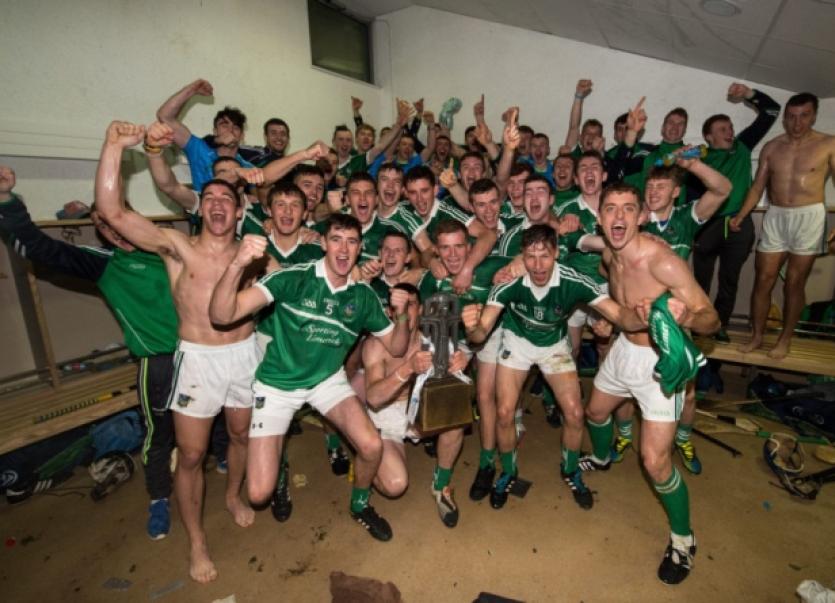 Limerick were crowned All Ireland U-21 hurling champions this Saturday evening thanks to a sensational 0-26 to 1-7 victory over Wexford.

Limerick were crowned All Ireland U-21 hurling champions this Saturday evening thanks to a sensational 0-26 to 1-7 victory over Wexford.

From start to finish, Limerick dominated this Thurles final with a most compelling style of fast, yet composed and clever, hurling, all bound together by a massive work ethic.

Limerick were simply sensational at times and blew away their opponents to win by 16-points.

This was a Wexford team that were beaten in the final 12-months ago and were the championship favourites from the outset.

After three seasons without an U-21 win Limerick were 16/1 outsiders from the outset but justified their 2/5 final odds with a dominant display.

Nine successive points in the final 10-minutes sealed the victory and such was the margin of victory thousands of Limerick supporters streamed onto the sidelines as the final minutes ticked down before invading the Semple Stadium pitch at the final whistle, which signalled a 0-26 to 1-7 victory in front of 18,544.

The victory maintains Limericks proud record of never losing an All Ireland U-21 hurling final.

From the early minutes, Limerick, with 11 starting players underage next season, looked very much on form, playing just as they did to beat Tipperary, Clare and Galway enroute to the final.

Limerick were 0-11 to 0-4 up at half time after dominating the first half.

It was a fist half that Wexford went 19-minutes without a score as Limerick led 0-8 to 0-2 after 20-minutes.

The early minutes were nervous but points from Pat Ryan and Barry Nash settled Limerick as the game was level 0-2 each seven minutes.

Then Limerick came to life with six successive points.

Tom Morrissey had two with Barry Nash in between to set the ball rolling.

Then on the 11th minute Limerick thought they had a goal when Ronan Lynch found the net but referee Johnny Ryan called it back for a free. While the absence of advantage angered many, the Tipperary official was consistent when doing likewise to Wexford’s Kevin Foley in the 28th minute.

Two Ronan Lynch frees stretched the lead and then Barry Nash had his second point from play to leave it 0-8 to 0-2 after 20-minutes.

Not for the first time this season Limerick then slightly faded and Wexford had two frees from Conor McDonald to cut the lead to 0-8 to 0-4.

But testament to Limerick they finished the half brilliantly with three fine points from play in a two minute spell.

Pat Ryan, Cian Lynch and Nash accounted for the vital points for a seven point half time lead.

While Limerick had nine scores from play in the half, Wexford had just one. When The Model County did find a way through Limerick defended excellently with Wexford’s Andrew Kenny denied goal chances by Richie English’s body block in the first minute and Darragh O’Donovan’s hook in the 21st minute.

Within 10-minutes of the restart Wexford had replaced both midfielders but the Limerick dominance continued and they led 0-14 to 0-5 with Pat Ryan and Ronan Lynch on target.

Although’s Limerick’s wides tally reached 12 with 15-minutes to play the Treaty men were 0-15 to 0-7 clear.

But the response from Limerick side everything about this thrilling team.

Nine successive points followed to seal the scintillating display and a most welcome All Ireland title.