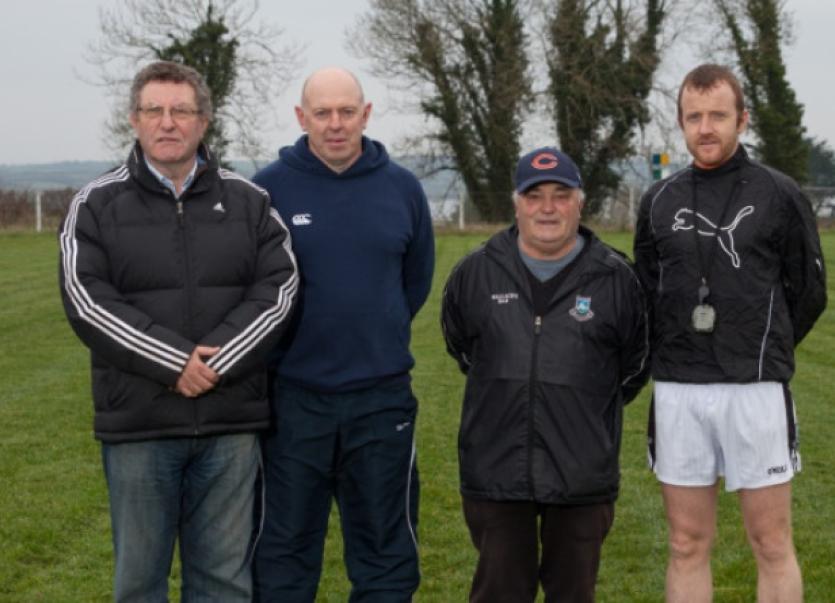 “THERE is no point going down to Mallow for a holiday,” warns Glin manager Paddy Madigan ahead of Sunday’s Munster club JAFC final against Kerry’s Brosna.

“THERE is no point going down to Mallow for a holiday,” warns Glin manager Paddy Madigan ahead of Sunday’s Munster club JAFC final against Kerry’s Brosna.

As a player Madigan was a stalwart of the Estuary side’s efforts to win the Limerick JAFC title for the last number of years.

At the outset of last year he made the move from player to manager.

If his players want for motivation ahead of Sunday’s Munster final against Brosna they need look no further than Madigan.

A psychiatric nurse, Madigan work in Dublin, lives in Kildare and travels home to Glin to manage the team.

It was one thing travelling the M7 and N69 when togging out as a player but when he hung up his boots, he couldn’t resist the call of management.

“I knew that this bunch were close and that maybe if we changed one or two things we could get over the line. About 10 years ago I was over the minor team for about four years and I knew the quality of the players. I am travelling up and down for the last five or six years I guess. As manager this year I am very lucky because I have selectors that can take training if I can’t make it,” he outlined.

“I am disgusted that I am missing all the excitement in one way. When I am home it’s all that people are talking about when you walk down the street or go into a shop - there wont be a person in Glin this Sunday,” he said.

“The club had gone quiet but now youngsters are now looking up to this team and we have had good minor and U-21 teams with Shannon Gaels.”

For Madigan’s Glin the route to Limerick glory wasn’t smooth after three county final defeats and numerous other falls with the winning line in sight.

“I was the same as everyone else and sometimes you would be thinking that we could be better off to be beaten in the west rather than losing county final and semi-finals all the time. They were heart-breaking and then you had to watch as they went on and maybe won the county and a few games in the Munster club. Maybe losing all those games galvanised us as a group.”

Last year they lost the Limerick final to Feohanagh-Castlemahon.

“There was only a kick of the ball in it last year against Feohanagh and we kicked a rake of wides. The players regrouped and came back stronger. We got back six or seven fellas who didn’t play last year for one reason or another and that was a real boost. From early in the year we could see that we were going better than previously. Everyone really stepped up to the plate. A massive thing is that we have nine or 10 on the bench that feel hard done by that they are not in the team and that brings a real competitiveness to training,” outlined Madigan, who is joined in the management by John Anthony Culhane, Liam Long and Billy Martin.

“It was a weight off them - especially the older lads, who maybe were thinking that their opportunity had gone. That day against Kilteely-Dromkeen was the be-all-and-end-all for us, that was ‘The One’,” said the manager of the county final win.

“After that anything was a bonus but then after the win over the Tipp crowd, lads started to get focused again and got the heads down. They started talking about a chance of winning a Munster title. We celebrated for a couple of days and why not after finally making the break through but that meant we were a bit sluggish for the first game in Munster against Inane Rovers but after that there was a massive lift in training before and since the Kill game.”

“We know we have a right chance,” he declares.

“It’s massive to play in a Munster final -some of the older lads in the club were taking about how they never played in a county final, never mind a Munster final. I can see from people outside the group that they are saying that we have nothing to loose but within our group the lads are saying we have won 13-in-a-row and why can’t we make it 14.”

He explains: “Playing the likes of Tarbert, Ballylongford, Moyvane is nothing new to us and there is never much in it. For us Brosna are just another north Kerry club - from when we are young we go back and play in tournaments and challenge games in north Kerry.”

“There will be no excuses on Sunday.”