Munster’s Botha keen to make up for lost time 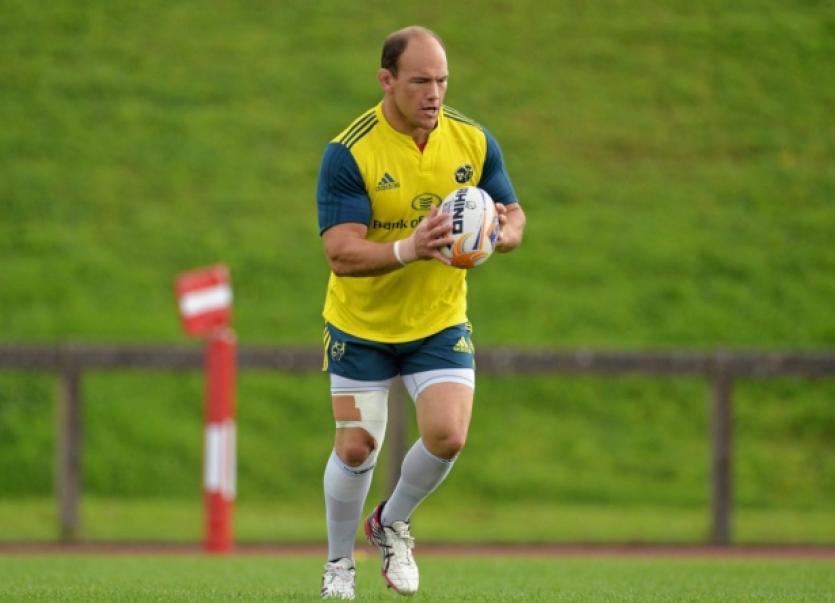 Thirty three-year-old Botha is in line to make his first competitive start of the season after missing the opening four rounds of the RaboDirect PRO12 with a knee ligament injury.

The World Cup winner with South Africa - who came on as a replacement against Leinster last weekend - has been ever-present for Munster in the Heineken Cup since his arrival from Ulster, racking up 15 appearances for the Southern province in Europe’s premier club rugby competition over the past two seasons.

Botha explained: “The injury I picked up against London Irish was frustrating coming off a whole pre-season with Munster. It has come good now and coming off the bench against Leinster has given it a good go and I’m looking forward to this weekend’s challenge. I think with these injuries you try and get past the physical part and now past the mental aspect. You have to forget about that and just concentrate on the game itself. Otherwise you will be worried too much about it.”

Since his arrival at Munster, Botha has witnessed first hand the impressive development of the province’s crop of young props, the likes of Dave Kilcoyne, Stephen Archer, John Ryan and most recently James Cronin.

Botha says that while competition for propping positions is keen in the team, players are quick to offer advice and share ideas.

“We learn off each other,” Limerick-based Botha said.

“I think that’s the expectation from everyone. In the front row, we take a lot from each other with live scrimmaging. As the best of buddies there, we can get in each other’s faces. There is productive side as well, have a chat afterwards on hoe we have done.

“I think now we can probably field any of our front six now, this weekend for instance, as a starting front row. That shows the guys going forward. We take a lot forward. The guys are learning and encouraging each other. I think now with the new rules, there is more emphasis around that.

“That expectation is there (that I offer coaching advice), but I’m still a player and I still want to play at the highest level. You have to learn off each other and have a productiveness as well.”

Botha appreciates the challenge Edinburgh’s props will pose in Murrayfield on Saturday, given the Scottish side’s strong South African influence.

He said: “I played against him (Willem Nel) when he was with the Cheetahs. I think Wian (du Preez) knew more about him when he was here last season, but I think he is a up-and-coming tighthead. He is a strong boy.

“Edinburgh have a strong front-row. They have a new loosehead Wicus Blaauw, a South African (former Biarritz and Stormers player). They can really get the team moving forward.”