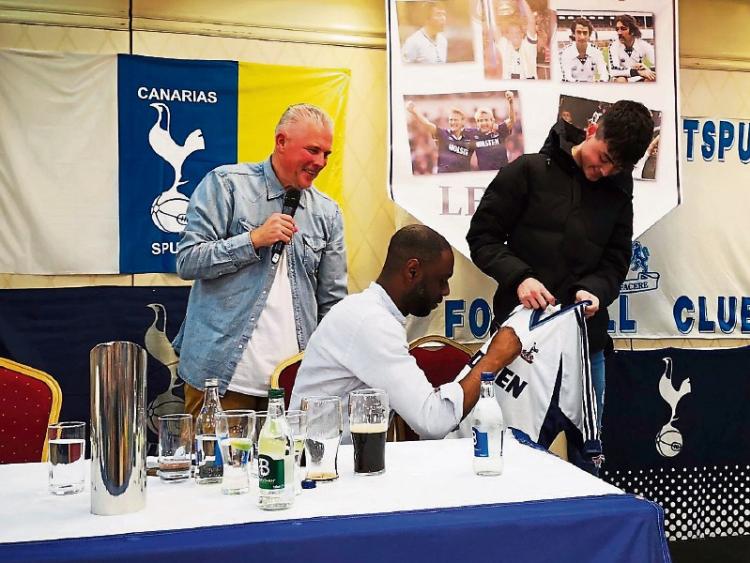 A NORTHSIDE teenager had an 18th birthday to remember after he enjoyed a surprise meeting with one of his footballing heroes.

Ryan Wallace-Hartnett, who hails from Kileely, joined his father Paddy at Dublin’s Red Cow Hotel, where a Tottenham Hotspur legends night was taking place as a birthday treat.

The star guest was none other than the club’s iconic former League Cup winning captain Ledley King.

And while Ryan was just happy to be in an audience of 400 at the event, organised by Dublin Spurs Supporters Club and Dave Elder, he was left “beaming” after the show’s host Richard Cracknell invited him up on stage to get the first Spurs jersey he ever owned signed by Ledley himself.

“I was nervous, I’ll be honest, when I was walking up, my heart was beating fast! I’d forget what he said to me. He wished me a Happy Birthday and thanked me for coming. I was just beaming smiling at him. He shook my hand as well. It was really nice, really good,” said Ryan, who is a Leaving Certificate student at St Clement’s College.

Paddy bought the unique jersey, sponsored by Holsten Beer, on the day Ryan was born, and declared to the then little baby that there was no other team he was going to be supporting in his life! 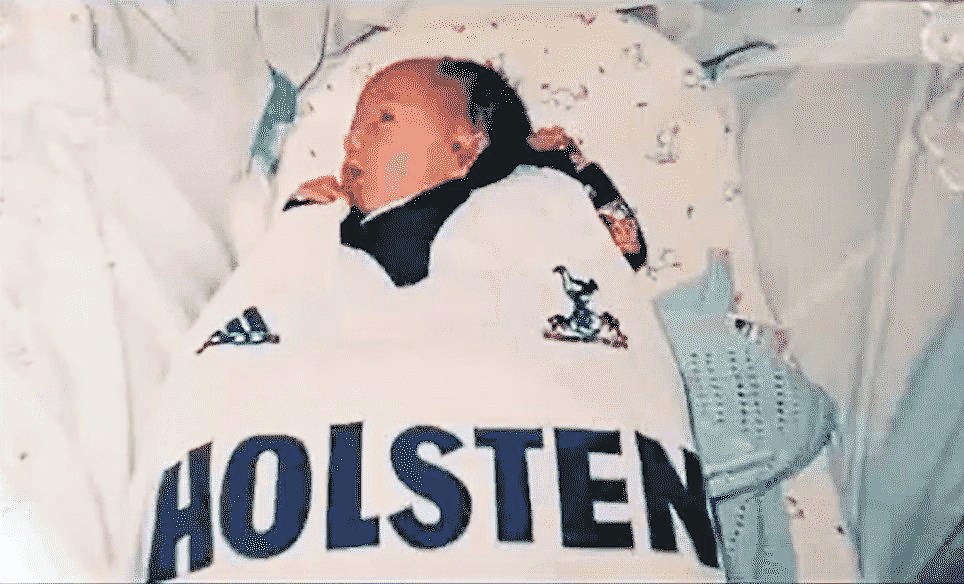 Ahead of the Spurs legends event, he contacted organiser Dave on the off-chance he could get the shirt signed by the central defender.

“It’s a jersey I’ve minded all through the years,” Paddy said, “I wanted to do something special with it for his 18th birthday.​ And it just so happens it coincided with the legends night.,”

Paddy, who chairs the Limerick Spurs Supporters Club, knew that his son would not have come to Dublin if he knew what was going to happen out of embarrassment – so he kept it under wraps.

”He hadn’t a clue, he had no idea about it. He was just sitting down like the other 350 or 360 people, before he asked to stand up. It was lovely, because everyone started chanting yiddo, yiddo, and the host Richard Cracknell began to sing Happy Birthday,” he grinned.

“You’d think because he is a professional football player, he’d have a bit of swagger. But he doesn’t. He waited an hour and a half to sign everyone’s t-shirts and get photographs,” the youngster added.