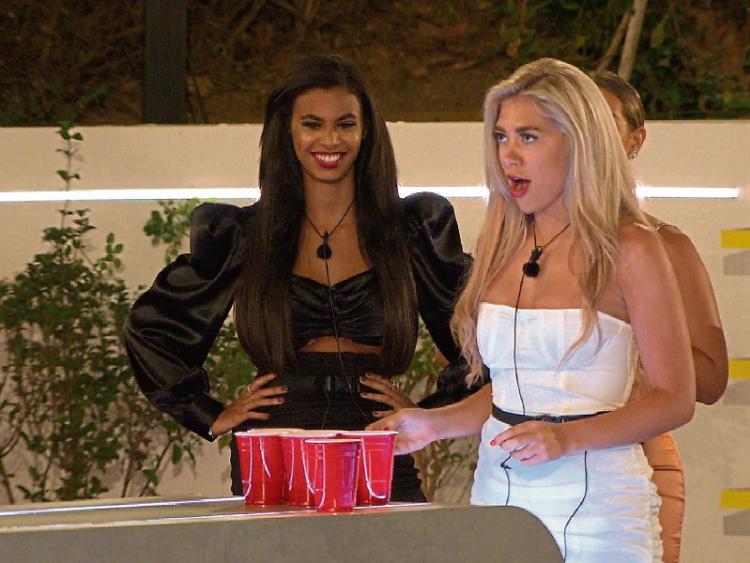 Following the exit of her twin sister Eve, Nas to Jess: “We’re all here for you if you ever need to talk.”

CONNOR ON CONNAGH PICKING SOPHIE AT THE FIRE PIT

After Connagh chose to couple up with Sophie in the recoupling, Connor says in the Beach Hut: “He should have gone about things a different way. He should have coupled up with Siânnise, got to know her, he could have still gotten to know Sophie if he wanted to.

“It’s hard not to be awkward now. It’s going to be a bit hard, but he’s brought that on himself.”

Later when Mike is giving Connagh his opinion on the situation - suggesting he could have done things differently - Sophie steps in.

She says: “You can’t even say that to him… he’s gone with his gut at the end of the day. I feel like you boys shouldn’t be beating him up about it.”

The Islanders get an insight into how well they really know each other tonight, as they’re tested on their knowledge of one another. If their answers match, they get a point.

From family members to star signs to favourite cocktails the Islanders set about trying to remember as much information about each other as they can.

With questions ranging from relationship history to worst habits, will things get awkward if the wrong answers are given?

And will the couples that have been together the longest come out on top, or will the newer pairings give them a run for their money…

Tune in tonight at 9pm on Virgin Media One