PICTURE THIS: The only antidotes for blushes of shame 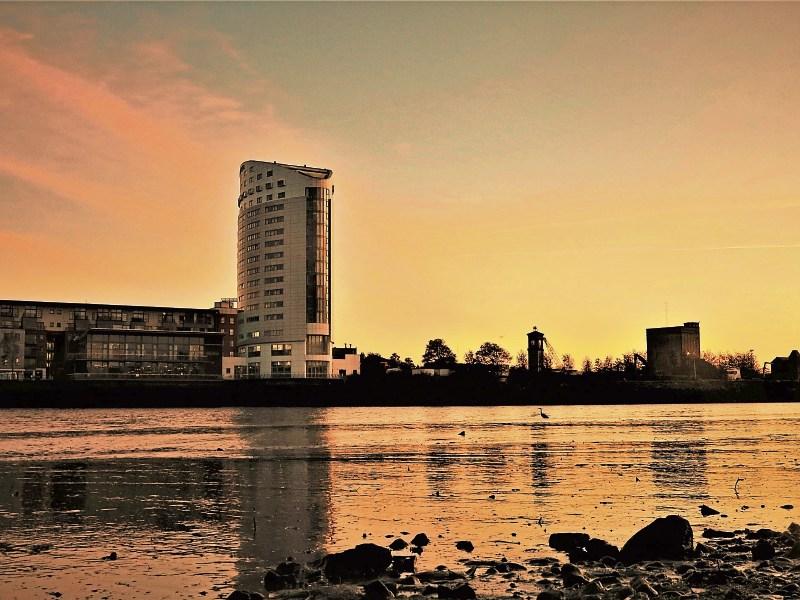 OFTEN I can read the thoughts in a man's mind from the expression on his face.

Not the obvious and primary thoughts like fear and joy, but the subtler ones like suspicion, uncertainty, incomprehension, and perplexity.

No matter how well concealed these secondary feelings would seem to be, I can recognise them at once, provided there is a concurrent and complementary action to assist me in my efforts at deduction.

Men who are caught unawares with expressions of surprise or shock on their faces tend to use unrelated sections in order to cause diversions in much the same way as the quail and jackdaw feign injury or impairment in order to divert enemies from the nest where young may be hatching.

A man will often light a cigarette for which he has no longing, thereby submerging or partially concealing his true feelings in the action involved.

You will catch other bending to tie their laces in order to avoid embarrassment or recognition.

These actions are the essence of diversion, and are part and parcel of every man's make-up.

Without them, we would have no defence against unwarranted prying or ignorant curiosity.

Nose-blowing into outside handkerchiefs is one of the most commonly used of all diversions, but since this obvious feint is always accompanied by a protracted stentorian sound, it serves to focus attention on the blower rather than divert the curious.

Any seasoned nose-blower can detect a fraudulent blower with little difficulty.

When I was younger, I sometimes indulged in nose-blowing of this nature.

It was mostly during men's missions that I practiced these distractions and deceptions.

There I would be, seated in the centre of the congregation, while the missioner held forth from the pulpit.

Then suddenly, a shaft would strike home,

Was he referring to me in particular?

I would blush furiously, not knowing that he was referring to the vast majority of the other sinners present as well.

There was nothing for it, but to produce the handkerchief there in to blow a nose that nose in no need of blowing.

What else could a man do to impede the surging tide of self-consciousness and to divert others into thinking that he was definitely not the only person who stood accused.

In my long experience of the diversion business, there is one ploy on to which I always immediately cotton, and that is the ploy of spud peelers.

In the dining rooms of hotels, that practice of diversion, spud-peeling, is very often carried to shameful lengths.

Let us take a typical example if for no other reason than to enlighten students of the human situation.

This, after all, is the primary purpose of our visit here.

Let us imagine that seated at a corner table is your average chap, a product of a decent home, good-living, prone to a fault like you and I.

In short; a very ordinary fellow who has arrived for the purpose of filing his craw.

He is first served with a soup that he manages to stow away successfully.

Then comes the main course.

Let us, for the sake of scientific progress, presume that it consists of roast beef, boiled turnips, a cabbage or mashed parsnip, alternatively, corned beef and finally, potatoes in their jackets.

You will notice, dear reader, that I have deliberately chosen what dieticians and theologians refer to as a substantial meal.

There is nothing out of the ordinary, no lobster or beast of partridge, no more or less than that to which millions of fortunate people address themselves every day.

Our friend is now confronted with the main course as we have shown earlier.

He adjusts is buttocks in his chair, and casually thrusts his fork into the body of one of the boiled potatoes.

Alas, he thrusts it too casually.

The potato breaks up, and to hide his embarrassment, he bends to pick up his napkin, which has fallen, with some assistance, to the ground.

He recovers the napkin, and takes a stab at a second potato.

This, he successfully impales.

He holds it aloft triumphantly and starts to peel away the skin with his knife.

He does not look at the potato, however.

Instead, he looks at the other diners as if he had a personal interest in each and every one of them.

This, of course, is a pure pretence, and therefore, a diversion to con any would-be onlooker into believing that he is a practiced potato peeler.

For want of concentration, he loses control over the second potato, and it crumbles from his fork all over the table.

As though nothing has happened, he pours himself a glass of water without spilling a drop.

He sips the water thoughtfully for a while, and then takes hold of his knife and fork.

He successfully impales the third and last potato, but this one disintegrates before he can raise it to eye-level.

This man, unfortunately, purely and simply, is a spoiled potato peeler.

The dropping of the napkin and the interest in other diners are mere diversions.

This man would be better off using his fingers as his forefathers did for years after John Hawkins (it wasn't Raleigh!) introduced the first potato to Ireland in 1565.

All potatoes, of course, as every schoolboy knows, came originally from South America, wherever little was thought of them.

They did not find their way into the land of the Sassenachs for another twenty years, no matter what historians may say to the contrary.

Walter Raleigh receives all the credit to this very day for the introduction of our friend, the spud to the land of saints and scholars.

This revelation of mine, however, is just a diversion that I use solely for the purpose of collecting my thoughts, before proceeding further.

Now that these thoughts have been collected, we are at liberty to press on.

Let us return to our friend, the spoiled potato-peeler.

He has now reached a stage in the proceedings, where he has no whole potato left.

He must, therefore, if he wants potatoes with his lunch, endeavour to recover the broken pieces from the various places where he dropped them.

To be seen doing this would be to lose face.

He has now run out of diversions, so he hails a passing waitress and explains that he was mistakenly served with potatoes in their jackets when what he really wanted was mashed potatoes.

The waitress returns immediately with mashed potatoes, cleans up the mess, and apologies profusely on behalf of the management.

Our friend, of course, must not be held to blame for having failed to skin the spuds.

Somewhere along the line, his tuition in this respect was neglected, and I suspect that his mother may have to blame.

Mothers, as is their want, serve whole platefuls to the sons they adore.

In the plates, several carefully chosen spuds are already peeled and ready to be eaten.

Meat, gravy, vegetables, and spuds are all tucked in closely together.

The aim of the mother is that nothing should impede her son's consumption once he gets underway.

Consequently, he leaves home and enters the outside world, unable to peel a potato.

This is the most common type of spoiled potato peeler.

Next in line comes your unfortunate who can do nothing right with his hands while seated at the table.

If there is milk to be spilled, he is the man to get on with the job of spilling it.

If there is gravy to be spattered, it will be taken care of by our man.

If there are spuds to be tossed all over the table and the floor, our Mister Butterfingers will see to it that the job is done properly.

If eggs are to skid off plates onto the laps of womenfolk, our men will see to the launching.

But what of his diversions?

At the height of his messing, he will open his mouth in awe, and stare at some unfortunate person at the other end of the dining room.

Others at the table are sure to follow his gaze, while he endeavours to do some mopping up on the side.

Another trick which works well is to point at somebody who has just taken a seat and say: "There's your man who was on the television the other night."

The essence of what I have been trying to say is where would we be without diversions.

There are no other known antidotes for the blush of shame, the agony of embarrassment, and the disconcerting faux pas.

This article first appeared in The Leader on December 18, 1976.