Out in the Open: Mauraduing Yanks in search of their folks 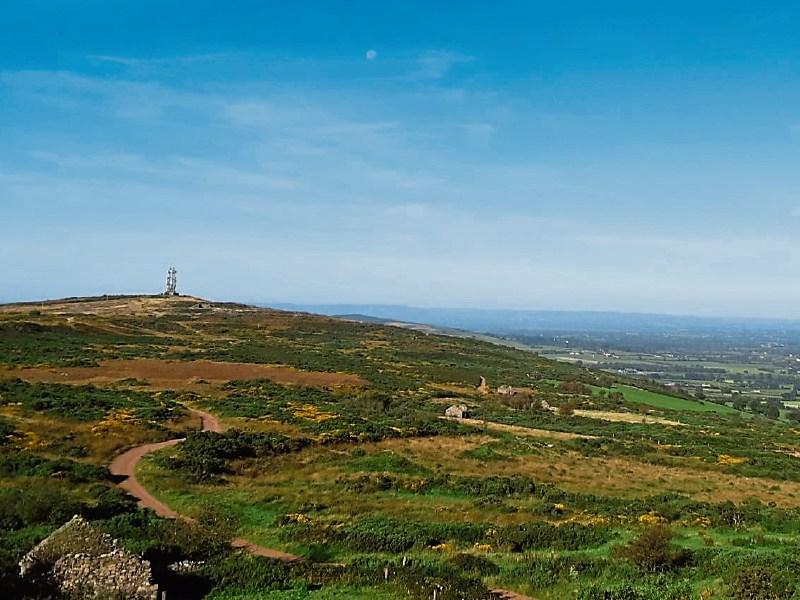 PICTURE THIS: "Away with the fairies": Sharon Hourihane, Donoman, Croom snapped the top of Knockfierna during last week's good weather. Sharon says that there is a lot of folklore about fairies at Kn

RECENTLY a woman wrote to me from Killarney in the hope that I might be able to trace her Irish relations.

Somebody had informed her that I would be the very man for such a job.

She has been three weeks in Killarney and in that time she had travelled all over North Kerry in a vain search for the home of her ancestors.

Towards the end of her visit, she met a man in the bar of the Great Southern Hotel who insisted she get in touch with me.

This mischievous wretch whoever he is had better look out if I discover his identity.

How dare he foist this poor woman’s problems over on me.

Already this year I have received several hundred Yanks all on send-the-fool-further safaris.

Most of these have been sent by people who wished only to get rid of them, and in order to succeed in this, it was necessary for them to paint a glowing picture of myself.

I was a man who loved to receive visitors, dispense Gaelic coffees, humourous anecdotes, and books.

Most of the Yanks were disillusioned and somewhat shocked to learn that Gaelic coffees have to be paid for and that books are not free.

Publishers, losers that they are, insist on getting paid for them at the end of every month.

Terrified that the lady who wrote the letter might get it into her head to call, I answered her by return post.

“Dear kind lady,” I wrote, “the gentleman who informed you that I might be able to help you is not really a gentleman, but a refugee from a nearby mental institution.

“You ask about your relations. I am afraid that, in this respect, I can be of no assistance whatsoever to you since I find it to be a full-time job timing and keeping track of my relations.

“Why are you not content the way you are, baffles me. I have a hundred or more identifiable relations and, believe me; I would be as well off with one-tenth of that number.

“In my impoverished days I could lay claim only to a handful, but now that I have achieved a doubtful notoriety this handful has swelled beyond belief.

Be thankful for the relations you have.

I ended up by wishing her well and informing in a postscript of capitals that I was just about to leave for Shannon on the first step of a flight to the Lesser Antilles where I would be remaining indefinitely.

This was to ensure that she would not land one morning on my doorstep and inflict herself upon me and mine for the day or maybe longer.

It is no exaggeration to say that the slightest concession to a marauding Yank is seized upon instantly and regarded as an invitation to spend the day.

For some years I innocently co-operated fully with those agencies who were forever sending me visitors of one kind or another.

In the beginning, I used to feel flattered, but as time went by I began to discover that I would eventually go broke if I did not draw the line somewhere.

Consequently, when an agent for some tourist or travel organisation would ring or write to ask me to visit meeting Yanks, I always declined and made it quite clear that I was no longer in that line of business.

When the agent persisted - they were paid to persist - I threatened violence, and in due course, the requests stopped altogether.

All the time, however, I am caught off guard by relation hunters and to those who may find themselves in a similar plight.

From time to time I have a formula which rarely fails to work when I am nailed red-handed with no other option but to listen to the details of the ancestry.

I pretend to absorb all, and then I announce that I know the fount from which these people sprung.

I take them to a crumbling, deserted bohawn with weeds sprouting through the thatch.

Always this is sufficient.

There are times, however, when the searchers show themselves to have real hearts.

They shake their heads and say: “The Famine”.

What they would like, of course, is an old-fashioned, respectable homestead with roses round the door, or better still, a rambling ascendancy house with the ivy-covered ruins of a castle showing discreetly in the background.

If the gentle reader finds my assessment of these overseas seekers somewhat harsh, please remember that I am the victim of a thousand disrupted dinners, lunches, and teas down the years.

I am the stander of innumerable drinks not liking, as it were, to leave down the side.

I feel I have played my part honourably and quite naturally would regard and further incursions upon my privacy as acts of hostility.

Our esteemed and venerable friend, Frank O'Mahony of Clyduff, Lisnagry, Co. Limerick, is in touch with us again this week.

There is no more astute observer of the human scene and neighbours of his to whom I was speaking lately assured me that Frank is an authority on all subjects under the sun. Here is his letter unabridged and unadorned:

“Dear J.B: Hoping you are well as I did not hear from you for a long time. I heard you were in Limerick last Saturday drinking with Seamus O'Cinneide alongside you in the Leader in Charlie St. George's opposite the station.

If we met, we would have a few pints. Big changes now in pubs, it is not like long ago.

Telly, darts and all the rest of the pints in the thatched pub were the sweetest because they would not open on a Sunday you would be very lucky to be let in to get a pint.

There were no big lights, only a bit of a candle on the counter.

There were big jugs inside, and it was drank the finest of all you wanted.

The price of it was hard to come by in those days - they used to shut at ten o'clock.

"O the fine fire of black turf and the open hearth and the barrels standing in front of you for all to see and you had your pint as good as today poured out of the jugs after been drawn from the wood.

All whispers, no shouting or screeching Guards padding around outside, not knowing the minute they'd strike.

Hoping to hear from you, Frank O'Mahony."

Frank never fails to conjure up a clear picture of some past scene.

There are few thatched pubs now, but although in the minority, they manage to attract their share of business.

The most adjacent one to myself is, of course, the Halfway Bar between Listowel and Ballybunion, once a favoured haunt of the late Maurice Walsh, the distinguished novelist who was born in the house next door in the heart of Ballydonoghue, a countryside he never forgot and which lie immortalised in his writings.

Indeed the Halfway Bar itself figures more than once in his novels.

Ever a spotless establishment, a warm welcome always awaits the visitor.

The lady of the house was once a Mary Hanley of Limerick, and she brought with her to this ancient hostelry all the quiet charm for which her native county is famed far and wide.

While recently pursuing a new booklet on witches’ potions and spells of other centuries, I was aghast at the changes which have taken place in the intervening years in the business of seduction of the male species and for good fortune and general good favour for same.

Read this for a recipe and see for yourself how imaginative were the witches of those times as compared to the newspaper counsellors of the present time:

"The tongue of a chameleon, if it be taken from her alive, doth conduce to a good success in trials, but you must take care that it be not brought into the house because that would be most dangerous."

"Take cold cream and mix with rosewater and the feather of a swallow. Anoint yourself with this and men will love you and be friendly. You will also be able to prevent quarrels between all those you meet."

What an ideal football referee this girl would make.

Let us press on, however, with the other formulae for success in the love stakes.

"Take the living heart from a young mole. Preserve it well in a jar for seven days. Then put it in a gold silk bag with three pieces of celandine and carry it always with you. Men will grant you anything you want."

"Soak the gold part of the marigold in water for three days. Each day add more marigolds. Put in the juice a little red wine and a white feather from a cock. Drink a few drops every day for a month, and men shall seek you out."

This article first appeared in The Leader on October 30, 1976.