Out in the Open: No wonder the farmers are doing well today 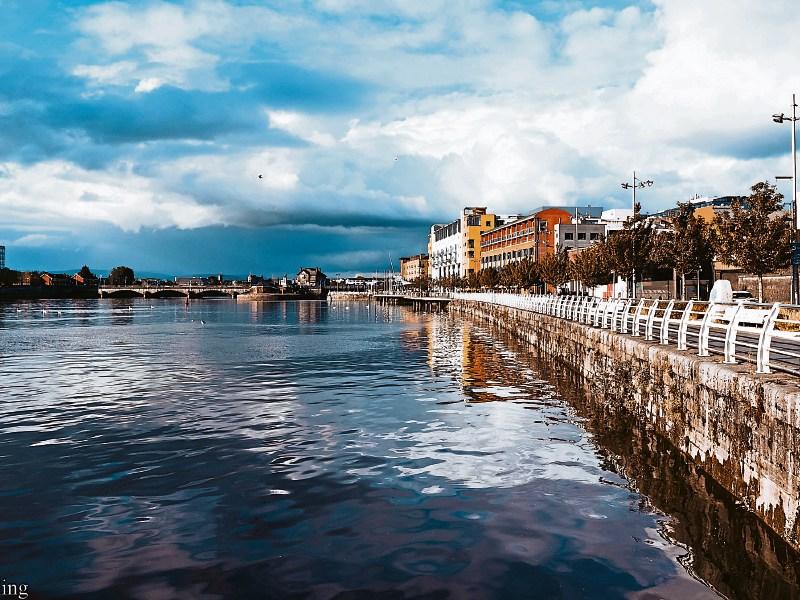 LOOKING out of my window the other morning, I beheld a long, static queue of cattle trucks, tractors, and cars with trailers attached and every other sort of traction-drawn cattle conveyor imaginable, all awaiting entry into Listowel's cattle mart.

Many of the tractor drivers sat listlessly with cigarettes in their mouths, waiting patiently for a long stream of vehicles to get under way.

What a change has taken place over the years!

In my gorsoonhood, only a fool or a millionaire could afford the luxury of holding a cigarette in his mouth where the wind, rather than the smoker, consumed it.

One also advertised the fact that he surely had fags to spare and declared himself a target for every nicotine-starved smoker in the area.

No matter where I looked, there was no evidence of hardship, no puckered faces, bony, and lean from worry and hunger, no evidence of stress or poverty.

All were clad decently, and many wore collars and ties and high-quality shoes.

I remembered their counterparts of the 'thirties and early 'forties, and I must say that never was a comparison so odious.

Those were tough times for farmers, particularly the smaller ones.

There were no tractors and trailers and no cattle trucks, and when a man wanted to take an animal to the fair, he rose at an unearthly hour of the morning.

The animal in question might never have been outside the bounds of the farm where it was reared so that getting it to the fair often meant to the use of a halter.

A strong heifer with a mind of her own was enough to weary a man for weeks.

I remember, in particular, a white heifer which was driven to town in the company of two other heifers by a small farmer who was forced to sell them because of pure impoverishment.

He entered the square of Listowel exhausted and bedraggled after a journey of five hours from the foothills of the Stacks Mountains.

It was only seven miles, but this was a good time when you consider that he had three recalcitrant heifers under his command.

To assist him in this marathon cattle drive, he had a reedy gorsoon of twelve or so and a small, lean, underfed sheepdog of indeterminate strain.

The gorsoon was his son, a useful lad with his legs, able to move with speed and precision whenever the heifers abandoned the roadway for the familiarity of adjacent fields.

No toll much was taken out of the young lad.

It was the dog and his master who suffered.

The dog was never properly trained, of course, and whenever he exceeded his duties by misdirecting or snapping at the cattle he fell in for, you guessed it, dog's abuse.

The farmer himself was far from fit.

Fear of hunger and overwork left him without the hardiness essential for the successful hustling of heifers over mountainy roads.

The trio of man, boy, and dog managed to corral the heifer's in a corner of the square.

Here they stood them until the jobbers saw fit to inspect them.

In transactions of this nature and period, it was every man for himself.

Backward farmers, unaware of the fluctuations in the market, were often forced to sell cheaply and prematurely rather than be left with cattle on their hands, which seldom happened in all truth, but there was the danger, and it was a trump card the jobber never failed to play.

Our man from the Stacks Mountains had little difficulty in disposing of two of his herd as the day wore on it seemed less and less likely that he would be able to find a buyer for the white heifer.

At the time the farmers of Ireland had little means in white cattle.

They were called bawnies and were notoriously slow to develop.

Fair-haired or blonde people were often nicknamed bawnies when one wanted to imply disparagement.

As the evening wore on our friend would repair now and then to the nearest pub where he would order and consume a medium of stout or maybe two if he chanced to run across an acquaintance.

Earlier, he had invested in a bag of buns and a bottle of lemonade for the son.

Buns were looked upon as luxuries in those days, and shown more veneration than fresh meat, sausages or black pudding.

In the heel of the evening, the dog wandered off after a passing birch.

The youngster, drowsy from the early rising and the long trek of the morning, fell fast asleep where he sat on the kerb.

In the pub, the boy's father forgot the woes which had ground him down all the year.

Reluctantly, he left the dreamland of sawdust, barrels, and bottles and made his way to the corner of the square where he had last seen his heifer, his dog, and his son.

Dogs could be had for the asking, but a heifer, even though white, was a different matter altogether.

His first act was to wake his offspring. His second was to present him with a box in the ear, this to refresh his memory regarding his last waking impressions of the vanishing heifer.

The youngster, alas, had no idea where the animal had strayed.

The procedure for dealing with missing cattle in those days always followed a ritualistic pattern.

First, there was a visit to the guards' barracks orderly who promised to do his best to locate the animal.

This done, the next step was to a central newsagent who would display a description of the stray away on his front window for a modest sum, generally in the region of a threepenny bit.

The next step was the schools.

In most towns, there was a national school for boys and another for girls.

The visits to the schools was another day's work, and there was a fair chance that they might encounter the heifer on the way home.

This, however, they failed to do.

The following day the man from the Stack's Mountains mounted his bicycle and headed for the town.

It was a wet and windy day, but this did not deter him.

First, he called to the barracks, but there was no word there.

He tried the boy's national school before the others, for the simple reason that he had once attended such an establishment although without a degree whatsoever of success.

He tried each class in turn and ended up in ours, which in Oriental parlance, might be termed the Class of the Sixth Book.

Here the teacher received him courteously.

Then, in his own words, he gave a description of the heifer.

"She war a narra Bawnie," he informed us.

"She war stone mad on top of it, and she have only a horn and a half."

Several hands shot up, and their owners clamoured for attention.

The teacher ignored them.

He knew they were only budding Thespians who hungered for the limelight.

When the initial clamour had died, the teacher repeated the description.

"Where did you see her?" the teacher asked of the first.

"Sir, I can't remember the place, but if I was taken down here I'd remember it."

"Sit down," said the teacher.

Here, he knew, was a dodger looking for the rest of the day off.

The teacher questioned the second boy, who provided an accurate description of a bohareen where he had seen the heifer that morning.

The face of the man from the Stack's Mountain lighted up.

When he had first entered the classroom, wearing his black coat tied with an out-sized hairpin at the throat, he looked like a corpse with his ashen face and his dark curly hair hanging wet from under his drenched cap.

He carried an ashplant, and his coat was bound round with a length of home-made hay rope.

His dripping trousers were thrust inside his turned-down wellingtons and round him, where he stood, pools of water were forming on the floor.

Looking back now he looked the very personification of the blighted 'thirties, a beaten man, but a man who refused to give in.

It's no wonder farmers are doing well today.

God owes it to them from the days of the Economic War and the hungry years that followed since.

This article first appeared in The Leader on October 9, 1976.