John B Keane: Feel sorry for the poison pen letter writer, not angry 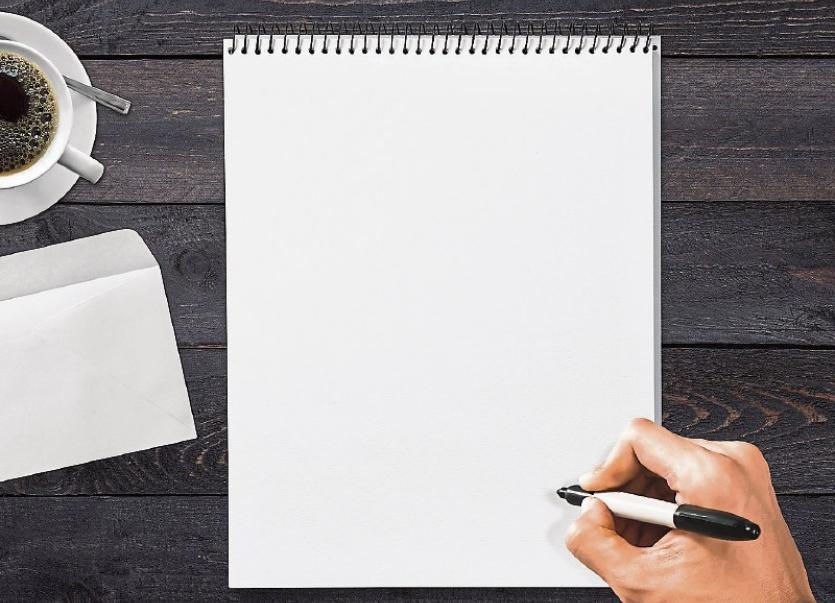 ANONYMOUS letters again this week. This week there is a long one, a poison pen epistle from London. I gave it away after the first two pages. It must have been twenty pages long. It was a deliberate attempt to misinterpret a statement I made recently on television.

With regard to poison pen letters, I have this to say. Those who write them are in dire need of medical treatment and the letters, instead of being frowned upon, should be given to one’s local doctor.

He will find men in his own field who may be helped in their study of mental problems by such letters.

This latest letter sent to me is only one of hundreds I have received down the years. Whenever I receive good publicity at home or abroad in newspapers, magazines or television, these letters never fail to arrive. At first I would be worried but as time went by I realised that the unfortunate people who write the letters are not really to blame.

Envy, jealousy, annoyance, resentment and hatred are in the makeup of every human being and when these fester or turn sour the result is often the nasty anonymous letter.

The first one I ever received was after I wrote Sive. The letter was posted in Listowel and it had a clipping from the Catholic Standard enclosed.

It was a very vicious letter and the clipping was attached in a futile endeavour to support the claims of the writer. My wife and I were very upset at the time and spent a few sleepless nights over it.

I was so upset that I decided to find out who sent it. A tall order one might think. Not really.

The fact that the letter was posted in Listowel did not necessarily mean that the writer was a native of Listowel. However, I had a hunch that the person was from Listowel.

At the time, quite a number of people in the town received the Standard every week. I was one of them. I found out who many of the others were and I proceeded to investigate.

It was simplicity itself. A woman friend, on my instruction, would borrow a Standard in an effort to trace the writer.

Eventually, a Standard turned up with a piece missing. The piece I received fitted perfectly into the vacant space.

I, therefore, found out without difficulty who the writer of the letter was. I got the shock of my life, so much so that I never want to know the identity of any poison-pen author again.

The woman was a stout churchgoer and avowed goodie.

All I did was to hand her back her clipping and letter. She accepted without a word and I recalled a number of good turns I had done her down the years.

The moral here is this. If you receive an anonymous letter tomorrow or the day after or any other day do not be upset. Rather be concerned for the sender.

This is a time of year when there is unprecedented demand for live hares. There are many ways of catching live hares. are hunters use nets and they use powerful torches at night but despite these methods there is still a scarcity.

The hares, of course, are used in the most controversial of all diversions, none other than greyhound coursing. They are at present fetching as much as £5 per head.

We will not go into the rights and wrongs of coursing just now. The question I will pose is this: are hares declining in physique?

Have the best specimens been eliminated over the years so that now only the íochtars, as it were, are left? Most West Limerick and North Kerry clubs go to Galway for their hares, although there was a time when Lyreacrompane was the Mecca of all known hare trappers.

There can be no doubt that the hare population of Ireland is seriously on the decline and the way things are going there won’t be any left in the end of another decade.

The late Dan Paddy Andy, the famous Lyreacrompane matchmaker, was a great warrant to direct hunters and trappers after all kinds of game.

Sometimes, he would accompany the hunters and since he was bad in the sight he would often call at a neighbouring house to ask if there were any hares in the area.

His favourite approach was to knock at the door of the house.

“Any hares in your quarter, missus?”

In Dan’s young day, hundreds of fowlers from a wide area would converge on the vast expanse of Lyre Bog when the shooting season opened.

Amongst these fowlers were many priests. One day, a local priest was hosting an American monsignor. Both were dressed in the usual fowlers’ garb, and Dan had no knowing that they were priests.

They called at his house and were offered tea, which they refused. Finally the local man asked Dan if there was any game in the district.

So saying, he led the monsignor and the priest along the roadway for a spell. When he came to the junction he pointed towards a nearby hill.

“There’s a cottage up there,” Dan told them, “and there’s a widow there after coming home from England and she’s game to the tail.”

Still all of this has little to do with the problem of the disappearing hare. Dirha Bog and Derk near Duagh and the whole hinterland of Abbeyfeale, Listowel and Newcastle once abounded in hares. These were a very powerful breed, stockier and stronger than the hares of Galway and Mayo although not as fleet.

Places like Clounleharde and Ballygiltenane, Carraigkerry and Turrarree were once alive with hares but now they are as rare in these places as grouse.

The reason for the decline in the hare population in North Kerry and East Limerick is obvious. In this area there is a concentration of major coursing meetings every winter and for these hundreds of hares are required annually. Naturally, the hares had to disappear.

aw, to mention but some. At no point is there a distance of more than forty miles between any two of these meetings. The number of hares required boggles the imagination.

Something will have to be done quickly if the hare is to survive.

The late, great John B Keane was a Leader columnist for more than 30 years. This column first appeared in our edition of November 24, 1973

“SEVENTEEN pounds is an awful price for a bodhrán,” writes Drummer of Sirand, who does not want his name mentioned but is a familiar face at wrenboy competitions all over Limerick and Kerry.

The remark was prompted by Sonny Canavan’s statement in last week’s Leader that he was charging £17 apiece for homemade bodhráns.

“I can walk into any shop,” Drummer continues, “and buy a span new drum for twelve pounds, a drum that will last.”

I showed his letter to Canavan and asked him to reply.

“Tell him buy the drum,” Canavan countered, “and let them that wants bodhráns buy bodhráns.

SONNY CANAVAN assures me that the love potion known as Coaxiorum exists and is still in use not far from where he lives. Others have told me that same thing. Willie Finucane and Jack McElligott were offered doses of it but declined to take it on the grounds that natural love was better than artificial. I asked Canavan if he knew what the formula was. He had a rough idea but could not come up with the identity of one ingredient.

“All I know,” said Canavan, “is that it grows in the bog and it’s like a water leaf but it isn’t a water leaf.”

He told me that Coaxiorum was very common when he was a boy but that its use had declined altogether since the Second World War.

“I seen a man to cycle from Carlow on a false account,” Canavan told myself and Professor Phil Deane, who came to see Canavan about bodhráns. Apparently it was 1940 and one evening a man on a bicycle appeared in Dirha West. He asked the whereabouts of a certain woman and he was taken to her. He produced a five pound note, a lot of money in those days, and offered it to her for a dose of Coaxiorum but when she learned he wanted to use it on his master’s wife, she cleared him from the place. So much for Coaxiorum. Maybe some of my readers will have a word or two to say about love potions.