Shy singers didn't always face the music in days past 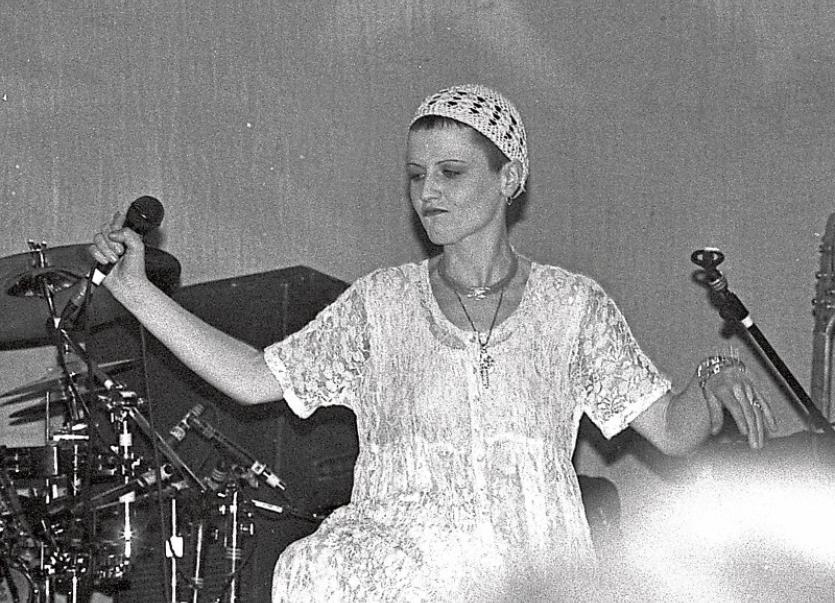 Dolores O'Riordan herself wasn't always a confident performer, some singers in times past didn't even dare sing in the same room as their audience

LAST SATURDAY week on my way home from Ennis, in the noble county of Clare, I was persuaded by a friend to visit the house of his aunt in Newmarket-on-Fergus.

The purpose of the visit was to enquire after her health. About a mile or so from the village we stopped at a house to enquire about the general direction of my friend’s aunt’s. We were most courteously advised as to the whereabout of the house but as we were about to depart, I was asked if it were true that I was one and the same J. B. Keane who appeared on the Frank Hall Show. There was no point in denying the fact so I owned up.

We were hauled indoors at once and given strong drink. Then I was asked if I would have the patience to listen to a very good voice. I agreed and in a matter of moments the owner of the voice was produced. He was a chap of thirty, a brother to the missus of the house, and all in all a presentable-looking fellow albeit a trifle on the shy side.

“The bother is,” said our hostess, “that we’ll all have to turn our backs to him when he starts. He’s cruel shy and can’t sing while one is looking at him.

“Why not let all of us stay as we are,” my companion suggested, “and let him turn his back to us.”

The compromise was acceptable to all concerned and very soon the shy singer was belting through the first verse of “We’re off to Dublin in the Green, in the Green.”

He was a tolerable singer but alas it was obvious after a few verses that he would never make a living at the game. We waited patiently while he went through his entire repertoire. My companion excused himself on the grounds that he had to answer the call of nature. He never returned and I was left alone to face the music. Eventually, it ended and I left. I woke up my companion who was fast asleep in the car.

THE INCIDENT reminded me of singers I knew when I was younger. I remember in particular to be in Lyreacrompane as a boy when we all went rambling one fine Sunday to the distant house of a family connection.

One of the household was asked to sing and I was greatly surprised to hear my relations explain that he was a room singer. That is to say, he would sing down to us from the privacy of the room. This was commonplace at the time in country places where people, for the want of exposure, were inordinately shy.

In fact, most singers of the time were room singers and could not sing any other way.

In those days, too, I met a few bucket singers. Again, the root cause was shyness.

Your bucket singer would pull an empty bucket over his head so that nobody could see him. We could hear him alright and, if his voice was stentorian itself, the end result was clear and plain.

In addition to bucket singers, there were quite a few bedroom singers. These were shy too. The idea was to go into one of the bedrooms most adjacent to the kitchen, there to cover the head and body with bed clothes and to sing away to the heart’s content.

Then there were reserved fellows who would go out of doors and sing in through a half-open window.

However, as I stated earlier, the most common signers of the time were room singers, and if a man serenaded a party of guests from the safety of such a retreat no notice was taken.

GLIN COURSING is over for another year and amen I say, for my head is like a pot from two consecutive nights carousing in the storied old town.

The Glin hinterland and Ballygiltenane in particular is a great place for the rearing of greyhounds and I was amazed to hear a Glin man reel off a list of dogs which at one time or another were household words.

Greyhounds are greatly prized in Glin. Perhaps this is one of the reasons why the annual coursing meeting is so successful.

I heard a true story about a famous wake in Glin around about the time the great greyhound Ballygiltenane Tom was in his heyday.

It was a flahool wake and there was no scarcity of porter, wine or whiskey.

Eventually, the clock struck twelve and all knelt to say the rosary. This was followed by the litany.

“Pray for us,” was the response from everyone present.

“Tower of Ivory,” came the voice.

“Pray for us,” from everyone.

“Pray for us,” said everyone present.

I don’t know what happened after that but the story is absolutely true. Inevitably the question was asked, “What’s happening to hares?” It was agreed that the standard of hares had fallen.

“The same thing that’s happening to cats and pigeons,” said John Joe Cronin of Ballygiltenane, “no interest in their work.”

It turned out that the same John Joe Cronin is related to the renowned Thady Cronin, the most famous and the wittiest postman ever to hand out letters in North Kerry.

It was John Joe Cronin who told me about the biggest head of cabbage the world has ever known.

It was grown in Croagh by a farmer and so thick was its stump that a crosscut had to be used in the cutting of it. When they were dragging it out of the garden with ropes the head got caught in a gateway and all their efforts failed to shift it.

Eventually, the farmer tackled up a horse and quin and dragged it clear. It fed the 17 families in the townland for two weeks and three days. If anybody knows of a bigger head of cabbage I would like to hear about it.

I HAVE before me seven letters from West Limerick and North Kerry concerning the vexatious question of rubber women which I brought up in these columns a fortnight ago. Two of the letters accuse me of being immoral whereas the other five are written by middle-aged bachelors who would like to purchase a rubber woman each. I am not at liberty to disclose the name of the Listowel draper who stocks these women but he is a well-known figure.

He warns me that stocks are low owing to heavy demand. All he has left at the present are two second-hand replicas of a well-known American film star. These are patched in several places but still serviceable if handled gently.

The late, great John B Keane was a Leader columnist for more than 30 years. This column first appeared in our edition of October 27 2017

AT PAKEY Geoghegan’s, I met Tim Hogan and he told me a story about the Tarbert ferry. This family took off one fine Sunday from the other side of Glin to have a look at the ferry and maybe cross over to Clare if the cars weren’t too numerous.

They brought the old man of the house with them. Eventually they drove aboard and soon they were on their way to Clare. As soon as they landed at the Clare side the old man expressed a desire to return home at once.

“There’s nothing here,” said he, “’tis only the same as our own country.”

In another pub I was complimented by a butcher on an article I once wrote for the Leader on the subject of turnips. An interested listener intervened. “Turnips is interesting,” said he, “but not half as interesting as them that eats ’em.”

The talk turned to meat and the colossal price of it, indeed, the colossal price of everything. We were told that thin steak is no use for frying. No matter how tender the meat may be beforehand, if the cut is too thin the fried result is something akin to rubber. The steak has to be thick to fry properly so the best advice to steak consumers is to buy it small and thick not wide and thin.