John B Keane: Begrudgers give a great insight into human condition 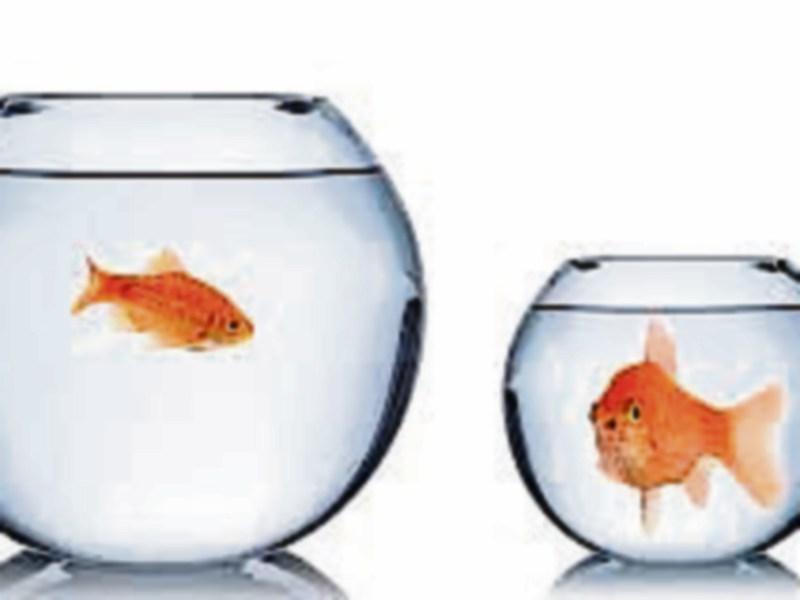 THERE WAS once a neighbour of mine who became very annoyed when he heard people talking in a different accent to the one used by himself. He was the same about clothes.

The less he knew about people the more he resented them and if he heard a neighbourhood success story, such as honours in the Leaving Certificate, he would say of the successful party, “Blast him, that’s as far as he’ll go.”

This man, without knowing it, was a great asset to me personally because he gave a new insight into that most complex of all creatures, the human being.

We are all like him in one way or another.

We are adequately endowed with a choice stock of natural resentment which, when properly treated with personal failure, can turn into healthy jealousy. This, in turn, can lead to dislike, disgust and even hatred.

The gentle reader will be asking at this stage why I have opened in this vein.

The answer is that I recently received an extremely nasty anonymous letter and I would prefer not to have found out who the author was. I posted the letter directly back to her and had my worst suspicions confirmed when she stopped saluting me on the street.

However, as the old woman said when she was being swept away by the flood: “It’s only all going through life.”

SONNY CANAVAN, without his talking dog, was the subject of a half-hour-long television programme in his native Dirha Bog last week.

The makers of the film were Danish Television and the subject was the making of bodhráns, on which Canavan is an undisputed authority.

His herd of 37 goats, led by the veteran puck, Rajah, cavorted between stoolins of turf to the delight of the cameraman.

One would think they were specially primed for the occasion. Canavan explained that they were unused to cameras and only the hoary-headed puck was familiar with humans.

These are in the habit of bringing she goats to him to be serviced at a rate of twenty-five pence per head.

Canavan, in his own inimitable way, explained in detail how a bodhrán was actually made, from the killing and skinning of the goat right along to the final tacking of cured skin over the timber rim.

As to the origins of the bodhrán, he was not prepared to comment and the dog, Banana the Sixth, who returned home recently was nowhere to be seen.

It is fairly certain, however, that the bodhrán or tambourine is of Arabic origin, although it also resembles in almost every detail the Greek instrument known as a tympanon.

By the end of the fifteenth century it seems to have declined in use except where it survived as a folk instrument.

The origins of all drums are obscure but I would imagine that the bodhrán was originally a leather shield which was beaten upon by its carrier to intimidate an enemy.

The effect a thousand or so would have on an opposing group beating at the same time with fury is not difficult to imagine.

As time passed, it came into use more as a drum.

According to Canavan, the old people would never use cipíns to beat the bodhrán. They preferred to use the knuckles and some, particularly ladies, would use the fingertips but the sound was muted when only the fingers were used.

MANY IS the fine poem which was composed in honour of that once proud bird to whom we refer as the seagull.

White bird of the tempest, thou beautiful thing,

With the bosom of snow and the motionless wing,

Passing near a town dump the other day, I beheld that the surface was white all over and I presumed at once that a shower of hail had fallen before its time.

I was wrong, however, for as I drew nearer a great flock of seagulls soared upwards in all directions, squawking furiously at being disturbed in their search for food.

These dump gulls or inland gulls should not be called seagulls. They are a disgrace to the profession and I am reliably informed that they spend more time in rubbish dumps and quarry holes than they do near the sea.

Even farmers of my acquaintance are complaining about them. They tend these days to swoop on hens and chickens and devour the daily rations of these decent, egg-producing fowl.

From my own experience, I have seen a seagull, so-called, descend on an ice cream which had fallen from a child's hand, take it in his beak, and fly off without a backward look.

Worst of all, they have descended to fighting with crows over portions of food and refuse.

Readers will be glad to hear that these inland gulls are the match for the clever crow. Black as the crow has been painted, there is no fear you’ll catch him on the preserves of seagulls.

For the present I’ll say no more except to conclude by noting that poets are easily deceived and that you never catch an albatross descending to the role of scavenger.

NOW FOR a true story about the Fleadh Cheoil. It was three o’clock on the Sunday morning of that memorable weekend and Sonny Canavan, accompanied by his talking dog, Banana the Sixth, was heading for his home in Dirha.

At the Convent Cross, where Canavan and the dog were due to turn left, there was a crowd gathered around a man who was vainly trying to sing a song.

He was fairly drunk and, according to Canavan, had a voice like a rasp. Someone in the crowd shouted at the singer to belt up but the fellow replied that he would not.

“I sang in Covent Gardent,” said he, “which is more than any of you can say.”

At that, Canavan’s dog growled furiously and launched a surprise attack on the singer who fled at once, followed by Banana the Sixth.

After a while, the dog stopped his pursuit and threw this parting shot after the would-be entertainer, “You might have sung in Covent Garden,” he growled, “but you’re not going to sing in Convent Lane.”

The late, great John B Keane was a Leader columnist for more than 30 years. This column first appeared in our edition of September 29 1973

LISTOWEL WAS visited last week by the famous wandering bard, Francis Kendall-Husband. The following is part of his recollection of that visit. The letter is unexpurgated and is reproduced here unaltered and untouched.

Francis was on his way to Clare to see the Taoiseach, Mr. Cosgrave, in order to make a complaint about the speed at which Irish motorists drive their cars.

“Dear John B., Into Listowel the other day came the most famous of TRAVELLERS of the road this century.

“Anxious to leave Irish roads and seek an Irish wife. He is not an itinerant. He is known to journalists in many parts of Ireland and Britain and has more friends in the Garda Siochana than any other man or woman in Ireland, friend of high dignitaries in the Catholic and other churches.

Made a name for himself the other day when he played Beethoven, Haydn and others in symphonic vein as an ordinary countryman when he did justice for himself in Dr. Bryan McMahon’s boys’ class.

“In Askeaton last Saturday, the Bard gave a great entertainment in May Collins’s Bar and got a welcome and a great dinner in return.

“Currently he is off to Charlestown in County Mayo where he hopes to stay for the winter months and exist on £5 a week dole until he can get the offer of a job.

“Food for thought. Listowel has no public toilet or bed for the homeless poor man except the Cattle Mart floor. Something to think of for Kerry folk who can sleep on comfortable beds every night.”

THAT IS ALL from Francis. True, Listowel has no public toilet and from the looks of things it never will have one. No other town of its size in Ireland can make the same boast.

Many people who have visited Listowel will not readily forget the fact that a search for a public toilet proved in vain. It is one of those things which lingers on in the memory when other experiences have long been forgotten. As a man said to me once when I met him in the town square where he had been fruitlessly searching for the town lav, “You can bring many a quare souvenir from Listowel.”