Look before you leap to defence of one-eyed man 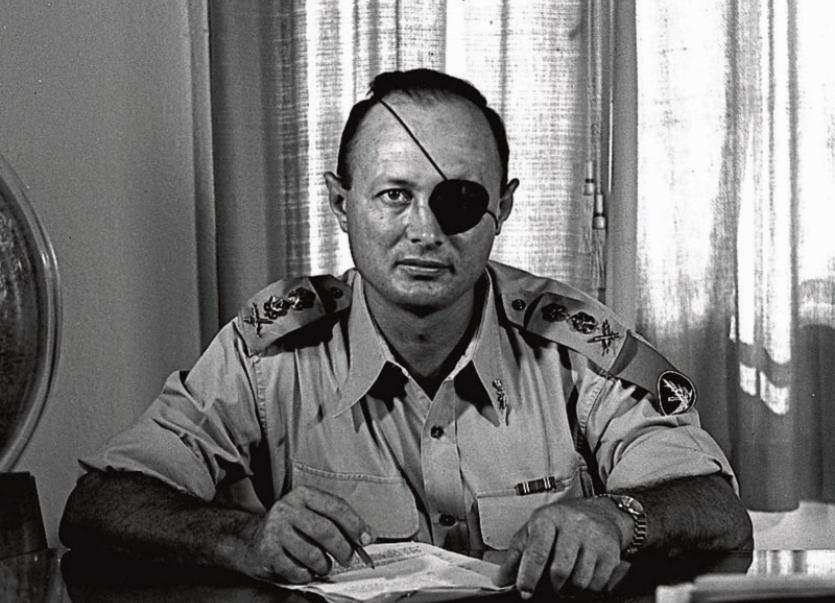 NOW FOR the airing of an misunderstanding. I have before me a letter from Mrs. Julia Kenneally of Rathluirc (Charleville).

“Dear Mr. John B. Keane,” she opens, upon what I can foretell is going to be a lively epistle, “the cheek of you writing about my uncle, Moss the Daint, or Mossy Neville, which is his right name.

“But for Nora Stack, my neighbour, showing it to me in the Leader, I wouldn’t have noticed it at all.

“There should be a law or some way of dealing with you the way you treated a dead man.

“Moss the Daint is only dead three years and there was never a better man, so don’t you ever again mention him in that paper.

“His father came from your own part of the country and you should know better. He was as good as Jerry Molyneaux, the famous dancer, any day and that was why he was called Moss the dainty man on account of his steps and the way he kept himself always.

“We will not mention his deficit, which was the Will of God, and that it may never happen to anyone of you or yours and God send no worse to this world. He lost the eye on a building. It’s no way for your to talk of him, I warn you.”

There the letter concludes and I must confess that for a long time it bamboozled me. I could not recall mentioning any Moss the Daint. It was the losing of the eye which gave me the lead.

I recalled that last week I mentioned how Sonny Canavan, proud proprietor of the celebrated dog, was referred to in these columns as the greatest one-eyed man alive, superseded only in fame by the great Jewish soldier, Moshe Dayan.

I fear that Julia Kenneally and her neighbour, Nora Stack, mistook Moshe Dayan (pictured above) for Mosheen the Daint.

The fact that Dayan and the real Moss the Daint had each an eye missing further convinced these two sweet ladies that it was indeed Julia’s dear departed uncle who was in question.

I hope all is now quite clear and that Julia Kenneally will look before she leaps in the future.

JER MULVIHILL, the Ballybunion faith healer, is in the news again. Jer, who was a well-known guesthouse proprietor for many years in that delightful Atlantic resort, is the seventh son of a seventh son.

That he has healing powers would now seem to be absolutely certain. I saw him myself cure a man with a sore shoulder merely by touching the shoulder. He refused a substantial sum of money in American dollars on the occasion.

Almost every day people came to me with stories of his unique powers. I think it is high time that he made his appearance on our television screens.

He is a man with something to say and he should be allowed to say it.

THE SUBSCRIPTION list for the erection of a memorial stone to the late Paddy Drury is now closed.

There is no need for further subscriptions and since the list has been open and well-advertised for the past four years, I feel that it is high time we did something practical.

There is now a sum of £40 in the kitty. I propose to hand this money over to Tom Enright, the monumental sculptor, this very day.

Tom has very generously undertaken to cut his price since he himself is a longtime admirer of Drury.

There will also be mention of Drury’s three brothers and one sister on the stone and so ends one of the longest collections in local history, but it was well worth all the trouble in the end.

ALL IS NOW set for the seventeenth All-Ireland Wrenboys’ Band Competition at Listowel on the night of Friday, September 28.

Already the following groups have qualified for the final: Askeaton, who were last year’s winners; Dreolín an Croise from Kilrush, who qualified in a special competition and who were third in last year’s final; Ballinamore from Connacht who were the runners-up in that championship; Mohill, the Ulster champions; Kingscourt, the Munster champions; Shannon, which group hails from Shannon Airport and who won the Munster final so very convincingly in Glin; and, finally, the Gorey Wrenboys, who are being specially invited to represent Leinster since there was no Leinster championship held in that province last year.

This year there are to be substantial prizes for outstanding individual performances at the discretion of the adjudicators. There is to be a special bonus for each of the groups of £25.

It looks to be one of the most promising festivals ever and, after the recent outstanding success of the Fleadh Cheoil, the organisers will be most anxious to succeed again.

WILLIE FINUCANE, the Bard of Knockanure, and star television performer to boot, has written another poem about the entry of this country into Europe:

Poor people of Ireland, you were promised it great,

Since you went into Europe, you’re paying more for your mate,

The new cost of living is soaring so high,

If you can’t stop it soon, it must reach the sky.

They joined up with Europe and hoped for the best,

They planned to go East but their plans are gone west.

“We’re flooded with butter,” the Opposition did shout,

But we’ll need it at home, so then why send it out?

You odd bunch of screws, are you losing your heads?

At eight pence a pound, you’re just feeding the Reds.

Willie has a good deal more to say but I feel he has made his point.

BEFORE I close this week I would like to quote what Jack Lyons of Derry had to say about Paddy Drury:

“Before I went to the States,” Jack told me, “it was the fashion to learn Drury’s ballads by heart. I remember him well, especially at wakes, where he was always surrounded by the crowd.”.

The late, great John B Keane was a Leader columnist for more than 30 years. This column first appeared in our edition of September 18 1973

EADERS of this column will really sympathise with Jack Faulkner on the tragic death of his grandson, young Johnny Walsh.

Deepest sympathy, too, to the boy’s parents, Ned and Mary Walsh, and to his brothers and sisters.

By chance, I was present when the boy’s body was taken from the water at that part of the Feale near Listowel which is known as the Corporal’s Hole. He had been under for almost twenty minutes. The moment Jack Brennan laid the body on the riverbank the kiss of life was applied by Fr. Michael O’Flaherty, who was on the scene.

Minutes later, Dr. Johnny Walsh arrived and every possible means was used in an effort to restore life. There was constant heart massage and, in a desperate effort to restore the beat, there was a heart injection.

It was all to no avail. The Corporal’s Hole had claimed another young and innocent life.

The last child to be drowned there was twelve-year-old, Gabriel Cummins of Church Street. He drowned in almost the same spot.

There were other near-drownings as, for instance, last year when young Jerry Kelliher of Market Street went under for a period. This time, the kiss of life, applied by Martin Guerin, who had some weeks before seen the method on television, paid dividends.

Sincere thanks are due to to Jack Brennan, who fearlessly probed the various holes in Corporal’s until he eventually recovered the body.

It is an area which will have to be put of out bounds for youngsters and the sooner the town of Listowel starts work on a swimming pool the better for everyone. Future tragedy is inevitable unless an all-out effort is made at once.