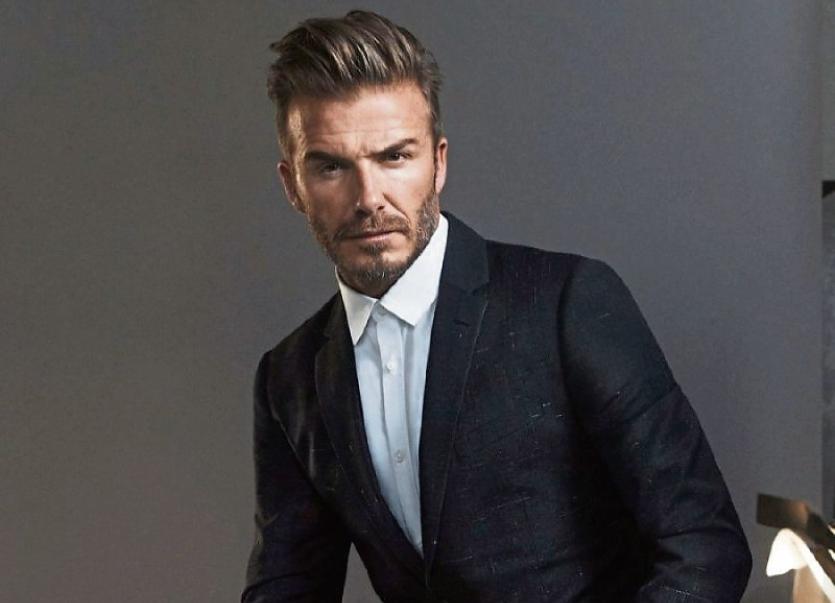 While you couldn’t claim David Beckham was a bad footballer, at times he represented a triumph of style over substance

John B. Keane was on holiday in May/June 1973. His Out in the Open series resumed on his return. Meanwhile, the Limerick Leader reprinted some of his popular essays which were first published a few years previously …

He was so bad that he was able to kick a ball wide from inside the square. But, be that as it may, I do not condemn well-dressed footballers and I can admire a fellow who runs onto the field careless and gay with an oul curl or two dangling over the brow because I can appreciate the amount of time and effort that went into the making of such curls.

At least these gentlemen, while they might not have been great footballers, were at least anxious to make a good impression on the public.

They were conscious of the fact that you will always find good-looking girls at football matches and they were not wasting good opportunities.

Perhaps the truest test of the vain footballer is how he reacts to the taking of a photograph.

The vainest type will always be found on the outside of the group standing with his hands folded and his leg muscles tensed.

On the edge of the team nobody can hide these muscles from an appreciative public and why not avail of a wonderful opportunity when it comes along?

What is the use in having firm legs if they are hidden by a player in front of you? In fact, it could be described as a downright waste of talent.

Other players who have big chests, but thin or bandy legs, always manage to get into the middle of the back row where legs are nicely obscured but the volume of the chest is sticking out a mile, especially if you are cute enough to get in between two fellows who have narrow chests.

It’s a tricky business, and that is why one cannot help but admire a footballer who always manages to give what he believes to be the best possible image of himself.

It is only natural that a man with stout thighs will want to be seen, so who can possibly blame him for wanting to show off a little?

There are any number of tricks, and it might be no harm to mention a few of these.

With a bad photographer, who could be ages taking a photograph, there is always the danger that because of delay you may have to expel the air, and as a result, be exposed flat-chested to an unsympathetic world.

With the good ones, it is easy to be ready.

If your profile is better than the front of your face you might pretend to be talking to the fellow next to you. This way the profile will be seen.

I am almost certain that footballers who are frequently photographed rehearse a great deal in private so that they will look their best when the big day comes and they are asked to join in with the rest of the team for a photo in aid of the newspapers.

There are others who like to kneel down in front of the main squad. To be fair, however, small and diminutive footballers are always compelled to do so, otherwise they would not be seen at all. It is, as it were, their prerogative. In short, they have a claim to a position in front.

The bother is that there are only a sum total of two positions in front, one at each side.

The player either kneels or sits although most players favour a sitting position, that is sitting on the ground.

Now there are some footballers who are no better than hogs and who like to sit in front although they are tall enough to be seen in any part of the group.

Despite the fact that the two side positions in the front may be taken up traditionally by small footballers, they nevertheless plank themselves down where they do not belong, and worst of all, they do it dead smack between the two who are legally entitled to be there.

There is a reason for this unapproved behaviour.

Sitting in the middle front conveys the idea of authority, and there are gullible people who might believe that the person sitting there must surely be the captain.

Although the rightful captain may be holding the ball between his knees in the second row and although he may be seated on a chair dead centre, the smug look on the face of the footballer, middle front, gives the impression that he only gave the real captain the ball to keep him quiet or out of the goodness of his heart.

You cannot be up to the these posers I have mentioned and, for this reason, all pictures of football and hurling teams are well worth closer study.

The late, great John B Keane was a Leader columnist for more than 30 years. This column first appeared in our edition of Jume 9 1973