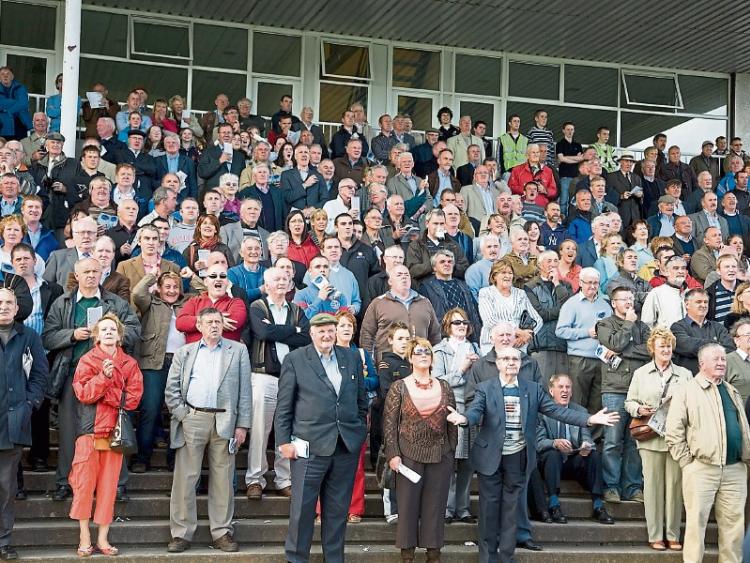 When you have too much money in circulation astute organisers will be there to absorb it. After all, that is how Listowel Races came into being in 1858

ARE there too many carnivals? In North Kerry we have Finuge, Moyvane, Tarbert and Duagh, to mention only some, and in West Limerick we have Athea, Glin, Carraigkerry and countless others.

I do not agree that there are too many, although many people are now complaining that no week passes without some kind of carnival and that young people are hard put to come by money for them all.

This is nonsense as there was never so much money in the country and it is not uncommon to hear of tradesmen and labourers earning from fifty to a hundred pounds a week in Tarbert and Listowel.

It is a known fact that when you have too much money in circulation astute organisers will be there to absorb it.

After all, that is how Listowel Races came into being in 1858. The time was late September when harvests were saved and money was plentiful. The Races, now one of the most famous meetings in the country, would never have survived if it had first taken place in the spring, summer or winter.

Late September was the ideal time. Food and money were at their most plentiful and men and women who had worked hard across the year were anxious for a worthwhile break.

One of my first official functions was to open Athea carnival. I regarded it as a great honour then, as I do now.

The following year I was asked to be a judge in a beauty competition, i.e. the selection of a carnival queen. This was always a difficult task and often it was a dangerous one.

Now there are no carnival queens and more’s the pity. In my time I must have judged a hundred carnival queen competitions from Castlemahon to Tarbert and from Athea to Dromcollogher.

The rules were always loose and there was often intimidation from the boyfriends or brothers or even mothers of the entrants. Sometimes the girls themselves were guilty although this was rare enough.

I remember one carnival in particular where there were 12 entrants for the title of carnival queen. The prize was a tenner and a sash and we were told by the committee to show favour to none but to judge fairly.

When I say “we” I wish to imply that I was not alone in judging. I was assisted by a lady and another gentleman.

Having assembled the girls in a corner of the marquee where privacy was ensured by a wall of flapping canvas, we set about the business of selecting a winner.

Beauty was a most important factor, although not a deciding one. Nice manners were important and intelligence was always taken into account.

The way a girl was dressed and had her hair done also might make an impression. We would ask a series of questions after we had observed the girls chatting together for a spell.

I remember I asked one girl the following question: indeed, as I recall, I asked all the girls the same question but it was this particular girl who gave me the most unusual answer.

“What would you do,” said I, “if a party of visitors arrived just as you and your family were sitting down to your dinner?”

“I’d clear ‘em,” she answered without a moment’s hesitation. This was an honest answer and if more people did likewise, it would soon knock thoughtless people off the habit of calling at dinnertime.

I asked another girl that same night what she would do and she replied that she would get up from the table and put the visitors sitting down.

They just eat what they see and ask no questions, never make allowances for the time of day it might be and never give anything in return.

I could go on writing about carnivals and beauty competitions but there is more to the world than fun and games.

I HAVE before me a most interesting letter from a Ballybunion-based woman, not a native of the place, which deals with that now almost forgotten topic, Coaxiorum.

Her letter purely and simply states that she has this most famous love potion for sale but not to publish her name as, to use her own words, “the priests would be after me and I couldn’t set foot outside the door ever again.”

Fair enough. I will not mention your name but I have no notion of acting as your agent either. You say you guarantee that any man who doses the woman of his desire with a spoonful of your mixture will have success in love.

Give me leave, for next week’s edition, to publish your name and address and an assurance from a doctor that the potion will do no harm, and you can have all the publicity you want.

Coaxiorum, as many of my readers may not be aware, is very dangerous stuff and comes in many disguises.

It can be administered in many ways. I once heard of a civic guard who married against his will because he was dosed with the stuff without his knowledge.

This woman wrote to him enquiring about a dog she lost and enclosed a stamped addressed envelope. When he licked the flap to close the reply, he licked off some of the Coaxiorum and in the space of a week he was married. Luckily for him she made him a good wife.

FROM Ballybunion, too, reports come of a new faith healer. This man is reputed to have extraordinary powers, and only last week I spoke to a man who was cured by him.

The faith healer’s name is Jer Mulvihill and his address is simply Ballybunion. He is the same Jer Mulvihill who once wrote the play known as The River of No Return, which received its premiere at the Super Ballroom, Listowel, and was thoroughly enjoyed by enthusiastic audiences.

Jer Mulvihill is to appear on television shortly and I, for one, look forward to watching this extraordinary man when he confronts the nation.

“I want no publicity,” he told me only a week ago, “but it’s alright if you want to put it in the Limerick Leader.”

A LETTER now from T.O.S. of Cappamore.

“I read recently in Out in the Open about the woman who had 19 children and who decided to get an electric fence instead of an electric blanket.

Did you hear about the woman who had 17 children and couldn’t stop? She decided to call it a day so she sought the advice of a neighbour who had some experience in matters of the kind.

“Mary,” said the neighbour, “sleep on your own side as much as you can, and if that doesn’t work, you should start demanding turnover tax.”

The late, great John B Keane was a Leader columnist for more than 30 years. This column first appeared in our edition of May 19 1973

Last week, I met a man from Castlemaine who had not been in the town of Listowel for 55 years.

He was a young man the time of the earlier visit and he came with a friend who was selling cabbage plants. Business was so bad that he sold off the plants in the end for ten pence a thousand.

I asked him if he noticed any changes and he told me that basically the town was the same except that some of the fronts were changed, “but,” said he, “so is my own front and so will your front if you live as long as me.”

I was sorry to have to tell him that none of them were now worried about the price of cabbage plants.

He told me that the men of Cnocanore used to walk to Castlemaine one time to buy Kerry cows. These cows thrived better than others on the hillside of Concanore, having come from mountain ranges originally.

When the men of Cnocanore set out on the return journey from Castlemaine they had to drive their purchases home without the aid of truck or train.

They would be met after leaving Tralee by a son or daughter driving an ass and car. From this point, the offspring would take charge of the droving and the weary wanderers would finish the journey in the ass cart.

There are no Kerry cows to be seen now on the slopes of Cnocanore but, for their size, they were great yielders of milk.