Townie on the bog foreshadowed age of affluence 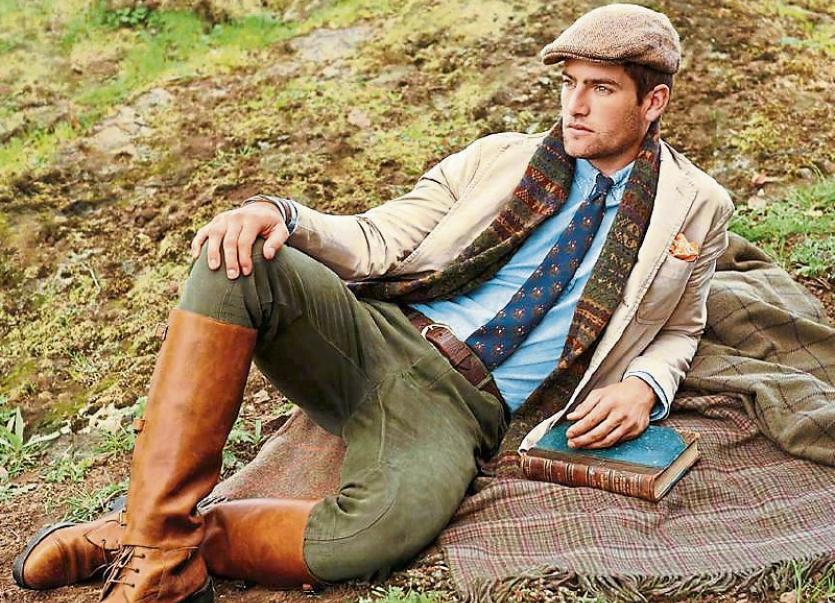 Cripps went on and on about the man’s dress. To wear a sports coat going to the bog was flying in the face of God

AS I LOOK back over the years and try to recall the most significant event of our time one incident comes to mind which shows more clearly than any other the changes that have taken place in rural Ireland since the wearisome and depressing thirties.

Innishbeg Bog is probably one of the smallest bogs in the southwest of Ireland but, if this is so, it is true to say that its turf is blacker and more lasting than any other type of turf.

The turf from Dirha Bog is more pleasant and the turf from Lyre Bog more weighty but none have the consistency of the Innisbeg product.

I remember well that it was the month of June, in the year of Our Lord nineteen forty two, when the first Townie made his appearance in Innishbeg.

He came cycling up the bog road dressed in a sports coat, flannel pants, collar and tie and low shoes. When the rays of the sun struck his head his hair glinted and we knew from this that he was well dosed with hair oil.

At the time there were three of us re-futting two sleans of turf for a neighbour. There was myself, Patcheen McCarthy and Stafford Cripps. His real name, of course, was not Stafford Cripps but he looked so much like the famous English statesman that he was nicknamed for him.

I was from the town too, of course, but under no circumstances could I be called a Townie, since I was reared in Lyrecrompane and had the accent, manners and disposition of the natives of that happy place.

AS THE cyclist approached, we were at our wits’ ends to identify him.

“What manner of man is this,” said Patcheen McCarthy, “who comes in the noon of the day in Sunday clothes and low shoes?”

“He has to be an insurance agent,” said Stafford Cripps, but when it transpired that none of the three of us were insured we were forced to guess again.

“Aha,” said Patcheen, “he’s some new sort of inspector to do with futting and re-futting.”

We dismissed this as being ludicrous and as the cyclist drew nearer we could see that he was a man of thirty or so. When he was a few yards from our bank he dismounted and asked us where was the bank of turf which had been cut some weeks previously by Mosheen Doran.

We showed him the spot and he went away. Obviously this was the Townie who had commissioned Mosheen Doran to cut his winter’s firing.

He was no weak warrant to fut turf and as the day wore on he left a fair share of stoolins in his wake. He had his head screwed on, too, because when it came to time for the four o’clock tay he straightened himself and taking a parcel from the carrier of his cycle, approached us. We had a fire going and a gallon of spring water was on the boil on top of it.

“Is there ‘ere a chance,” said he, “that I could have a drop of that boiling water?”

We told him he was welcome so he gave us his grain of sugar and tay and we mixed it with our own. When the brew was rightly drawn we proceeded to eat our bread and butter and cold bacon.

The Townie opened his parcel and produced two sandwiches. One of these consisted of tomato and the other egg and onion. Neither Stafford Cripps nor Patcheen McCarthy had seen tomatoes before or if they did they mistook them for small apples. The egg and onion puzzled them too but neither said a word till the meal was over.

“I beg your pardon, sir” said Stafford Cripps, after we had smoked, “but would you tell us what you were eating?”

“Why,” asked Patcheen McCarthy, “do you roll the tomatoes up in the bread. Wouldn’t they be easier to get at if you put them on top of the bread and you could also see what you’d be eating. How would you know what might slip into the sandwich when your back would be turned?”

The Townie had no answer to this so he went away and resumed his futting.

Suddenly Stafford Cripps went on his two knees and crossed himself.

“The end of the world can’t be too far away,” said he, “when you see a carry-on like that. When a time comes that men crush eggs and mix them with onions and then stick the mess between two cuts of bread it’s time to look out.

Those other yokes, those tomatoes are not proper food. They’ll damage the lining of his stomach before he’s much older.

Cripps went on and on about the man’s dress. To wear a sports coat going to the bog was flying in the face of God. To wear low shoes was bad enough but to wear a collar and tie put the tin hat on it altogether.”

Looking back over the years I must admit that this was an event of more than some significance. It was the first inkling of the age of affluence. Everyone wears low shoes now and hobnailed boots are selling only in antiques shops.

IT WILL be thirty three years next January since Jack Wilberforce Faulkner was released from Limerick prison for the last time. It was snowing when he went in and it was snowing when he came out. He was convicted at Listowel Court of assault and battery and, according to himself, wrongly so.

It was two years, however, before Jack was to serve his sentence and eventually when he was taken to Limerick it was found that the warrant had expired.

He was promptly taken to Adare and re-tried. He was found guilty a second time and locked up.

After a fitful night’s sleep he rose early in the morning and was told report to the prison yard. He was put sawing wood with another man.

“Do you remember him?” I asked Jack.

“I do,” said Jack. “He was from West Cork and he was inside for robbery. Wasn’t I in nice company? One day he had twenty cigarettes,” Jack continued, “and when I asked him for one he told me that smoking was bad for me. He was so lousy he wouldn’t give you the right time.”

That was Jack’s last visit to jail. When he came out it was snowing heavily and all he had was a light shirt and short coat.

Mrs. Enright, of Foynes, gave him a heavy jumper with an aeroplane on the front of it. Jack turned it back to front - “and that’s why,” he continued, “I never looked back after that.”

The late, great John B Keane was a Leader columnist for more than 30 years. This column first appeared in our edition of August 26, 1972