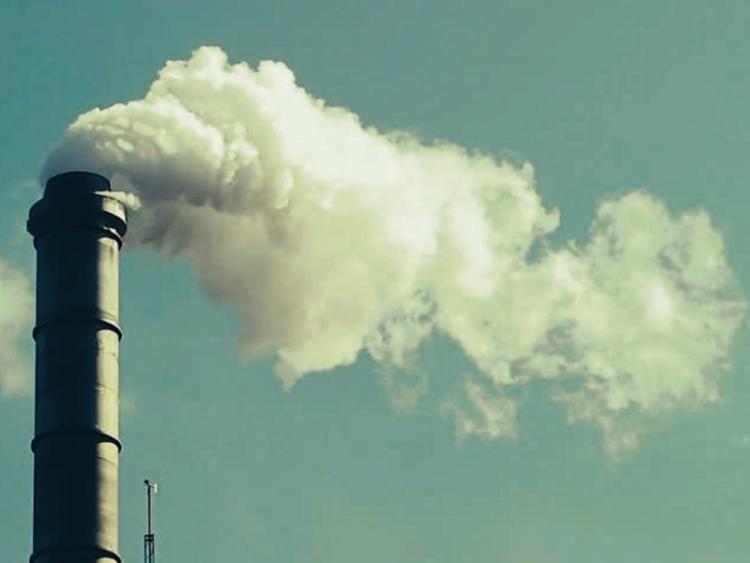 The stench from a new factory - and not a tight defence - was the reason Listowel won a local match, claimed the losers

Granted that Finuge were short some of their better players, they still had enough big guns to bring them through. It was no more than an average game of football, however, and one that will not be remembered for any length of time.

The intelligent reader will naturally ask at this juncture why write about the game if it was not memorable? A fair question and one I will answer by saying that there was more to the outcome of this game than meets the eye.

As I left the pitch after the game I was approached by a former Finuge footballer, who in his heyday, was as good as the best and who is no mean judge of football all the time.

“Listen here to me,” he said, “ye would never have drawn that game tonight only for having a secret weapon.”

I must confess that I was nonplussed by this suggestion, for there had been no weapon that I could see. I asked him what he meant.

“Only for the smell,” he said, Finuge would have won the match by nine or ten points.”

So here then was what he was driving at. The smell from the new factory had affected the game of the Finuge men. The Finuge supporter maintained that his team never played worse, and this was due to the fact that they were overpowered by the smell and not by the close marking of the Listowel backs.

“It’s alright for the Listowel people,” my complainant went on, “they are immune to it.

“It is different for visitors and the way I see it is that no team will have a chance against Listowel as the wind is from the right quarter.”

There is always truth in the old sayings and one that comes to mind is it’s an ill wind that doesn’t blow some good. Does this mean that Listowel will be unbeatable as far as football is concerned from now on? We shall have to wait and see. There is a danger that outside teams will refuse to play. The result of forthcoming games will be awaited with more than passing interest.

Other aspects of reaction to the smell were somewhat varied. While townspeople generally find the smell overpowering other interested parties ask innocently “what smell?”

One farmer renowned for his sense of humour and who lives hard by the town put it very nicely one night last week in a Listowel public house. “You will always have a smell in Listowel,” he said, “until they build a public toilet.”

Ballybunion was never so busy as it was for the August weekend. At one stage on August Monday on the road between Listowel and Ballybunion it was estimated that there were over a thousand “Hairies,” as they are now commonly called, thumbing lifts.

They were not very successful and late that night the roads to Cork and Dublin were still fairly well populated with exhausted hitchhikers. How they succeeded in getting home before morning is a mystery.

It is rumoured that they were to be seen on the roads for days afterwards. A number to whom I spoke had no money, no transport and no shelter, not to mention food. It is doubtful if many of them will return. I know some who will say amen to that.

THE FOLLOWING story I was bold by a Corkman over the weekend. It’s a story against himself but these are the ones that Corkmen enjoy best.

Some years ago in a well-known digs in Dublin there resided four stout friends. One came from Kerry, another from Limerick, another from Tipperary and finally our friend from Cork.

The four went to Croke Park together most Sundays and on the occasion of provincial finals they would motor to faraway venues, drinking porter on the way home and, generally speaking, having a right old time.

One night in a public house they were discussing death and the argument ranged back and forth about whether or not there was a life afterwards and if there was what would it be like and so forth and so on.

Finally the four agreed that whichever one of them died first should be presented with a gift by the three remaining. The idea was that each of the three would drop a fiver into the coffin just in case the deceased should find he needed ready cash at the other side.

Time passed and the Tipperary man fell ill. In a short time he was dead so the three friends gathered around his coffin to pay their last respects. The Kerryman knelt down first and was overcome with grief. Rising he produced a fiver and dropped it into the coffin.

Next to kneel was the Limerickman who too was overcome with grief. Rising, he produced a second fiver and dropped it into the coffin.

Last to kneel was the Corkman. He broke down altogether and he cried for God to forgive him for all the times he had argued with the dead Tipp man about whether Cork or Tipp was the better team.

Rising, he put his hand into his pocket and produced his cheque book and wrote out a cheque for fifteen pounds. He placed it in the coffin and pocketed the two fivers placed there by the Limerickman and the Kerryman.

IN A HOSTELRY in Ballybunion, where I was having a drink one day last week with a number of friends, I was approached by a man who asked me if I would settle a bet.

He had wagered a five pound note that the word anticosmopolitanarianism was the longest word in the English language.

I consulted with my colleagues, Mr. Jerome Murphy and Doctor John Plunkett Walsh, of Listowel.

“The longest word in the English language,” said Jerome Murphy, “is transmagnificanbandanduality.”

“Is that a fact?” the the man who had asked me to settle the wager.

“There is no doubt about it,” said Doctor John Walsh, “it was a common enough word in Trinity when I was a student there. In fact, it was used a lot by second row forwards during practice.”

“But what does it mean?” the man with the wager asked.

“Which is a lot more than you can say for most words,” said Doctor Walsh.

The late, great John B Keane was a Leader columnist for more than 30 years. This column first appeared in our edition of August 19 1972