In Pictures: Protest in Limerick village as closure of local post office is confirmed 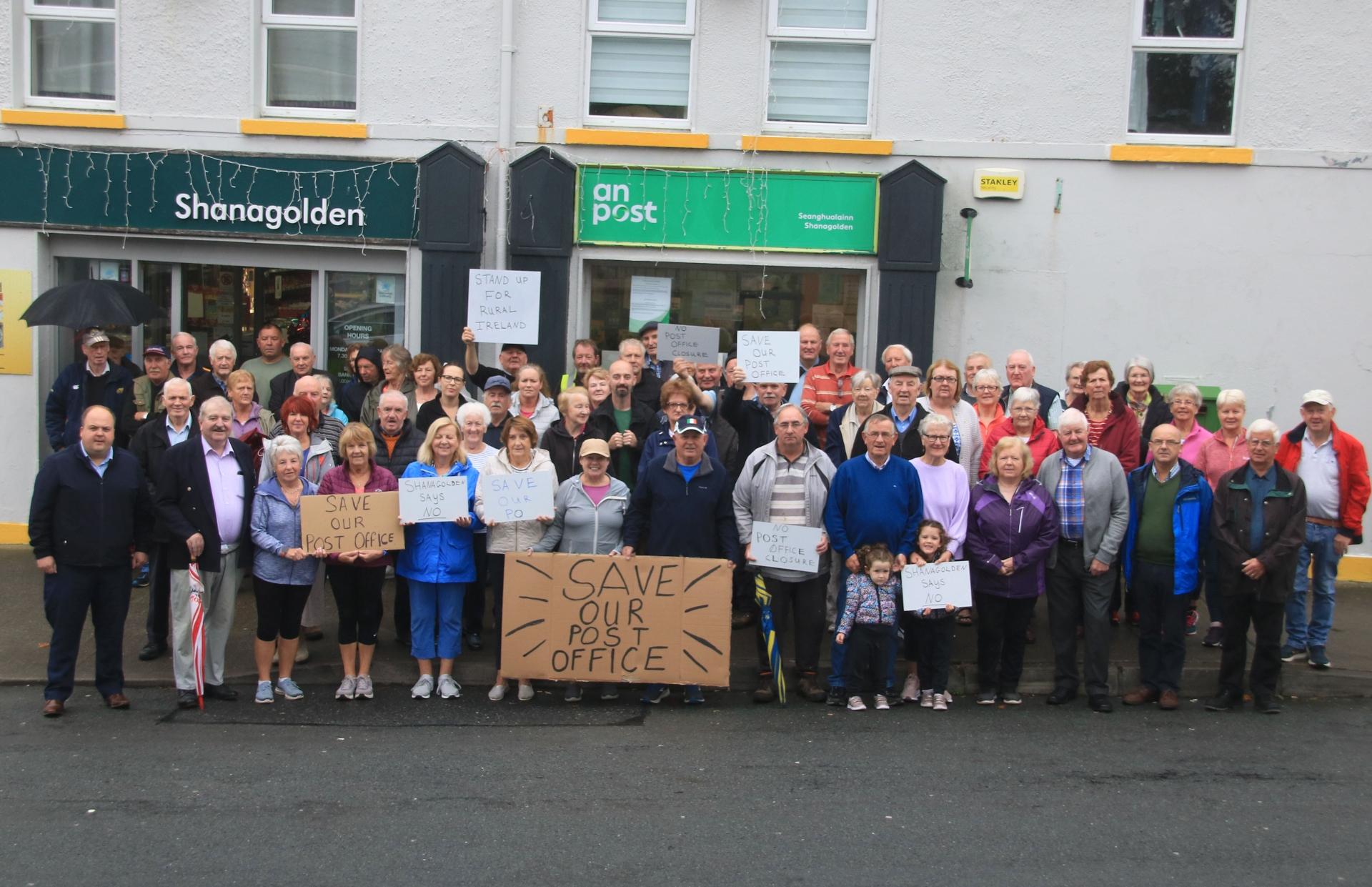 AN POST is being urged to take urgent action to ensure the post office in Shanagolden is retained after it was confirmed the current operator intends to close the premises.

Dozens of local people gathered in the west Limerick village on Monday morning to voice their concern and frustration over the closure.

“There was a serious show of support for the retention of services. It would give me a clear indication that there is a strong case for an interested party to come forward as there is business to be done in Shanagolden,” said Cllr Adam Teskey.

Customers first learned of the impending closure of Shanagolden post office late last week and An Post has confirmed to the Limerick Leader that it is due to close next Wednesday.

"Our Postmaster in Shanagolden wishes to exit the business and plans to close the office on September 21. Customers will be transferred, in the first instance, to Foynes post office which is just over 5km away," said a spokesperson for An Post.

Local woman, Mary Lenehan, says the closure is a disgrace. “It is a very sad day for Shanagolden and the surrounding areas because it’s not just Shanagolden – it’s hitting Kilcolman, it’s hitting Creeves and as far away as Carrigkerry,” she said.

“The post office is the only outlet for the elderly people drawing benefits to meet people,” added the healthcare assistant.

While noting An Post’s willingness to engage with a potential new operaor, Cllr Teskey says actions are strong than words.

“Speaking and engaging is one thing – committement and action is another and that’s what we want from An Post,” he said