'I paid €90 each for eight tickets on the Saturday and €65 for the Friday ones but it is worth it!' says Limerick Garth Brooks fan 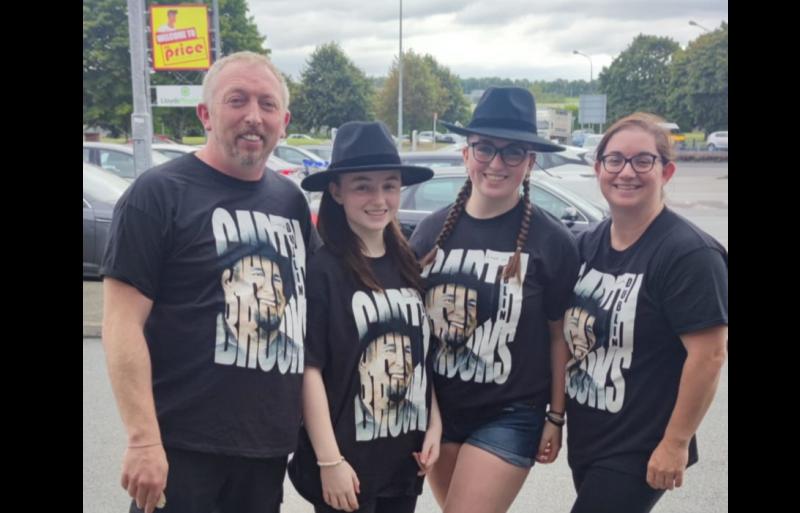 COUNTRY MUSIC fans across Limerick are in the grips of Garth Brooks fever as the man himself has finally arrived in Ireland.

The Friends in Low Places singer is playing five nights in Croke Park which will see 400,000 fans descend on the capital.

The American kicked off his only European headline shows of 2022 on Friday night, followed by two more shows on Saturday and Sunday.

He will play two more gigs this week, on Friday and Saturday, with some fans travelling from Limerick for multiple concerts.

Michael Dawson, from Moyross, has tickets to three of the legendary performer's shows.

"I had given my details to my sister so she could try and get tickets for me as well and we ended up buying them for the Friday and Saturday at the same time.

"Then I saw the Sunday ones come up as well so I said 'why not?'. I paid €90 each for eight tickets on the Saturday and €65 for the Friday ones but it is worth it."

The father of five said he has grown up with country music and he promised his children if Garth ever came to town he would take them all to see him.

The 42 year-old owns the Windmill Cafe on Henry Street and said he has been blaring the Grammy award winning musician's music in the kitchen all week.

"I have never seen him before so I am excited. I got tickets for all the kids and we are going up on Friday.

"We had hotel rooms booked but I got a message a few weeks ago to say they had all been cancelled and there is nothing else available at this stage. So we are going to drive up on Friday and we are getting a bus on Saturday".