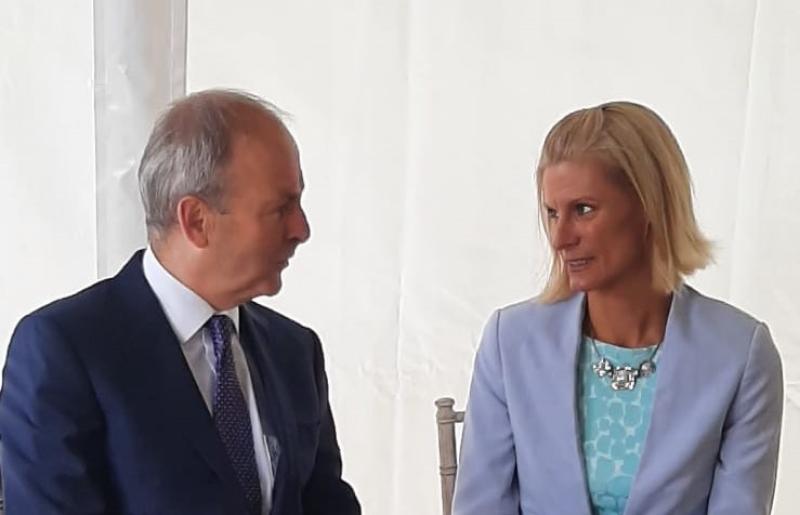 THE Minister of State at the Department of Agriculture has described the discovery of dead animals on a County Limerick farm as “appalling”.

“It was notified to my department through its animal welfare hotline. My department officials are looking into it so I can't comment on the specifics of it. I think it's not something we need to be having,” said the Green Party representative.

“We've had incidents in the past, it really is unacceptable. For a nation that trades in an agri food sector where animal welfare is high up there it's something I think the sector as a whole needs to reflect on and it's something we don't really want to see happening again.”

The junior minister was speaking in Shannonbridge earlier this week where An Taoiseach Micheal Martin turned the first sod on the latest Lumcloon Energy/Hanwha electricity grid stability project.

When asked about the discovery of the dead calves in Garryspillane, Mr Martin said Ireland's international reputation as a food producer is damaged by such incidents.

“This goes to the heart of Ireland's sustainability as a food producing country and to our reputation in terms of animal welfare. It's extremely important that we get to the bottom of this particular issue,” said Mr Martin.

“It's unacceptable and horrific and it ultimately damages that reputation that we have carefully built up as a country.

“The Government will take this very seriously and make sure no stone is left unturned in terms of pursuing the origins of this and who is responsible because it goes to the very heart of our efforts as a country, a green country with sustainable production methods that this needs to stop.”