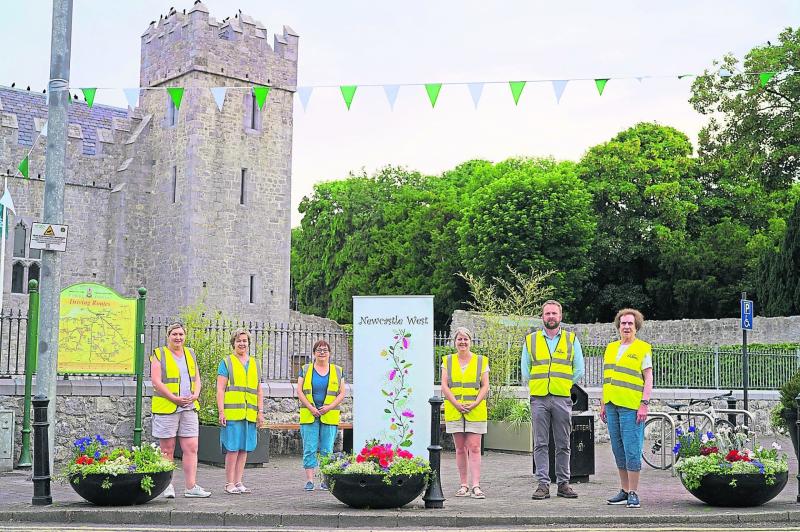 NEWCASTLE West Tidy Towns is celebrating following the announcement that it has secured a place in the Going for Gold grand final.

The group beat Annacotty, Kilteely, Rathkeale, Southill and Tournafulla in the fifth and final round of the regular competition.

Speaking ahead of the win, Tidy Towns member Vicki Nash said: “We feel like we’ve done a lot to improve our activities this year and our work gives us great pleasure.”

The group’s effort in trying to get a Fairtrade status for their town and plans to make a large green area in Assumpta Park housing estate to promote biodiversity were some of the many reasons that sent them towards victory.

The pandemic was no easy time for anyone but according to Vicki they had a lot of time to plan and think about their future plans for Newcastle West and have been executing those in the last few months.

Newcastle West joins Kilmeedy, Castleconnell, Askeaton and Patrickswell in the grand final which will take place in October.

The communities that didn’t succeed in securing a place in the grand final still have a chance to go forward as the judges’ wildcards will be announced in the coming days.

The judges have been working tirelessly to decide on which communities deserve the spot in the grand final of the competition.

In judging the competition, emphasis will be placed on litter control, general tidiness and upkeep, pollinator friendly planting, sustainable planting, overall impression, works undertaken/improvements from previous years and as in other years, all aspects of the judges’ decision will be final.

The competition is sponsored by the JP McManus Charitable Foundation and has a total prize pool of €60,000 across all categories and is organised by Limerick City and County Council.