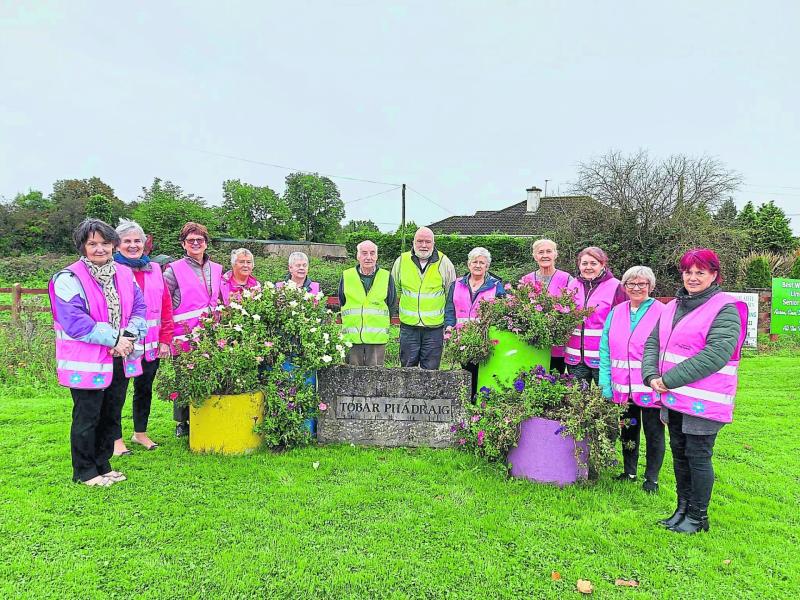 Patrickswell joins Kilmeedy, Castleconnell and Askeaton in the grand final of Going For Gold. The final weekly winner will be decided this week

PATRICKSWELL Tidy Towns beat off tough competition to secure a place in the grand final of Limerick Going for Gold.

The village’s magical fairy garden, the efforts in water harvesting and the general maintenance of the village is what pushed it over the line to become the latest weekly winners following a public vote.

“Tidy Towns has been such a group effort. People came out in droves to vote for us so we’re just amazed,” Julie added.

“We wouldn’t be able to do anything without the help from our volunteers. It’s a lovely bit of reassurance and drive when something like this happens because there’s so much hard work involved with Tidy Towns,” she continued.

The group now joins Kilmeedy, Castleconnell and Askeaton in a mighty battle for the final of the Going for Gold competition which takes place next week.

The communities of Adare, Croom, Feenagh, Garrienderk and Hospital still have a chance to be chosen as the judges’ wildcard for a place in the grand final of the competition.

This week sees the final round of the regular competition takes place as six new communities take on the challenge to prove that their area deserves a place in the final.

See this week's Limerick Leader, broadsheet edition, for profiles of each of the latest entrants - Annacotty, Kilteely, Newcastle West, Rathkeale, Southill and Tournafulla

Voting opens every Thursday from midday and you can take part by going to live95.ie and clicking on the Going for Gold link.

The weekly winner is announced on Live 95’s Limerick Today with Joe Nash each Friday morning.

Limerick Going for Gold is overseen by Limerick City and County Council with sponsorship from the JP McManus Charitable Foundation.