ASKEATON became the third community to qualify for the grand final of the Limerick Going for Gold competition.

The members of the Askeaton community are “beaming” with joy and satisfaction as they join Castleconnell and Kilmeedy in this year’s final for a chance to win up to €10,000.

“We are absolutely thrilled with the result this week. It was great to see the whole community get behind us,” said June Fitzgibbon of Askeaton Tidy Towns committee.

“It’s now time for us to push and get prepared for the final. We’re all looking forward to the build up,” an overjoyed June told Limerick Live.

The group only formed in March of this year but have been putting in immense work which involved cleaning, groundwork, planting of wildflowers and installing beehives, all of which helped push Askeaton over the line as the latest weekly winner.

“I would like to thank everyone that voted for us. Now we need to get everything ready for more judging,” June added.

The Tidy Towns category of the Going for Gold competition continues this week as six new communities - Adare, Croom, Feenagh, Garrienderk, Hospital and Patrickswell - take on the challenge to prove that their area deserves a place in the grand final.

See this week's Limerick Leader, broadsheet edition, for profiles of each of the latest entrants. 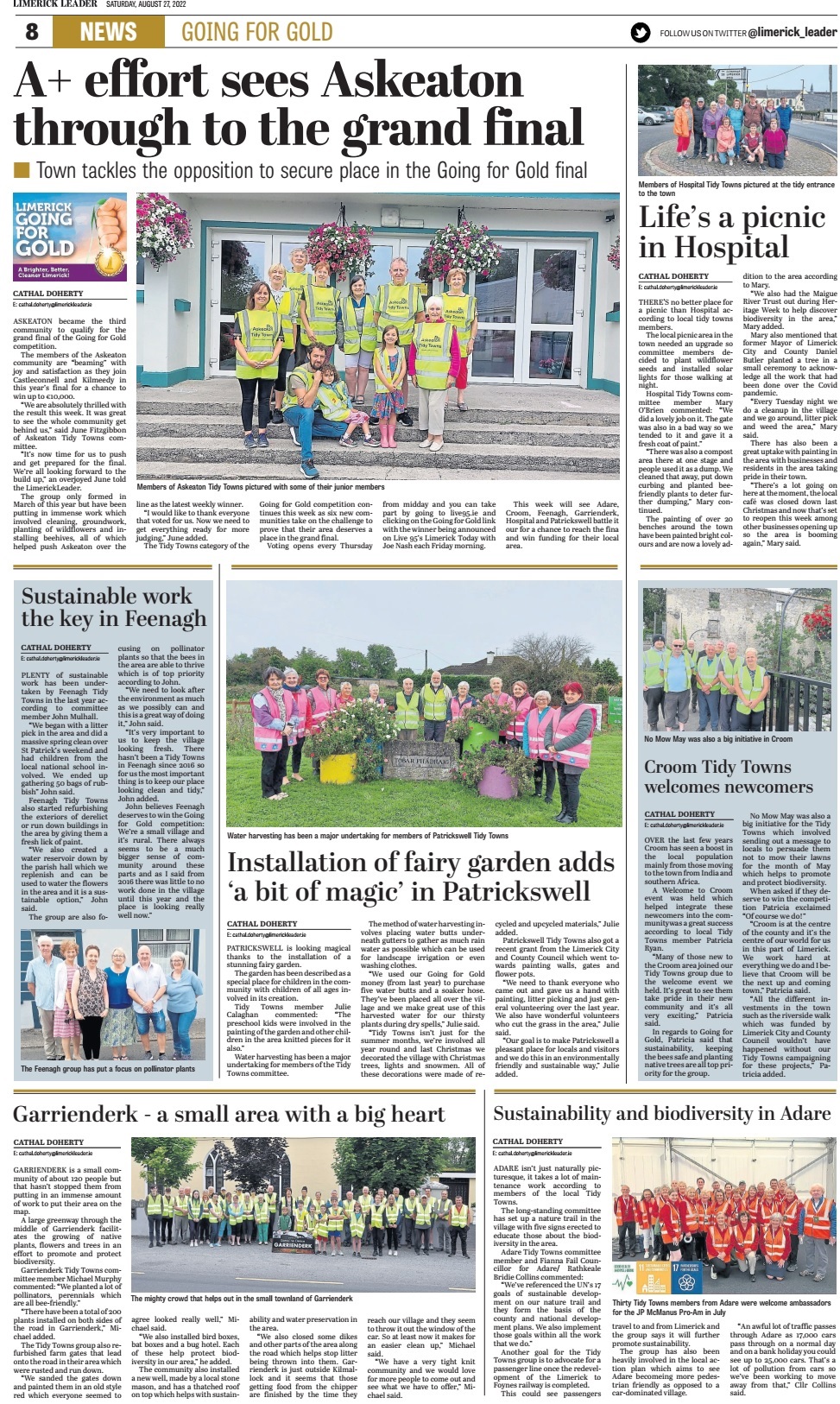 Voting opens every Thursday from midday and you can take part by going to live95.ie and clicking on the Going for Gold link.

The weekly winner is announced on Live 95’s Limerick Today with Joe Nash each Friday morning.

Limerick Going for Gold is overseen by Limerick City and County Council with sponsorship from the JP McManus Charitable Foundation.