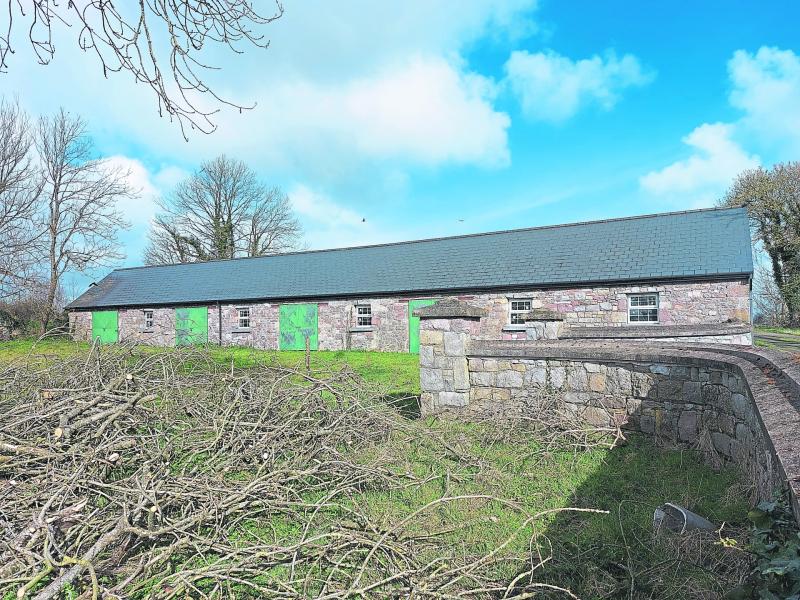 A large stone shed on the 42 acres in Kilbreedy East, Martinstown, Kilmallock which sold for more than €500,000

TWO farms of land in the wider Kilmallock area have been snapped up in recent weeks for a total price of over €1m.

John Flynn Auctioneers brought the farms, on behalf of separate vendors, to the market. The larger of the two was 60 acres at Thomastown, Kilmallock - a roadside holding in easily managed divisions.

He said there were a number of interested parties. The farm was guided at €600,000 and while Mr Flynn wouldn’t disclose the final sale price Farm Leader understands it was in excess of €600,000, which is over €10,000 an acre.

A deal has also been struck for 42 acres at Kilbreedy East, Martinstown, Kilmallock.

“It is also a prime roadside holding, divided into seven fields all well watered and main fence throughout. Buildings include a farm house in need of total upgrade, four column hay barn and large stone shed,” said Mr Flynn.

Mr Flynn said the vendors and new owners in both deals were very satisfied.

The summer months are traditionally the quieter ones for land sales but Mr Flynn said that is changing.