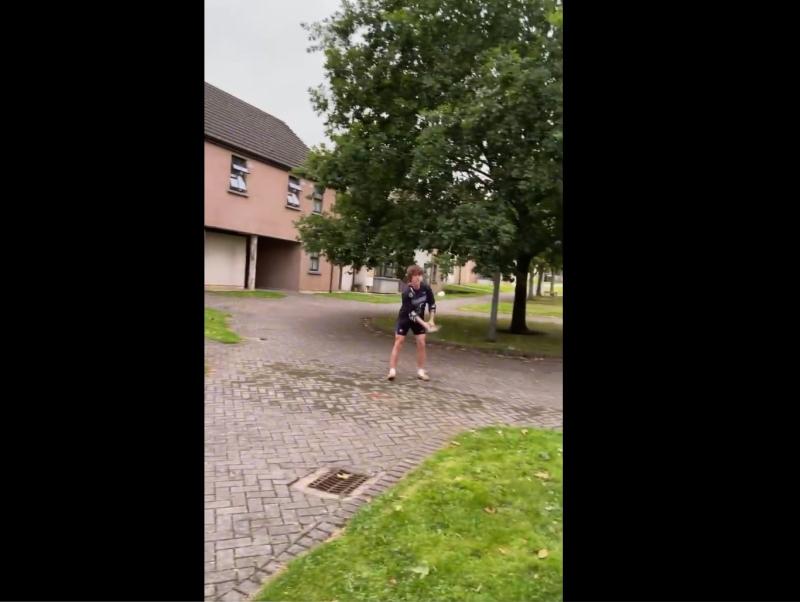 SHOUTS of “sign him up for county” are doing the rounds on social media after a video showing a Native American lacrosse player in Limerick channeling his inner Cian Lynch was released online.

The short clip shows two Haudenosaunee National Lacrosse players pucking a sliotar for the first time around a student campus housing estate in the University of Limerick.

Taking a break from the 10-day World Lacrosse Men’s U21 World Championship in UL due to thunderstorms last weekend, the two lads can be seen trying their hand at Ireland’s national sport.

Rain delay vibes
Getting a hang of it eh @LimerickCLG? pic.twitter.com/vw2xgu7x7I

One of the young lads can be seen controlling a pass, flicking it around his body and returning it, first time.

One comment has joked that local team Monaleen GAA and the Limerick Senior panel should “sign him up” while others commended the young Native American's “lovely hurling.”

Haudenosaunee National Men’s team, who have spent the last week in the home of hurling, are competing in the 23-team multi-nation tournament championing the best of the best in lacrosse.

The Haudenosaunee team are made up of an alliance of six Native American nations. They lost out to fellow countrymen Canada in their last game.

“If you're around Limerick, get down to UL. Not often you see a couple of HAU Nationals Native American Indians pucking around with hurley's in Limerick. A long way from home. Onondaga, Hiawatha would be proud,” one Limerick-based commenter shared.