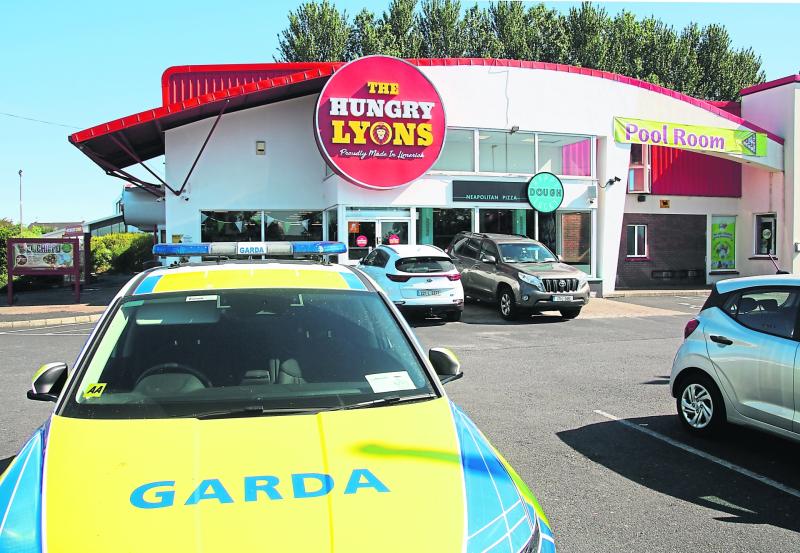 THE GARDAI were called to a fast-food restaurant in Limerick this morning whose operator has had a long-running legal dispute with Supermac's founder Pat McDonagh.

Galway businessman Mr McDonagh attended the entrance of the Ennis Road branch of the Hungry Lyons where he handed an envelope through the door to its operator John Lyons.

After a high-profile dispute with Mr McDonagh, Mr Lyons dropped the Supermac's brand from the two restaurants he operates in Limerick - one at the Ennis Road, the other at Dooradoyle - and changed their name to The Hungry Lyons back in 2019.

While Mr Lyons, pictured below,  owns the premises opposite University Hospital Limerick outright, Mr McDonagh remains the landlord of the building which houses the Hungry Lyons on Limerick's northside. 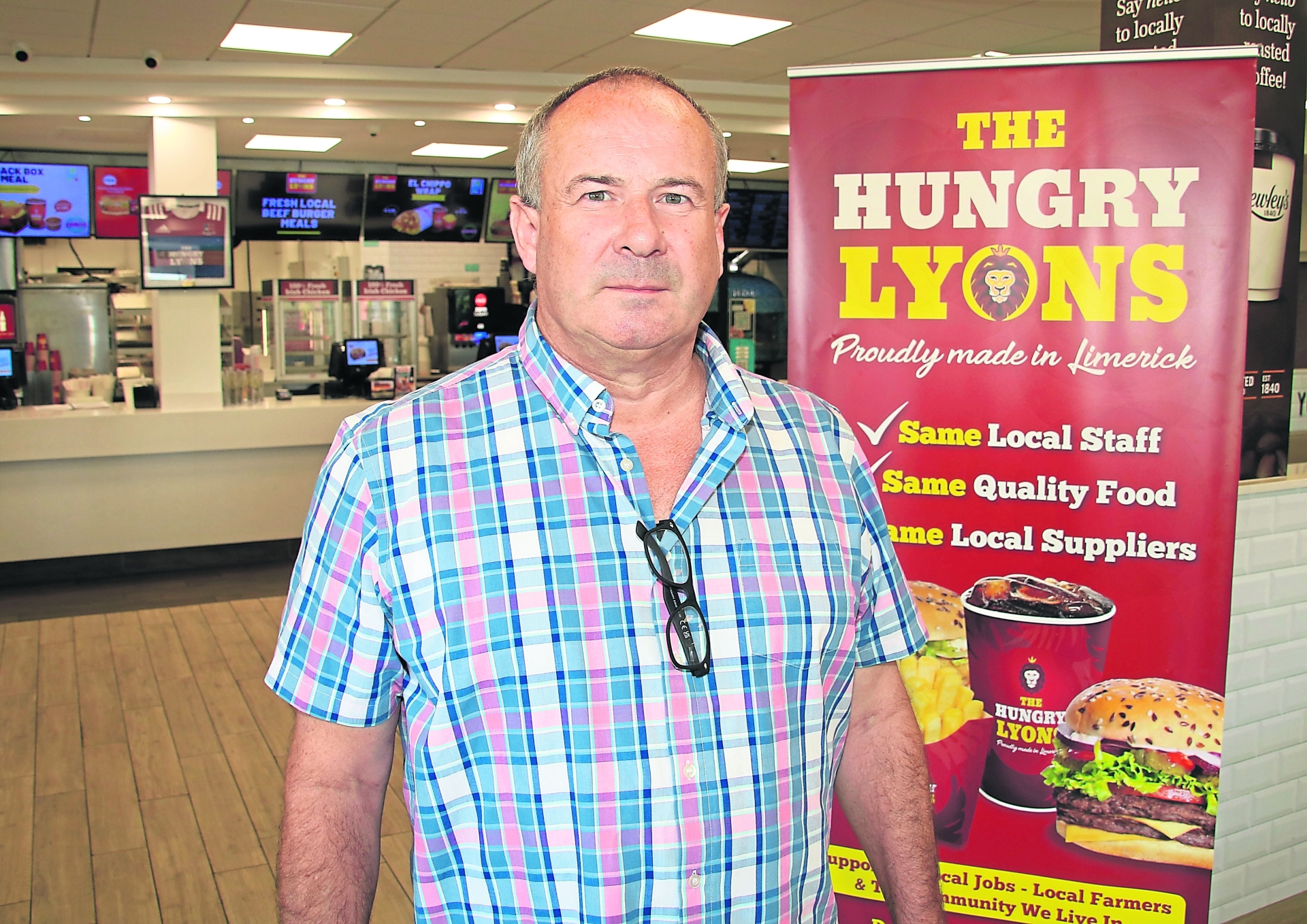 Dressed in a suit, Mr McDonagh approached the entrance of the Ennis Road premises at around 9.30am today alongside another individual in a suit, indicating he was present “to take possession” of the building.

Both Mr McDonagh and Mr Lyons held a brief conversation between a small opening in the door.

Mr McDonagh could be heard saying to Mr Lyons, “I want to talk to you” and “ye won’t hear me though here”.

A brown envelope was handed by Mr McDonagh to Mr Mr Lyons through the door with Mr McDonagh saying: “We’re here to take possession, John” to which Mr Lyons replied: “Yer not taking possession, Pat”.

Mr Lyons indicated that he would call the guards.

Following this, Mr McDonagh went into the neighbouring Funworld bowling alley, where he is also landlord.

Speaking to LimerickLive, the proprietor of the Hungry Lyons admitted to “an error on our behalf” in relation to High Court proceedings.

“So the High Court, we found out yesterday, cancelled the arbitrator's ruling. As soon as we discovered this, and we knew a mistake was made, we then went and paid the rent up to date," he said.

He acknowledged there are other monies outstanding to Mr McDonagh, but these are currently the subject of disputes, and are not mentioned in the lease agreements.

LimerickLive understands this version of events is contested by Mr McDonagh's side.

Mr Lyons, who was present this morning alongside director of operations Mike Rabbitte and area manager Jatinder Singh, insisted they will not be quitting the building, and said his own lawyers were in contact with the Supermac's owner.

He indicated he will seek a High Court injunction to prevent their eviction if necessary.

"We admit there was an error made, somebody missed something. It's for us to solve. But on the same note, we paid the rent."

The Hungry Lyons branch at Ennis Road employs 25 people, with 70 staff in total working across its two outlets, with a third due to open in Clare Street.

Prior to the gardai's arrival, LimerickLive sought a comment from Mr McDonagh by approaching the staff in Funworld. He declined to meet this reporter.

Two officers arrived at the Hungry Lyons building at around 10am, and having chatted to both Mr McDonagh and Mr Lyons said they cannot do anything as it is a civil matter.

Mr McDonagh then left the area, and the restaurant opened as normal at 11.30am.

Mr Lyons was one of the original Supermac’s franchisees since the firm’s infancy more than 30 years ago.

He previously operated branches in Charleville, Shannon and O’Connell Street, before opening at the Ennis Road in the mid-1990s and Dooradoyle opposite University Hospital Limerick in 2004. The original dispute between himself and Mr McDonagh centred around refurbishment of the branch in the Ennis Road.

A spokesperson for the Supermac's founder said: "Pat McDonagh and his solicitor issued a notice to vacate on the leasee on foot of unpaid rent and bills due over several months that had already been the subject of a hearing in the High Court."

It's understood some money was paid this morning, but it did not meet the full amount as requested by Mr McDonagh.