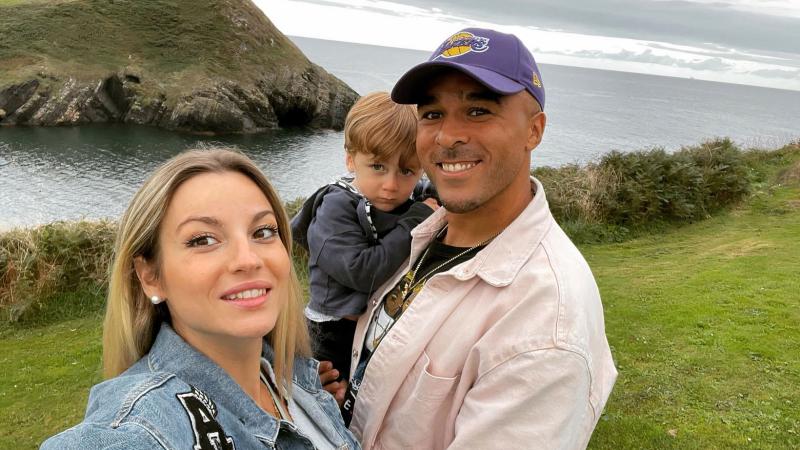 Simon, who first laid eyes on Elvira Fernandez when he was 16, married the love of his life in an intimate affair at the five-star Sheen Falls Lodge in Kenmare on Saturday, July 30.

In a wedding feature with RSVP Magazine, Simon said: "The day went brilliantly. We didn’t have the weather but we had an amazing photographer and videographer to capture the day."

The wedding was a small affair with only 22 guests including their four children: Jacob, seven, Sofia, five, Noah, two and their new-born baby, Isabella.

Simon said the highlight of his day was most definitely getting married to Elvira, but a jam-session back at the cottage they were staying in was also a fond memory which included some rapping from the rugby-man himself.

"It’s a very cosy hotel so the winter weather kind of added to the day in a sense, it was magical out there surrounded by the water. We were up rapping and laughing, singing and dancing all night. It was just a fantastic night with all the closest people to us, we had a blast," Simon told RSVP Magazine.

Originally from Cork, Simon quickly became a household name when he began his senior career with Munster Rugby in 2010 before being selected for the Irish senior team in 2012.

The Cork man left the Red Army for French side Racing 92 in 2018 before making his long-awaited return to the Munster men in 2021.

Elvira, meanwhile, is the owner of company Sofia Juliette which specialises in natural beauty products.