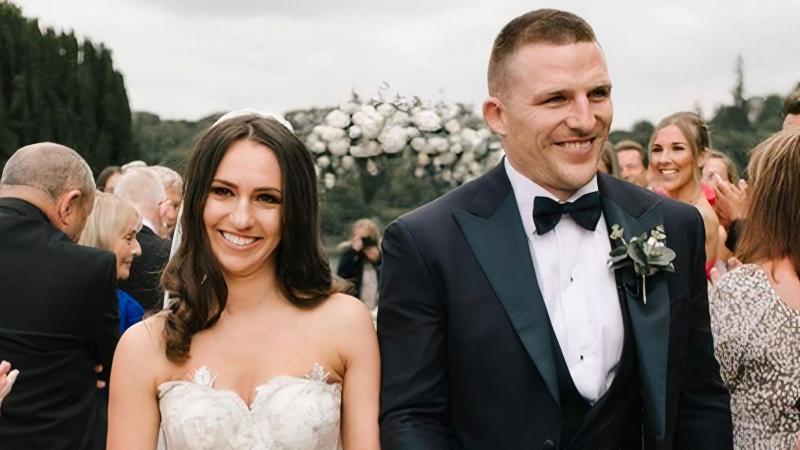 The wedding took place at the five-star Castle Leslie Estate in Monaghan over the weekend.

The star-studded ceremony was attended by fellow rugby men, Conor Murray, Tadgh Beirne and Joey Carberry among others.

“She’s finally Conway,” the Munster and Ireland player said, posting a snap of the newlyweds on Instagram.

The wedding comes after the couple welcomed their first born, Hailey, to the world last April.

Tadgh Beirne posted a picture of himself alongside fiancé, Harriet Fuller captioning it: “Gorgeous venue for the Conways”.

Andrew originally from Dublin, started out his career with Leinster but moved to Munster where he now has over 100 caps and is usually seen playing out in the wing since he made his first appearance for the club in 2013.

The big day follows a string of Munster Rugby players who have either tied the knot or got engaged over the last couple of months.

Other big names in attendance to celebrate with the couple were Chris Farrell with Ezzie Johnston and Rory Scannell with Aisling Colwell.

The couple received a warm reaction from friends and family on Andrew’s Instagram post with the likes of Rob Kearney and Bundee Aki sending the couple their best wishes.