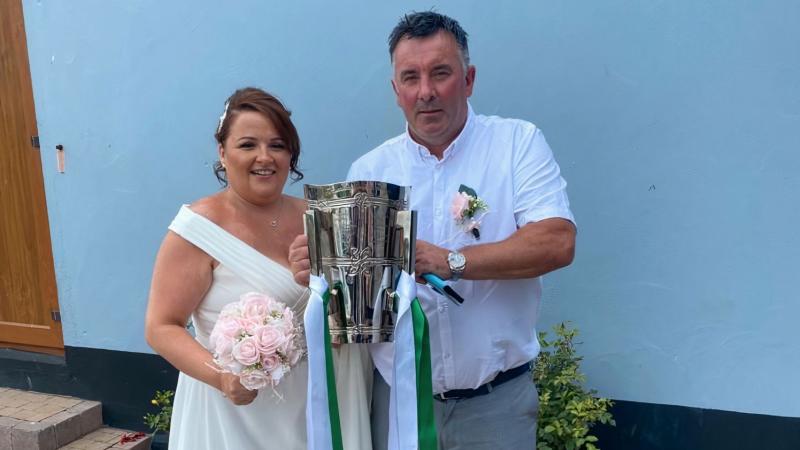 THEIR main wedding ceremony may have been held in Spain but that didn’t mean the celebrations were any less Limerick for one couple.

The pair even issued invites to their big day in the form of All-Ireland hurling final tickets! 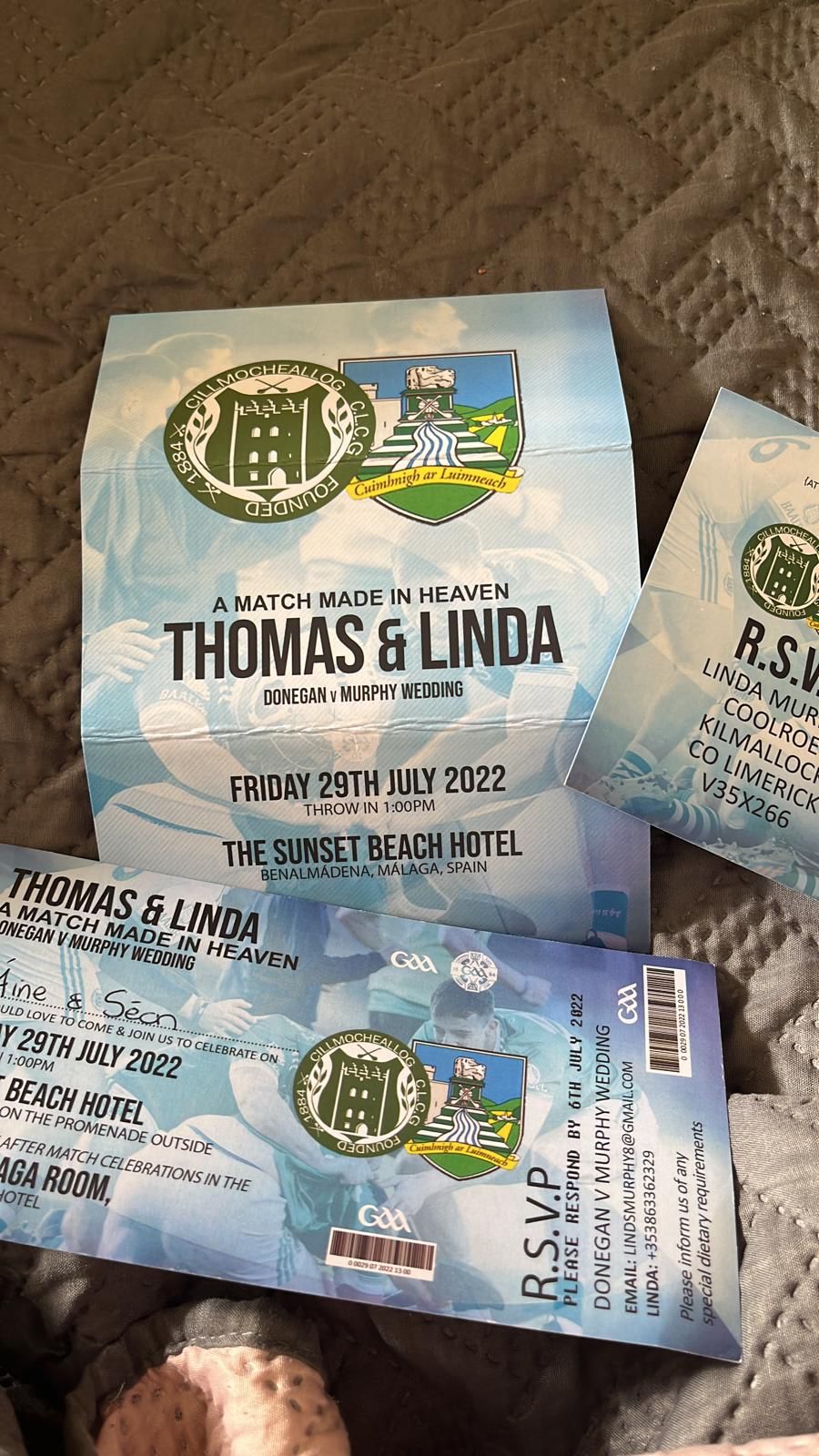 “Donegan v Murphy,” was scripted onto each ticket and featured the crest of both Kilmallock GAA and Limerick GAA.

Family and friends joined the happy couple for a sun-soaked ceremony in Benalmádena in Spain's Costa del Sol.

Commenting on their wedding celebrations Tom said: “We’re just off the back of a two-week celebration so the recovery is ongoing. Myself and Linda are massive hurling fans. We go to all the Kilmallock matches so the theme behind the wedding was always obvious to us. We had to make it about the hurling considering both Limerick and Kilmallock’s recent successes.”

Limerick of course were crowned All-Ireland champions last month for the third year in-a-row while Kilmallock are the reigning Limerick club hurling champions.

Back to Tom and Linda! The beaming couple couple flew home to Limerick after their wedding in the sun to have their Irish blessing with celebrations held at Bulgaden Castle near Kilmallock. And the most talked about guest in attendance was who else but Liam MacCarthy - well a replica of the real thing.

“It was actually easier to get our hands on the MacCarthy Cup than it was the Limerick Senior Hurling Championship Cup,” Tom laughed.

“We got our hands on it after we made a few phone calls. The Liam MacCarthy Cup was out in Kilmallock for the homecoming celebrations so we rang a few contacts and explained our story and the theme behind the wedding and suddenly it was with us at Bulgaden Castle for a few hours during our celebrations!” Tom exclaimed.

The couple who are both from Kilmallock have been together for 11 years. They decided that the wedding would take place two weeks after the 2022 All-Ireland final in the hope that Limerick would be three-in-row champions at that stage.

The happy couple now look forward to Kilmallock senior hurlers' campaign in the Limerick Senior Hurling Championship and to many more happy days together on the sidelines.