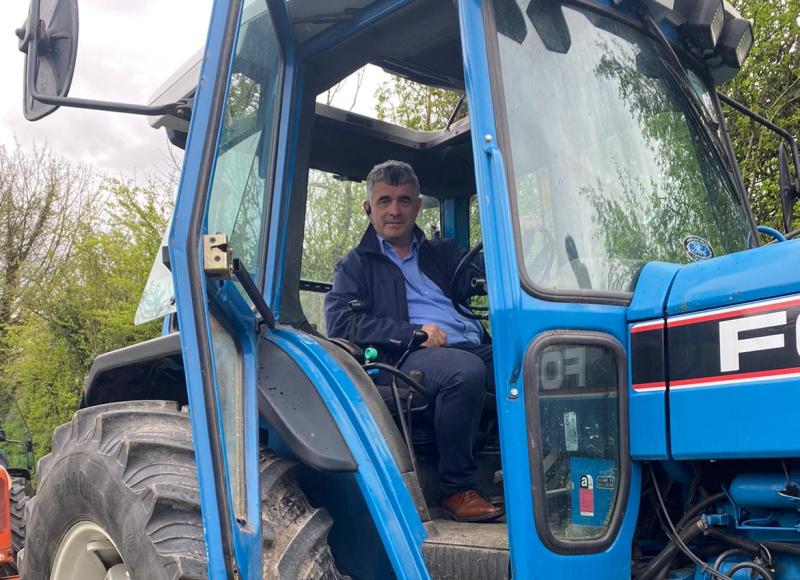 RURAL County Limerick has been dealt "another devastating blow" by the Government’s decision to mandate the farming community to cut its greenhouse gas emissions by 25%, according to a local Independent TD.

"It represents a devastating blow to the entire agriculture sector and rural communities right across County Limerick, from Abbeyfeale to Galbally and everywhere in between.

"There isn’t a town or village that won’t be affected by another anti-rural Ireland move by this inept Government," said Deputy Richard O’Donoghue.

"Our farmers, who are among the most carbon efficient food producers in the world, will, despite the spin, be hit extremely hard by this decision, as they have much less scope to lower emissions without drastically compromising food production and reducing the national herd."

Mr O’Donoghue said there are around 6,000 farms in County Limerick employing over 7,000 people.

"It will lead to a cull of the national cattle herd at a time when other countries are drastically increasing herd sizes. In Limerick, the cull will run to several thousand animals.

"The Government’s attack on agriculture will destroy the family farm and likely lead to small farmers being forced out of business in the coming years. Our farmers are the scapegoats of climate change, receiving no exemption or special arrangement.

"This full-frontal attack on the rural way of life, dressed up in glossy climate change lingo and without any consultation, is callous and cruel.

"As Governments around the world have taken a pause or changed course on reducing carbon emissions in light of the dramatic changes in circumstances, ours continues to proceed with severe mandatory cuts, even though Ireland produces only 0.09 percent of the total global emissions."

Mr O’Donoghue concluded: "Setting such high legally-based climate change emission reduction targets for farmers will force the closure of farms nationally and send food prices soaring - at a time when inflation is rocketing.

"These deep farm emission reductions, within the currently evolving inflation-induced environment, are reckless and dangerous. All in all, the farm reduction targets show that this Government is neither an ally nor an advocate for Irish farmers."