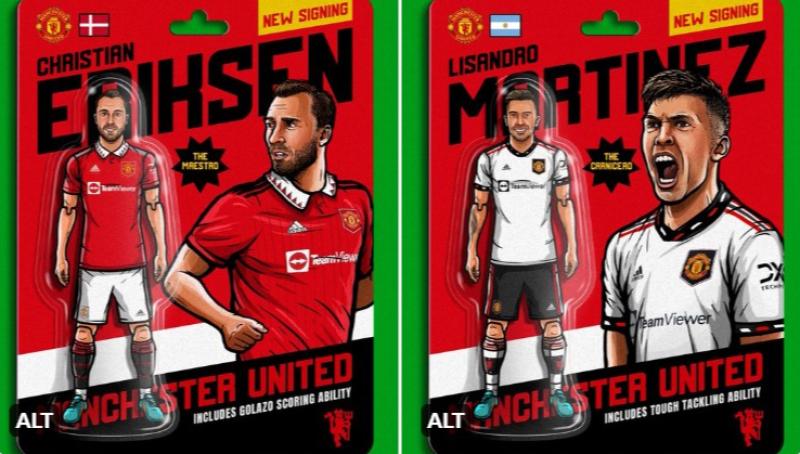 A LIMERICK illustrator is in a theatre of his own dreams after working with his favourite club Manchester United on artwork for two of their hottest new summer signings.

Fedamore man Damien Quinn, who goes by DamienDraws online, has built up quite a contact list, creating artwork for the likes of the PGA, FIFA, AFL, the Denver Broncos and Leinster, to name a few.

Last week, the Red Devils posted two pieces of fan art from Damien on Twitter. One an illustration of new Danish signing Christian Eriksen and a second of Argentinian centre back, Lisandro Martínez.

The Premier League giants, who have more than 30 million followers on Twitter, have hinted that artwork from the Limerick illustrator will be available for public purchase soon.

“I love this club. Thank you ManUtd for sharing my illustration work,” Damien wrote online.

Limerick rising star in Republic of Ireland U19 soccer squad

Now based in Sydney, Australia, Damien first cut his graphic design teeth studying Visual Communication at the Limerick School of Art and Design, in Limerick city, before relocating to New South Wales.

While he may be living down under, Damien’s artwork remains close to the heart and is never too far from home. In 2018, his illustration adorned the front of the Limerick Leader as the senior hurling panel captured their first All-Ireland in 45 years.

“Hurling and soccer would have been my sports growing up and the dream one day is to do some illustration work for Man Utd,” he told the Limerick Leader in December, last year.

After threading his brush through the biggest bucket list item on his agenda, Damien took to social media to put the lid on “an emotional rollercoaster of a day.”

“I really appreciate all the love and support from followers and the illustration/design community. You are all legends,” he concluded.