Limerick rising star in Republic of Ireland U19 soccer squad 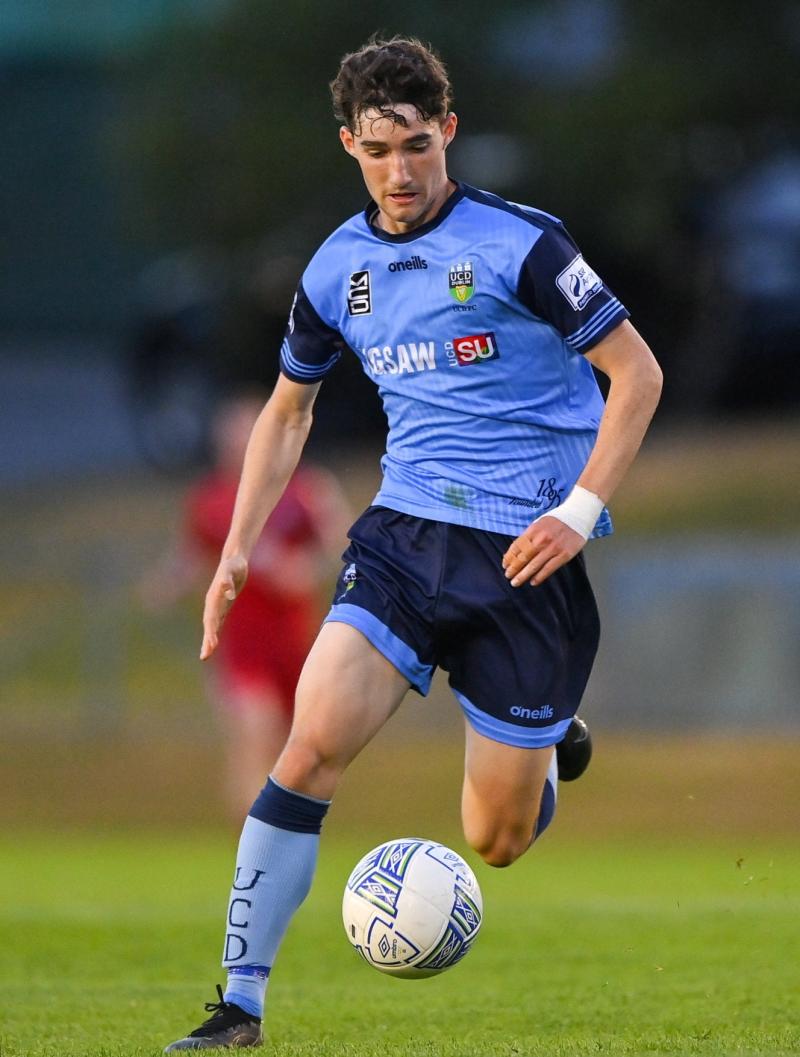 John Ryan in action for UCD this season

LIMERICK teen John Ryan is included in the Republic of Ireland U19 soccer squad preparing for the UEFA European Championships qualifiers.

The defender is part of a 30-strong squad Head Coach Tom Mohan has assembled for a training camp in Loughborough, England.

The former St Kevins Boys and Shamrock Rovers player is a past pupil of Milford NS, Castletroy Gaelscoil and Castletroy College. He also previously played GAA with Ballybricken-Bohermore and Monaleen clubs.

Ryan tasted tasted double national underage league success at U17 and U19 level with Shamrock Rovers last season before switching to UCD.

The talented Limerick teenager has represented the Rep of Ireland at under-age level up through the age grades.

This week's camp will build on a double-header of friendlies played against Iceland in Pinatar in June and a number of homebased assessment days that have already been held.

Ireland will head to Wales in mid-September where they will face Hungary, Wales and Gibraltar in Round One of qualifications.