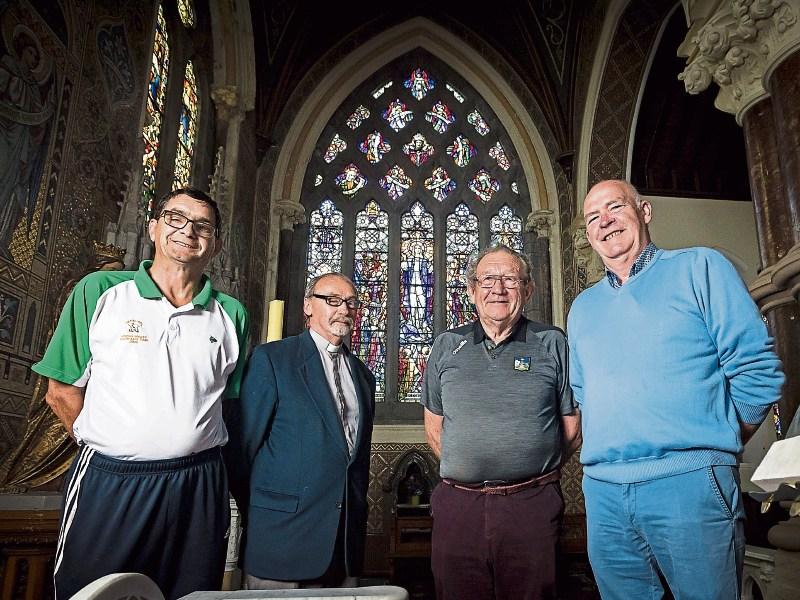 A COMMUNITY has come together to organise a golf classic to fund vital repairs to a church window.

The lead in the window at the rear of Saints Peter and Paul’s Church in Kilmallock has reached the end of its useful life, and is causing the glass to contract and expand within its frames.

But replacing this material doesn’t come cheap, and as a result, a committee has been put in place to try and raise the thousands of euro needed to do this.

They’ve teamed up with the Kilmallock Golf Society, and a three-ball classic will take place at Charleville Golf Club on Friday, August 19, where it’s hoped €15,000 can be raised for the replacement works.

Barra O’Dwyer, who used to own and run the Golden Vale Bar in the town is one of those behind the event, and said: “The lead in each window panel has gone past its sell-by date. The windows are there since the 1940s. It’s costing €2,500 for each panel to be fixed. We have a specialist in lead coming in from Templeglantine to look after it.

“At the moment, some of the window is bulging out, and more is bulging in, so it’s obviously dangerous,” he added.

Barra praised the response so far from the community.

“It’s been very good. All the local businesses have come on board. Some have made donations higher than what we’ve been looking for. Overall, there’s been a fantastic response from the parish,” he said.

The alternative to not fixing the windows is pretty dire, Barra added.

“If the lead is not replaced, the window would simply fall out. They are all fabulous windows in the church and if anything were to happen to them, it would be a real shame,” he added.

All are welcome to get involved with the golf classic.

For more information, or to make a donation to the appeal, please telephone Barra at 086-8163380.