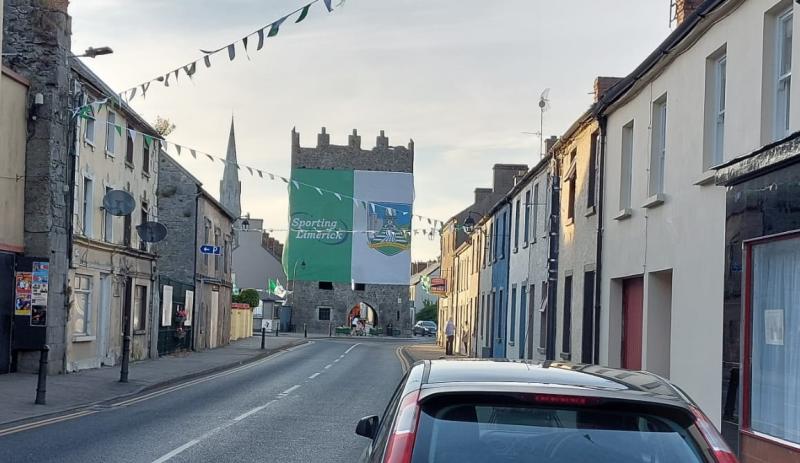 WITH less than 48 hours to go to Sunday's All-Ireland hurling final between Limerick and Kilkenny, a massive Limerick flag has been erected on a castle in Kilmallock.

The 40 foot by 30 foot flag, which was the centre of much debate this week appeared on King’s Castle in the centre of the town this Friday evening.

“It’s up,” posted one local on social media, referring to the flag which was erected on the castle last year in support of the Limerick hurlers in their quest for All-Ireland final glory.

Another person added: "The flag is up as of this evening. Well done people power."

Traffic in Kilmallock is said to be extra busy this Friday night with people driving into the town for a look at the massive flag.

Sunday's final, which throws in at 3.30pm at Croke Park, will be broadcast on RTÉ One television and Sky Sports Arena. There will be live radio coverage on RTÉ Radio 1 and Live 95. Follow Limerick Live and its social media channels throughout the day for plenty of coverage from Limerick and Dublin.

Gates for the big screen event at TUS Gaelic Grounds open at 2pm on Sunday.