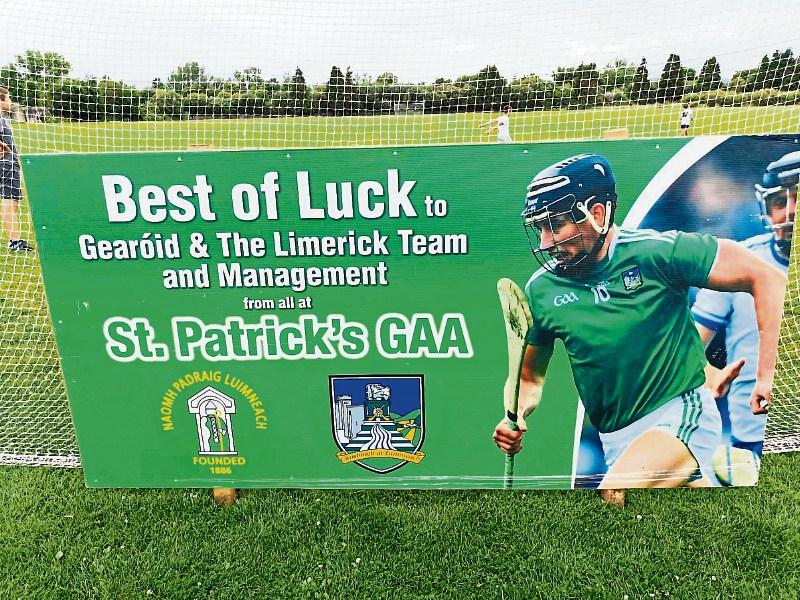 ST PATRICK’S GAA club in the city have always come out in force to support one of their own.

And this year is no exception, as flags have gone up around Rhebogue to back former hurler of the year Gearoid Hegarty as he and his Limerick team bid to slay Kilkenny.

Stalwarts of the club – the oldest in the city – have been out in force these last few days to ensure when the 27-year-old leaves his community on the morning of the match, he’ll have no doubt they are in his corner.

Hammy said: “We felt we should decorate Rhebogue as we have our own clubman, Gearoid Hegarty who lives in Rhebogue. So we decorated the main Rhebogue road all the way down into the St Patrick’s GAA field. We’ve flags, bunting and everything.”

“We are going for three-in-a-row and we’ve done this every year Limerick has been in the final,” he added.

Hammy paid tribute to Gearoid for the time he gives back to his own club, saying: “He’s a great guy”.

“He is so down-to-earth. Like all his family, his mam, dad, brothers. They are all so nice. It’s just bred into them, to be modest,” he added.

As for a prediction for this year’s final, Hammy is expecting Limerick not to have it as easy as their last two Croke Park deciders – but still to come out on the right side to lift their fourth Liam MacCarthy cup in five years.

“I think Limerick by four points,” he said.