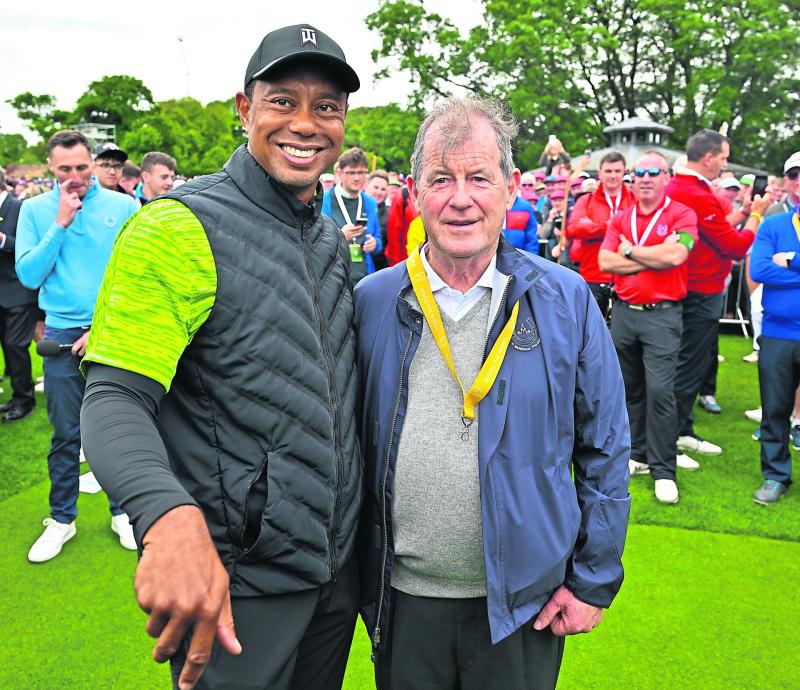 JP MCMANUS has taken time out to thank everyone involved in this week's hugely-successful Pro-Am tournament in Adare Manor.

Ten of the top 11 golfers in the world took to the fairways at the five-star resort this week, alongside plenty of celebrities for the invitational tournament.

In a post on social media, Adare Manor published a quote from Pro-Am host JP McManus, which read:

"As we close a chapter of a new piece of Adare Manor history, we are endlessly grateful for the generosity of time, support and giving from all those who shared this moment with us," he stated.

The star attraction over the two days was, of course, Tiger Woods, widely considered to be the greatest golfer of all time.

But there was plenty of other stardust, with one of those taking part, soccer legend John Terry responding to the Instagram post with three green heart emojis.

Around 80,000 spectators attended the sold-out JP McManus Pro-Am which has raised tens of millions of euro for charities in Limerick and across the Mid-West.