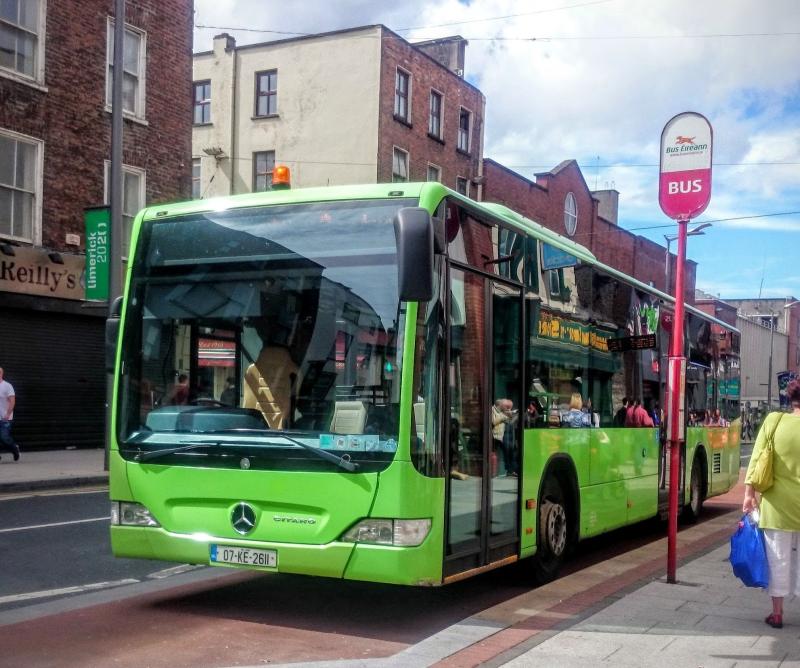 The private transport company which operates the 307 and 308 bus routes in Limerick city has confirmed it plans to suspend the services from this weekend.

The busy bus routes, which operate between the city centre and the Annacotty and Castletroy areas, will cease from close of business this Friday, July 8.

Dublin Coach, which confirmed the news via social media, declared that being excluded from the 20 percent Fares Reduction Scheme announced by Green Party Leader and Minister for Transport Eamon Ryan combined with rising fuel costs are the reasons for the suspension.

The company says it hopes to "resume when normal market conditions are restored" and that it regrets any inconvenience caused.

Reacting to the news, Labour Party Councillor for Limerick City East, Elena Secas commented: “Annacotty and other parts of Castletroy will be left completely without a bus service. Many people and students on Groody Road, as well as employees of Northern Trust and other businesses on Ballysimon Road rely on the bus service to get to work, university [and the] city centre.”

She added that the areas served by the two routes are full of "young families, students and an increasing number of elderly people who deserve good public transport".

Cllr Secas said: “If we are serious about moving away from a car-dominated city we need a comprehensive public service to cater for this huge influx of population in Castletroy/Annacotty that is lacking any bus service."

Student Community and Engagement Liaison Officer for UL, Andrea La Touche says the Dublin Coach routes were a “vital service” for students in Castletroy and Annacotty.

“Given the housing crisis, a lot of our students are living further away from the college such as Annacotty and Monaleen where it would take them 45 minutes to an hour to walk to UL and given the weather and other factors we have some students who might not do that.”

Ms La Touche believes that the suspension of the Dublin Coach bus services will have a negative impact on international students choosing UL.

Bus Éireann, which operates other routes in the city, is aware of the issue and it's understood it is looking at routes and scheduling with services they operate in the area.

However, this will not happen right away according to Fine Gael Cllr for Limerick City East Sarah Kiely:

“There was no real need from a competitive point of view for [Bus Éireann] to operate in the area but now there is a huge need for the bus routes to be reconfigured. They can’t just flick a switch and reroute buses, unions need to be consulted so this will take time but I am confident that something will be provided for the area,” she said.

“There are 17,000 students attending UL. Castletroy is the fastest growing suburb in the Mid-West with over 20,000 people recorded in the last census in the Castletroy area. We are trying to encourage people out of their cars and we are being told constantly that people need to start using public transport, this just goes against everything. That’s why it is very helpful for Bus Éireann to engage now and make sure that these people do get the service that they need,” Cllr Kiely added.