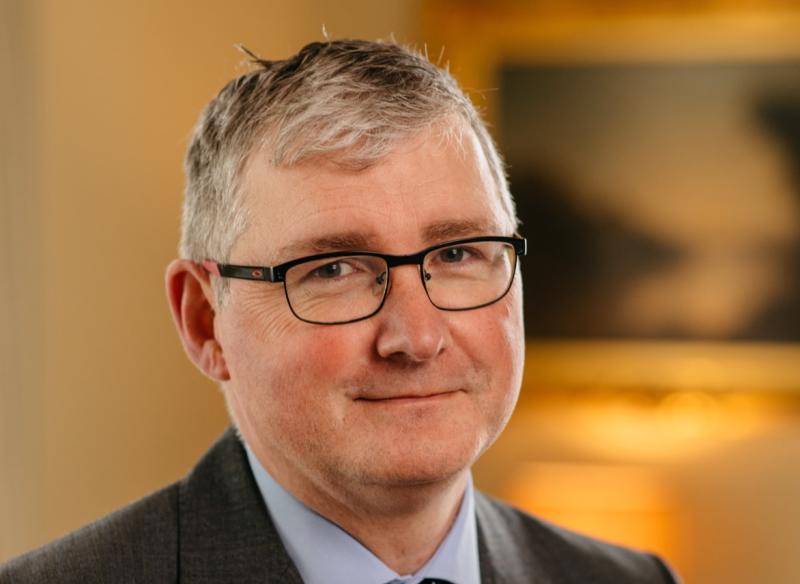 THE UNIVERSITY of Limerick (UL) has appointed a new Provost and Deputy President.

Professor Shane Kilcommins, a graduate of UL, has been appointed to the role of Provost and Deputy President for a five-year term, which he will commence on July 1.

He replaces Professor Nigel Healy, who was appointed interim provost in late 2020.

“I look forward now to further contributing to our understanding of what it means to be a 21st century university operating in the vibrant Mid-West region of Ireland,” he stated.

The Provost and Deputy President is the University's chief academic officer, with responsibility for overseeing the quality and delivery of the academic programmes offered by the university and all aspects of a student's academic journey from admission to graduation.

A graduate of UL, Professor Kilcommins worked as an Associate Professor in Law at UCC prior to joining UL in 2014.

His areas of expertise are evidence law, criminal procedure, penology and legal philosophy.

“I have always been very grateful for the opportunity to work with the outstanding staff and students in UL,” he added.

Since joining UL, Professor Kilcommins has served as head of the School of Law between June 2014 and December 2020 and as Executive Dean of the Faculty of Arts, Humanities and Social Sciences (AHSS) since April 2021.

He is also a Fulbright scholar and works with various national and international bodies in criminal justice related areas.

He is an examiner for the Law Society of Ireland and sits on the board of the Victims’ Rights Alliance.

Professor Mey said she wished Professor her new Deputy President “every success in his new role”.

“I would like to thank Shane for his outstanding commitment to the University and his focused, inclusive and systematic work as Executive Dean of AHSS and as a member of the Executive Committee,” Professor Mey concluded.