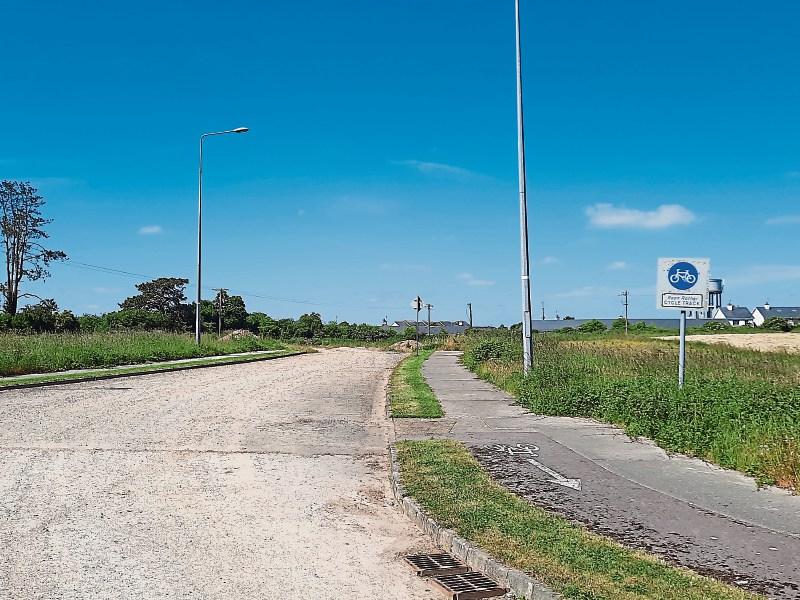 LIMERICK City and County Council says it does not have the funding to complete the Croom Distributor Road - despite concerns it may impact on the expansion plans of the local primary school.

Briefing members of the Adare/Rathkeale Municipal District, senior engineer Robert Gallagher confirmed the project - described as the ‘Road to Nowhere’ - will not be proceeding despite being included n the Croom Local Area Plan.

He said a 750 metre section of the distributor road, costing €4.7m, was completed last year to facilitate access to the new Colaiste Chiaráin campus on the outskirts of the village.

Mr Gallagher added that it will cost around €3m to build the final 400metres - the equivalent of €7,500 per metre.

“It remains an ambition (to build the road) but we don’t have the funding,” he said, adding the first section of the distributor road was partially funded by Limerick and Clare Education and Training Board and the Department of Transport.

“If it (the remainder of the road) is to be built, the only source of funding is from ourselves,” said Mr Gallagher who told the monthly meeting of Adare/Rathkeale councillors that he recently met with representatives of St Mary’s National School which, earlier this year, secured approval from the Department of Education for a multi-million euro expansion.

That project is dependent on a new entrance/drop-off point being constructed along what was the proposed route of the distributor road.

The current school entrance cannot accommodate large vehicles and an ambulance had difficulties accessing the campus when it responded to an incident earlier this year.

Mr Gallagher accepted the current school entrance is “dangerous to an extent” and he told councillors the local authority has been engaging with school management and representatives of Limerick and Clare Education and Training Board which owns the land adjacent to the primary school.

“The school can develop and expand without the need for the distributor road,” insisted Mr Gallagher who said the council will engage with the school for other Active Travel initiatives such as the ‘Safe Routes to School’ and ‘Park and Stride’.

Separately, the council is engaging with a property developer who has a number of ‘live’ planning applications relating to lands alongside the unfinished section of road.

“He was looking for us to build the distributor road in order for his application to go ahead,” said Mr Gallagher who said the proposed developments include housing and a nursing home.

“We have spoken to the developer and agreed with him that he will be able to go ahead with his developments if he himself continues an access point from the ‘Road to Nowhere’ and he can continue that on an incremental basis.”

Councillors requested a further update for their next meeting to include detailed maps and more clarity regarding the funding options.