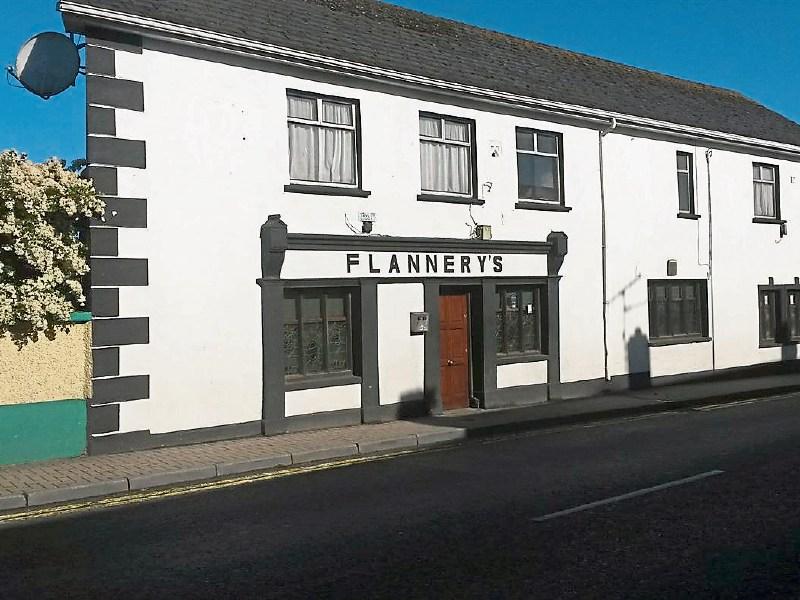 THE LAST pint appears to have been pulled in Flannery’s in Caherconlish following the sale of the public house.

It has been successfully run by Seamus Flannery and family for over half a century up until Covid. According to Caherconlish notes correspondent Pat Hourigan it gained a reputation for serving a beautiful pint of Guinness.

“It was like swallowing a jug of cream,” recounted one man to Pat. But due to costs rising and societal changes publicans are no longer like cats that got the cream

Last week, Limerick Live reported on The Red Setter bar in Castlemahon being sold with one of the options being “great planning potential” for a development of detached houses.

And it looks like Flannery’s, located on Caherconlish Main Street, will also be turned into residential accommodation. The advertisement stated that the property could lend itself to conversion to residential units subject to planning permission.

Gordon Kearney, managing director of Rooney Auctioneers, said there was good interest in it after he brought the property to the market.

“But I'm going to call a spade a spade - there was no interest in it operating as a pub. All the interest was in acquiring the property and looking at converting it into residential accommodation or alternative uses,” said Mr Kearney.

The Flannerys decided to retire and there are many owners of pubs in Limerick in a similar age bracket. There is a noticeable trend of pubs turning into residential accommodation.

“It was happening pre-Covid but Covid put a stop to it. I am seeing signs of it coming back, particularly in rural pubs. There is a focus now on those pubs whose owners do not see the future being in operating as a pub.

Interestingly, he says there is quite an active market for liquor licenses and not, as this reporter guessed, from new pubs in growing cities.

“I have sold six this year so far. The majority of them are being bought by supermarkets - your Super Valus, Aldis, Lidls, Centras etc and they are converting them into off-licenses. The average price is in the late fifty thousands. I have got anywhere from €55,000 to €60,000 and that depends on how eager somebody is. There is quite a steady market,” said Mr Kearney.

It is understood the new owners are local investors and plan to turn the building into accommodation.