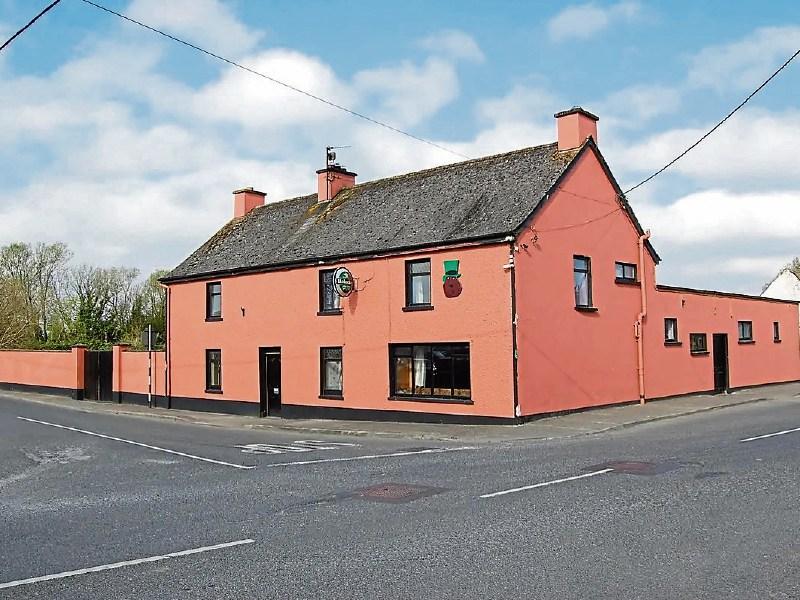 THE RED Setter is up for sale but the sun may be setting on its days as a pub.

The Castlemahon watering hole traded successfully as a seven day licensed premises until Covid hit our shores in 2020. It is synonymous with the Liston name and goes back generations and generations within the family.

The Red Setter was purchased by the current owners in the mid-nineties. They are understood to be retiring and auctioneer Charles O’Brien has brought it to the market.

He says the entire property and adjacent grounds are being offered for sale without the pub license but if the purchaser so wishes they can purchase it. Mr O’Brien is guiding at €350,000.

The sale includes the licensed public house area and lounge; four bedroom property overhead the pub; derelict cottage and rear grounds and grounds with around 427 feet of road frontage.

Builders as well as publicans and restaurateurs have expressed interest.

“Adjacent to the pub, there is a very important piece of ground which has great planning potential,” said Mr O’Brien.

Indeed, the advertisement on Daft reads: “The present owners had a pre-planning request with Limerick City and County Council and they were in favour of a proposed development on this parcel of ground consisting of five detached houses 1,936 sq ft each.

“It is anticipated further planning may be obtained on the remainder of the grounds subject to Limerick City and County Council approval.”

There is the possibility of up to seven or eight homes on the main street site if the council agreed.

Irish Water has confirmed that the proposed connection to the network for five houses can be facilitated. It is stressed that the owners are not selling any of the property subject to planning permission.

However, Mr O’Brien isn’t ruling out the possibility of The Red Setter continuing on as a place for locals to socialise.

“I would see a future there for it as a gastro pub,” said Mr O’Brien, who cited the popularity of Foley’s at the Pike, Neville's at the Cross and The Old Stand in West Limerick

His phone has been buzzing with interested parties enquiring about the property.

“I've a nice few enquiries, with people looking at different options. There is a lot of space in the property itself, now it would need a major refurbishment but you have the space there. Or the other option is to knock the whole thing and go for more houses

“It’s suitable for at least five houses. There is a cottage there that would give you planning for another house plus there would be more space for houses after that. You could have seven or eight houses,” said Mr O’Brien.

It remains to be seen whether the new owner thinks there is more profit in building properties compared to pulling pints.