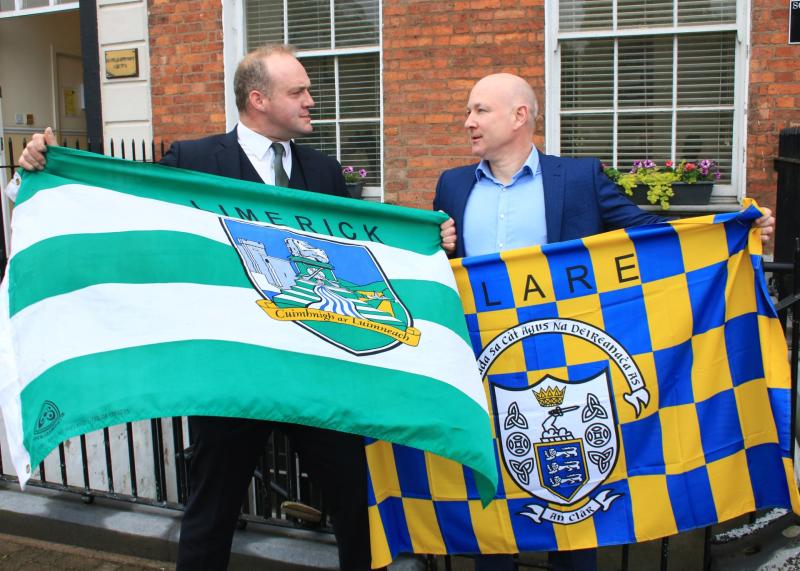 WHEN Limerick won the All-Ireland in 2018 Emmett O’Brien, barrister, broke the window in solicitor Paddy Moroney’s office so God knows what will happen after Sunday!

Tensions are increasing in many workplaces in Limerick and Clare as the day of the Munster final approaches. Thoughts turn to Limerick walloping Clare in 1994, the Banner lowering our colours in 1995 and, well, the name Ciaran Carey encapsulates 1996.

Mr O’Brien, Pallaskenry and Scariff man Mr Moroney, of Meehan Moroney Solicitors, work in the same building in Limerick city. The loss to Clare in 2013 is fresh in Mr O’Brien’s memory.

“I’ve barely saluted the two Clare boys (Paddy and Michael Moroney) in the office since the All-Ireland semi-final in 2013 but I somehow managed to get into Paddy’s office in 2018 and hung a Limerick flag out his window before the All-Ireland.

“I accidentally broke a pane of class when I was pulling the window down but replacing the glass was worth every penny to see the look on Paddy’s face when Limerick won the All-Ireland,” said Mr O’Brien laughingly.

The barrister remembers fondly the 1994 and 1996 Munster final.

“1996, of course, was a day we’ll remember until the day we die. 1995 was not a day to remember however. I didn’t get caught up in any sentimentality about Clare winning a Munster title for the first time in 63 years as Limerick lost. Listening to the Clare boys blowing the horn of the cars all the way home from Thurles certainly coloured by view. Having said it there is no match like a Limerick Clare hurling match,” said Mr O’Brien, who is refreshingly succinct for a barrister when asked for his prediction. “We’ll win,” said Mr O’Brien. 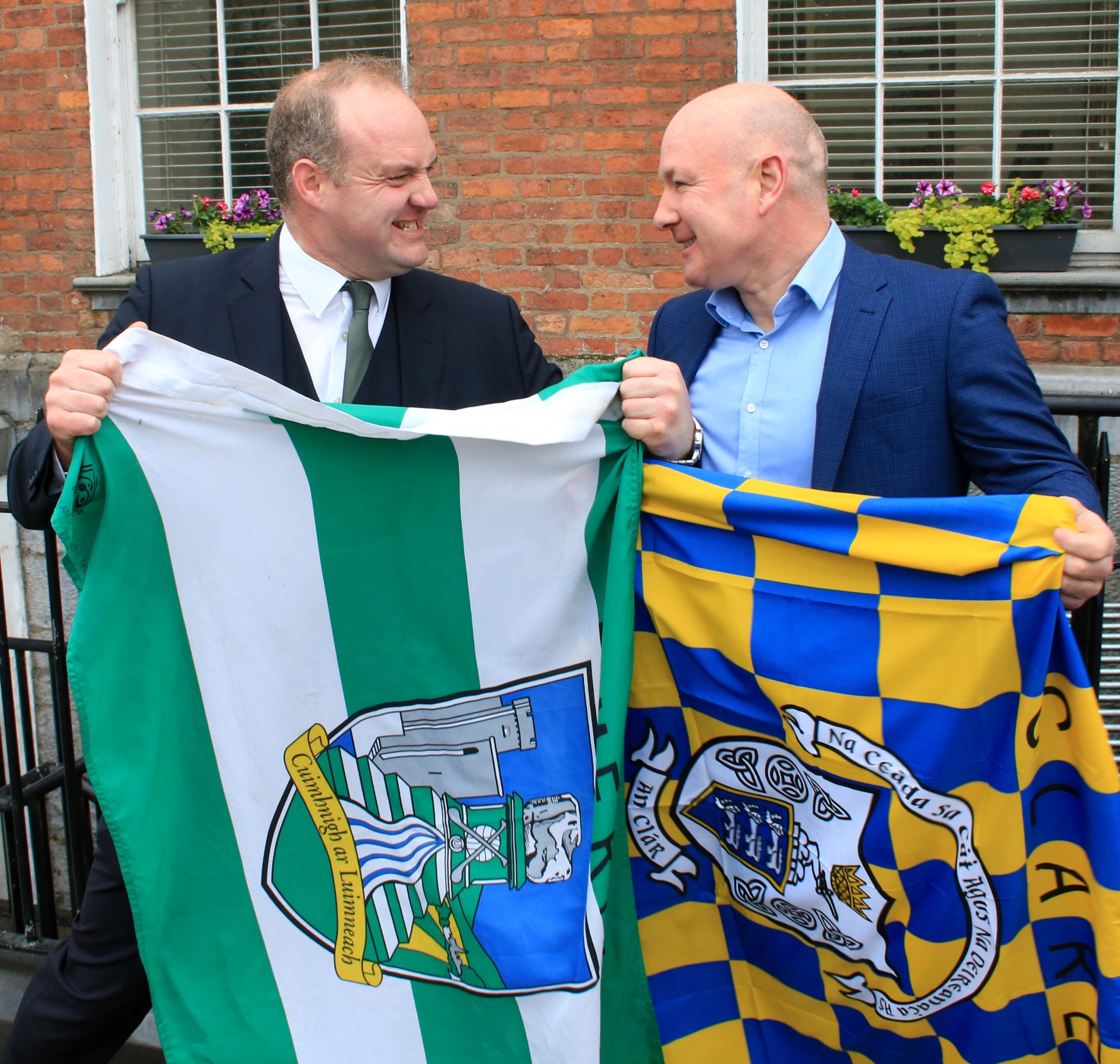 Mr Moroney strikes a more conciliatory tone, one befitting a man working in enemy territory. But he knows what he is talking about as he won an All-Ireland minor medal with Clare in 1997.

“It will be a massive ask for Clare to beat Limerick but we would hope we will give them a good game and hopefully the contest will be as competitive as it was in Ennis,” said Mr Moroney, who too has great memories of the mid-nineties. He and his minor teammates would have trained before the seniors and got to know the players on that great Clare team.

“There was a right buzz back then and you can sense it again particularly after the game in Ennis. There is a great buzz in the county. It should be a great day out for all the supporters,” said Mr Moroney. One thing the two men can agree on is they won’t be sitting beside each other in Thurles!