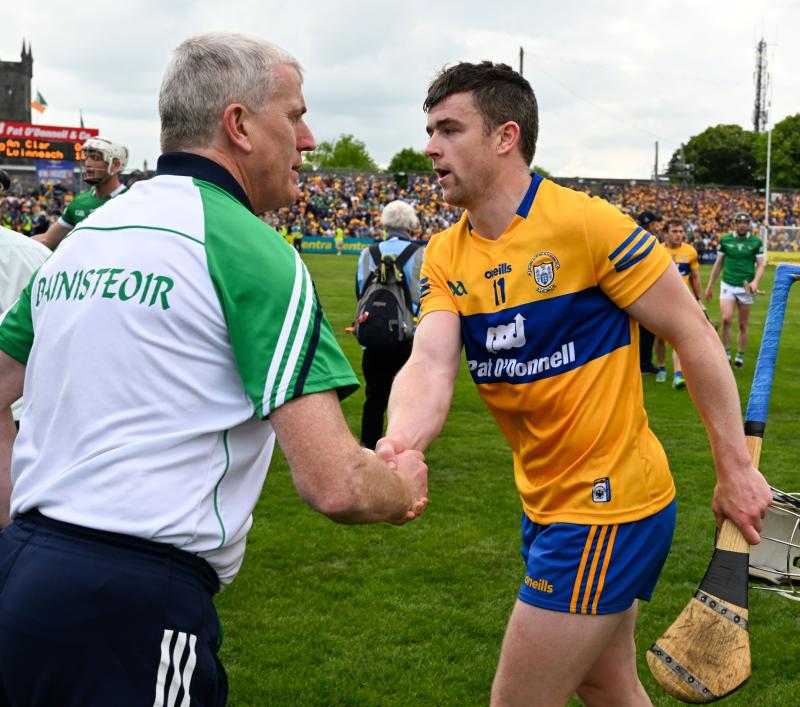 LIMERICK's hurlers are three-in-a-row Munster SHC winners but John Kiely is adamant that his silverware laden panel of players will never overlook the importance of the competition.

Incidentally, Limerick under Kiely have won 13 of 19 games, with two draws and four defeats – the last defeat was 11 games ago in 2019.

“It’s a great competition and one that every player in Munster should want to be a part of it and to be successful in it. The Munster final is always a very special day. Before I ever got involved I would have gone to Munster finals that Limerick had no involvement in - I was in Killarney when Nicky English kicked the ball to the net after they beat Cork and he was my teacher at the time but I was there because it was the Munster final. I can remember standing up on the terrace on the grass steps as it was at the time in Killarney,” recalled the Limerick manager.

He added: “A great test and a great competition and every day that you go out you know that you need to put it all out there and hope it will be good enough. Competitive, quality fixtures with phenomenal crowds and greta excitement and where else would you rather be”.

And, Kiely feels his side were ‘not on the money’ when Limerick and Clare met in Ennis three weeks ago.

“We are not happy with our performance in Ennis the last day - we didn’t get our aggression levels right, we weren’t accurate enough, didn't work hard enough, weren't good enough on our set-piece and weren’t good enough on the opposition set-piece - we need to find significant improvement for the next day and that’s just the facts of the matter,” outlined Kiely.

Sunday will be the fourth Shannonside meeting of 2022 – draws in the league and championship and a Limerick win in January’s Munster Cup.

“Of course you are going to learn from the previous games - you are always going to spot pieces of patterns to plays, patterns to set pieces and you got to learn from those and share that learning with the group and discuss it and decide who you are going to deal with it. Are there major structural changes required? No. But there are particular points of emphasis,” said Kiely.

The Limerick manager said that nothing but a performance better than the four round robin displays will see the Mick Mackey Cup stay local next Sunday.

“I would hope that we can bring what we had in the round robin series in terms of performance and continue our trajectory in terms of performance levels upwards towards the Munster final and that’s the challenge and goal now. To produce a performance that is even better than the last four performances - that is well within their capacity but you have to go after it and really focus and as a group we are very focused on our work in order to produce that type of performance,” he explained.

Kiely also stressed that his side weren’t surprised at the progress of Brian Lohan’s Clare this season.
“We are not in the slightest bit surprised I can assure you of that. We’ve full respect for them as a side who have put themselves in this position where they topped the group. They have been the best team in Munster to-date this year and that is just the facts of the matter.

“The challenge is there for us to go and take them on and see if we can find a better performance and see if we can challenge them more. You have to stand back and say yes that’s a very credible campaign they have had to-date so listen we have a real massive challenge on our hands so we have to go after it.”