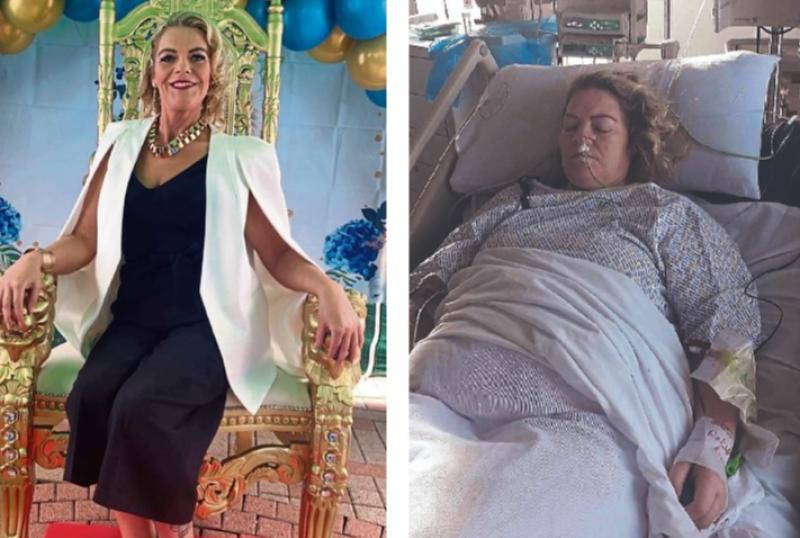 Leanne O'Driscoll was hoping to save €10,000 by having a gastric sleeve fitted in Turkey but she ended up in UHL with septic shock

A WOMAN is urging people to avoid having medical procedures abroad after she went into septic shock following an operation in Turkey.

Leanne O'Driscoll travelled with three of her friends to have a gastric sleeve fitted last October.

The procedure would have cost over €14,000 in Ireland, however, Leanne and her friends paid €2,400 for the same operation in Turkey.

The Meelick native decided to have the procedure as her weight was affecting her mental health and she became depressed.

Leanne's friends had their procedures done with no issues but the next day she woke up with reservations about her surgery.

However, the 43 year-old told Limerick Live before she knew it she had been given a sedative for the operation and had been brought to theatre.

“Before the surgery I had a drain put in and when they took it out, blood was pouring out of it but they just put a bandage on it and sent me off. I was in a bit of pain the next day but nothing too worrying as I had just had surgery.”

A Lidl bit of kindness in Limerick supermarket

Leanne, who is a mother of three, lost over six stone after the operation however, when she got home from Turkey she became ill and was rushed to University Hospital Limerick after collapsing at home.

“My blood pressure had dropped to 48 over 27 and my heart rate had gone up to 130. I had gone into septic shock and they found a bleed in my spleen which had been nicked during the surgery. They thought I was dying and they rang my partner to come and say goodbye to me.”

Leanne had to have her spleen removed and received 11 pints of blood.

Leanne says her life has completely changed since the surgery. She is on medication twice a day for the rest of her life and is still off work.

“I would advise people against travelling for surgery. I think the HSE should bring the price down, my family could have been using that €10,000 in the price difference to pay for my funeral.”