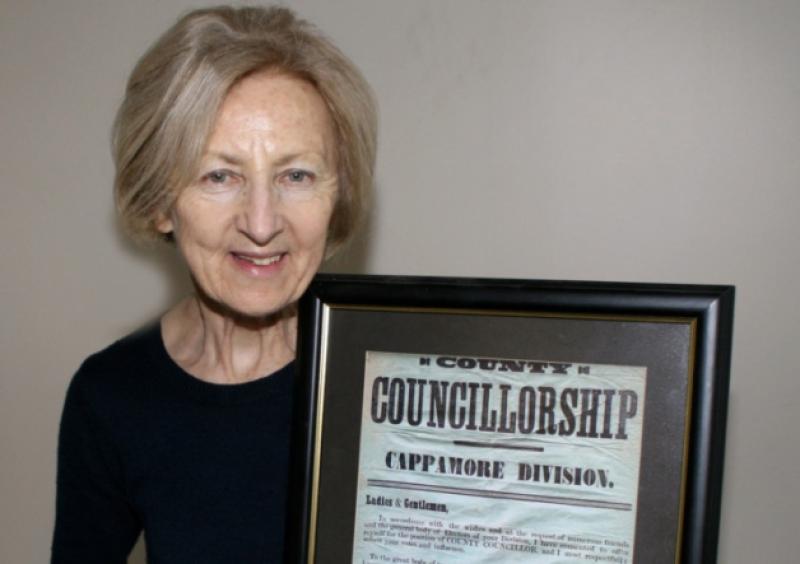 LIMERICK City and County Council will hold a special meeting on Friday to remember former Cathaoirleach Mary Jackman who has passed away.

Ms Jackman passed away on Monday at the age of 79 at Milford Care Centre.

Ms Jackman was first elected to the then Limerick County Council in 1985 from the Castleconnell Local Electoral Area and was subsequently re-elected in every local election since until her retirement from politics in 2014.

She is survived by her husband Nicholas, daughter Nicola, sister Ursula and extended family.

Former Limerick senator and councillor Mary Jackman has passed away

The meeting will take place on Friday, June 3 at 9am at the council chamber in Dooradoyle as well as online.

Ms Jackman's funeral mass will take place on Friday in Mary Magdalene Church, Monaleen at 11am.

As a mark of respect, the Irish flag will fly at half-mast at the council chambers until after her funeral mass.

Commenting on her passing, Mayor of the City and County of Limerick Cllr Daniel Butler said: "Mary was an absolute lady. She was always full of energy, positivity and warmth. I spent many a time canvassing for her and with her.

"When I was young she was always so encouraging and again later in life when I entered politics. She will be sorely missed. On behalf of the people of Limerick I would like to extend my sympathies to her husband Nick, daughter Nicola and extended family."