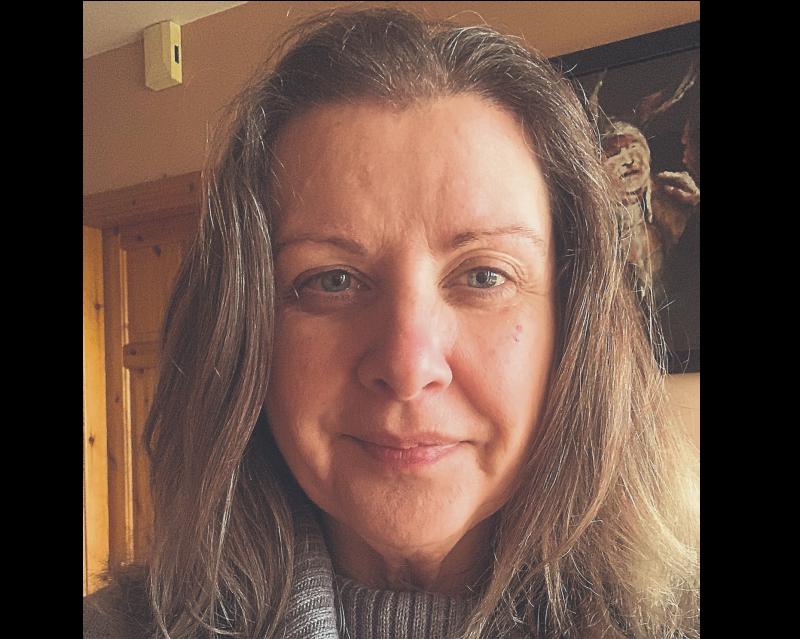 A FORMER Limerick-based principal and niece of one of Ireland’s great literary minds has put pen to paper on her journey of caring for her two uncles with dementia.

Into the Grey documents the slow cognitive decline of Mary Kennelly’s uncles, John and Brendan, and the silent toll that being a family carer takes.

“Everybody has somebody in their family suffering from the disease. It’s this big silent thing we all carry,” Mary, a long-time resident of Glin expressed.

John, a parish priest in Kerry, was her first uncle who was diagnosed with dementia. After living a pious and solitary life, he was no longer able to live alone, and was placed in a local nursing home.

“It was very sad, as all of a sudden it was like he was invisible,” the former Rathkeale principal said, reflecting on the busy community life his ecumenical duties once afforded him.

Mary spoke of the dependence that the family had on a “wonderful nursing home.”

She recalled her final moments with her uncle John, as staff held up the phone as he said his final goodbye, an all-too-common occurrence during what she described as a “very long lockdown.”

A published poet and writer herself, Mary remembers not being able to pick up her pen after her first uncle’s death, due to the feelings of intense grief.

It wasn’t until the passing of her second uncle, Brendan Kennelly, the famous poet and Trinity professor, that she finally felt compelled to put together her newly released collection.

“It’s so hard losing someone in front of your eyes,” she recalled, reflecting on how her uncle Brendan returned to the family stead of Ballylongford in Co Kerry, to live out his final days with dementia.

Into the Grey will be launched by Minister for Education and Skills, Norma Foley, on Saturday June 4 at 12pm, as part of the Writer’s Week 2022 festival, which will focus on Brendan Kennelly. All profits from the book will go to Our Lady of Fatima Home, Tralee, and Aras Mhuire Nursing Home, Listowel.

“While the collection is at times sad, at its core it is filled with love,” she concluded.