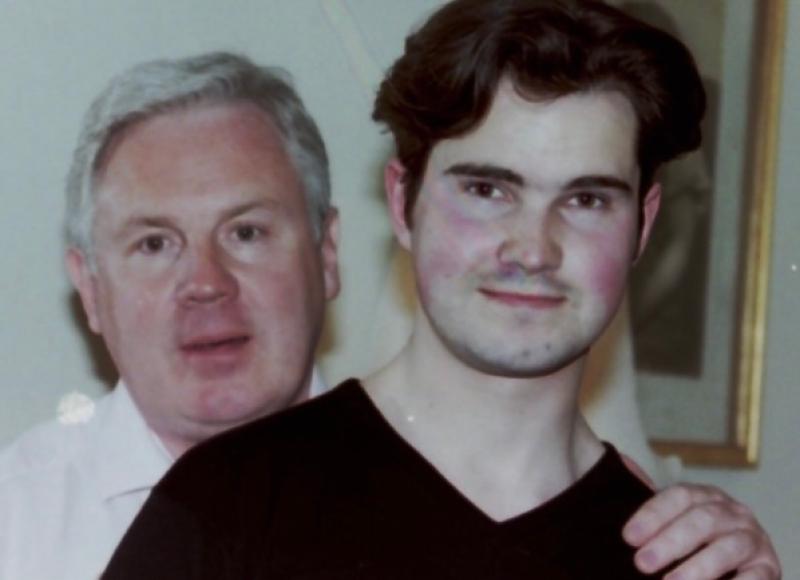 THE LIMERICK father of controversial comedian Jimmy Carr has called on the Mayor of Limerick, and Limerick City and County Council, to strip his son of an honour bestowed on him in 2013 unless they receive “a sincere public apology”.

And, in Jim Carr Snr’s view, if no apology is forthcoming, and if the Mayor or the local authority don’t rescind the distinction - A Certificate of Irish Heritage - then “it’s a joke!”

Jim Carr made his comments to Limerick Live this week in response to references made by his son, Jimmy, in his self-help book, Jimmy Carr, Before and Laughter.

The passages which have particularly irked the presenter’s father relate to Limerick, and Irish people in general.

The Limerick city native said his son’s comments “crossed the line” and are “derogatory” and “offensive”.

On page 23 of his latest book, Jimmy - who performed at Limerick’s Radisson Blu hotel last Friday night - writes: “I might seem urbane, but I’m the son of two immigrants from Limerick who moved to Slough (they moved from a sh** town to another sh** town, I guess they knew what they liked).”

“He’s one sick comedian,” his father Jim told the Leader, “literally and metaphorically. It looks like it anyway. Leave all that aside, I don’t want somebody writing that about Limerick in a book.”

Jim, who is a native of Mount Pleasant Avenue off Wolfe Tone Street, describes himself as a proud Limerick man. He attended the CBS primary and secondary school on Sexton Street in the city, competing in the Dr Harty Cup hurling competition. He also played rugby for Young Munster, Connacht and London Irish.

His son, who is one of the most well-known comedians working in Britain today, is famous for his deadpan delivery of controversial one-liners, for which he has been both praised and criticised. 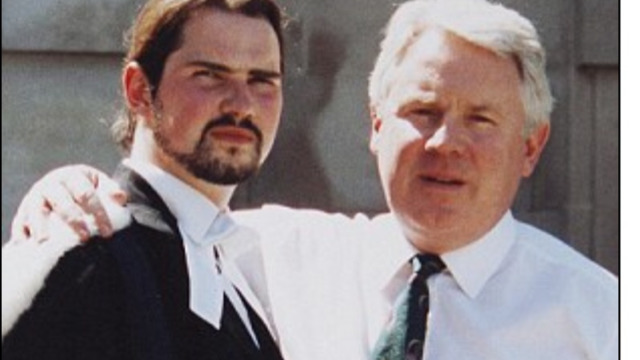 Just last February he came under fire for joking that “nobody talks about the positives” in reference to the Nazi murders of hundreds of thousands of people from the Roma, Sinti and Traveller communities.

The father and son who once were “extraordinarily close” have not been on good terms since 2004.

According to Jim, around the time that Jimmy made a false harassment accusation against him, he had sent a card saying “best dad in the world”.

“It’s the style of his comedy,” Jim continued. “I am not shocked or surprised that my son referred to Limerick and Slough as [sh** towns ]. He is, after all, a shock jock. His defence will be ‘they are only words, I’m only having a laugh’. But there are people reading that Limerick is a s*** town and Slough is a s*** town. Ironically, we didn’t move to Slough, we moved from Limerick to South Kensington, London,” Jim pointed out.

In his correspondence to the local authority this week, Jim wrote: “Limerick is a very proud city which had its charter before London and is not a town.”

As part of the Gathering Ireland initiative in 2013, each local authority was invited to nominate a person of Irish descent and born outside Ireland, to receive a Certificate of Irish Heritage.

Handing over the certificate, Mayor Kathleen Leddin commented: “Jimmy is very proud of his parental connections with Limerick and certainly has an emotional attachment to the city and to Ireland."

Meanwhile, Jim has also taken issue with a joke his son makes in the book about, “How many potatoes does it take to kill an Irishman?”

“The Famine - that’s our Holocaust for God’s sake,” said Jim, who added that “the book is full of defamation by word and innuendo.

“I have instructed my lawyer, and my lawyer has issued a letter before action to Jimmy concerning defamation.

“I love him, of course, like a son but I am still very active in business and I can’t be having my name sullied by innuendo,” he noted, adding “Jimmy claimed in a recent podcast that he hasn’t been in contact with me for 20 years whilst neglecting to say he phoned me in December 2018 asking for a huge favour. I gave him what he wanted but received not a word of thanks. Instead, he has blocked me from trying to tell him I forgive his false accusations and am ready for a reconciliation.”

When Limerick Live contacted Limerick City and County Council for comment in relation to the rescinding of the honour bestowed on Jimmy Carr in 2013, a spokesperson said they wouldn’t be commenting on the matter.

Jimmy Carr and his agent have not replied to a request for comment.