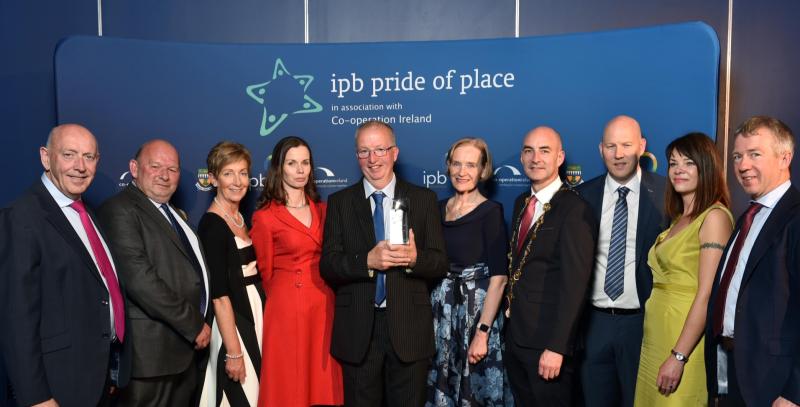 TWO LIMERICK community projects were honoured at the All-Ireland Pride of Place community awards in Killarney this week.

Woodlawn Park Residents Association were nominated in the Urban Neighbourhoods category but narrowly missed out. The awards, hosted by RTE’s Marty Whelan, took place in the INEC centre with 400 community volunteers in attendance.

Draw Out Limerick drew praise from the judges for the impact the programme has had on the city and further afield.

The judges were impressed with the engagement with young people in artistic endeavours, who might not otherwise have the opportunity and encouraging new skills development. The group demonstrated strong passion and initiative and a strong focus on community engagement.

Judges also praised Lough Gur, branding it, "An excellent project and demonstrates that with a positive attitude and passion for the area, so much can be achieved even in the midst of a pandemic".

The judges noted  Lough Gur Development Co-operative Society continue to develop the site with plans in place for a junior cycle trail which should ensure that the Lough Gur Visitor Centre will hold its place in Munster Vales and Tourism Development International as a flagship tourist destination in Limerick.

"The Pride of Place awards are a most important initiative, reminding us that creating societies that are ethical and inclusive is a task for all of our citizens, of all ages and circumstances.”

Pride of Place founder and Chairman Tom Dowling said: "These awards continue to be as important as ever as we are about to start judging the 20th year of the competition. The purpose of the awards has never changed. They are about recognising and celebrating the extraordinary, inspirational, and tireless work being done by communities all over the island of Ireland as they strive to make their place a better place in which to live."

Dr Christopher Moran, chairman of Co-operation Ireland, said: "Co-operation Ireland has no other programme that embodies the charity's ethos better than Pride of Place. We work to build relationships across the island and Pride of Place plays a critical role in that work.  The impact the awards have had in towns and villages across the island since they started in 2003 cannot be underestimated, and the continuing success of the awards is down to the dedicated volunteers and their love of where they live."

George Jones, Chairman, IPB Insurance, said: "The IPB Pride of Place Awards are an ideal platform to recognise the positive social impacts being made in communities across the island of Ireland. I would like to take this opportunity to commend all the communities involved for their spirit of collaboration and camaraderie in making it to the finals.

"It is also important to recognise the role of local authorities across the island of Ireland who work closely with their communities to support inspiring voluntary initiatives. These awards serve as one of the important ways that we can recognise those involved in working to make a difference in society."

Sponsored by IPB Insurance, the Pride of Place competition was initiated 19 years ago though a Co-operation Ireland programme to acknowledge the invaluable work undertaken by volunteers and those involved in local community development. It has grown into the largest competition recognising community development achievements on the island of Ireland.