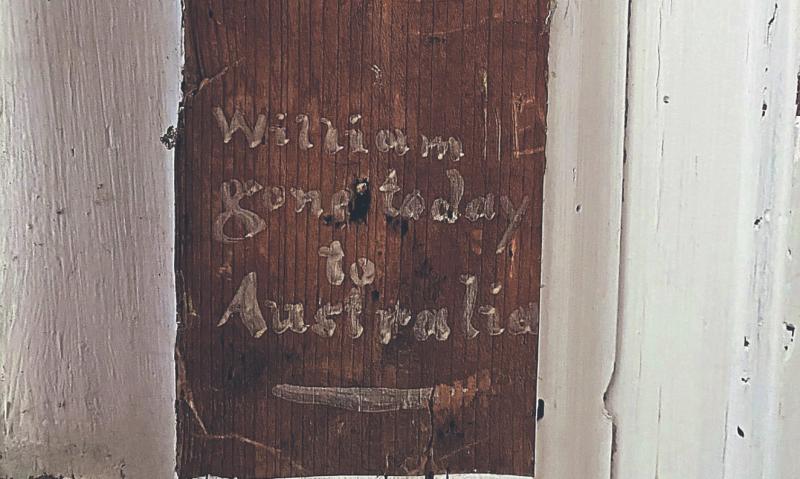 YOU JUST never know what might turn up when you’re doing a bit of DIY on an old house!

That was the experience of Karen Ievers, who found a note dating from 1875 between two sealed doors in her home at Sixmilebridge.

Karen and husband Norman decided to unseal two doors in the upstairs of their home – which has been in his family for generations – only to find the remarkable inscription by his great grandfather and great grand-uncle.

Given the doors had not been opened in decades, and did not have handles, it was some effort to get them open. 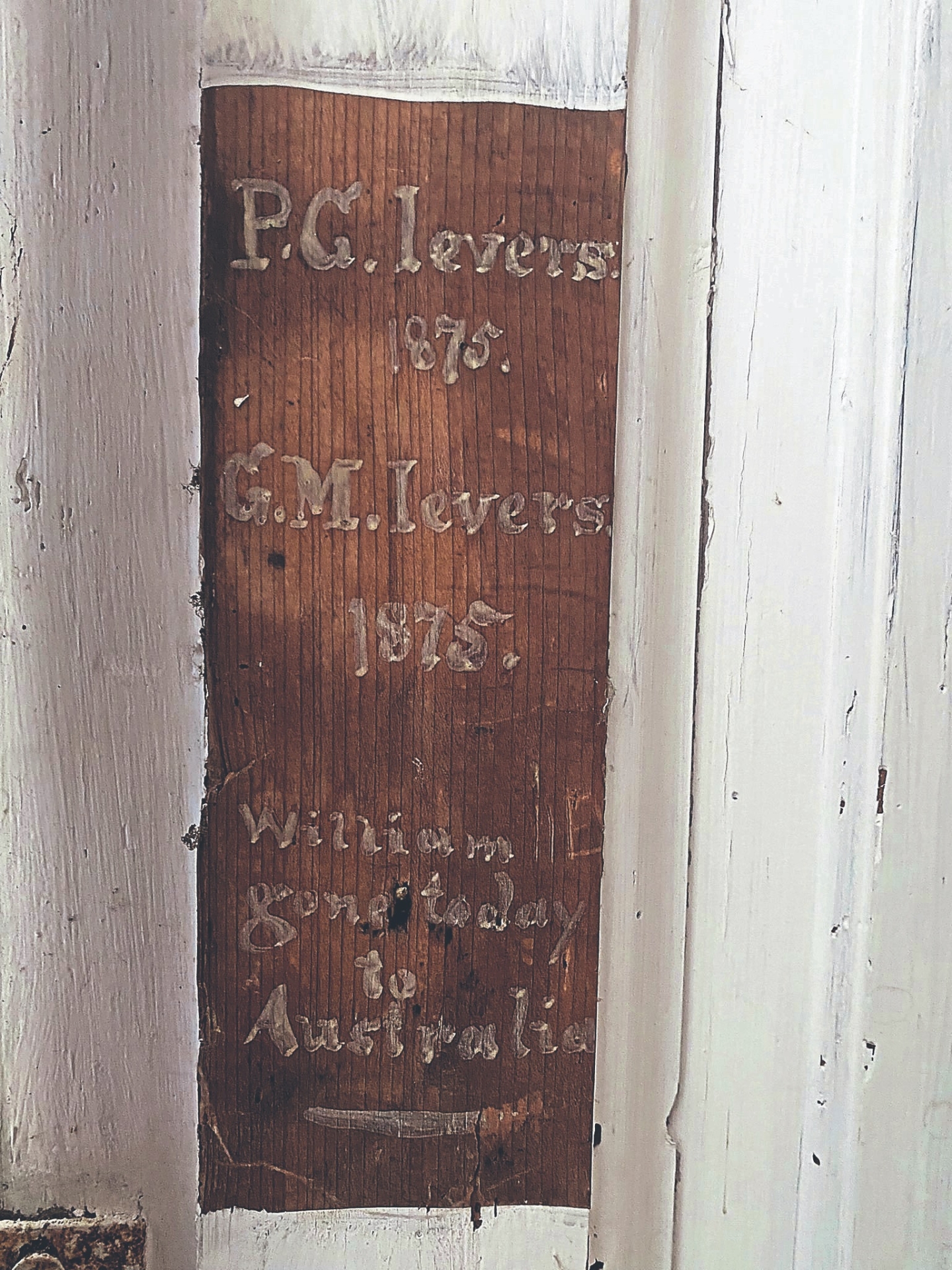 Taking up the story, Karen said: “The doors didn’t have knobs on them, so it was a job to get them open. But once we did, we looked inside, and it was a little closet space. There was a bar for hanging up clothes, a hook on the side and I happened to notice the panel.”

She explained how William went to Australia to make his fortune in gold, while George Maurice Ievers (G.M.) later joined him, and Philip (P.G.) was to become a surgeon, serving in the Afghan war of 1878, saving many at Khyber Pass.

In 1897, he married a Studdert, and their only son, Phil de Clare become a monk.

“Norman’s great grandfather [George] went off and became a shareholder in a major goldmine company there, having invested some of his own money. He owned 57% and a Mr Creaven, also from Ireland, owned 27%. They became very wealthy men after they found gold. In fact, one of the goldmines in Australia was named after my husband’s great grandmother Phoebe,” Karen explained.

William and George made their fortunes and brought it back to Ireland.

Something that must be remembered too, is the emotional toll someone going to the other side of the world in the 1800s would have had.

It’s a trip which would have taken several weeks, and there would have been real question marks over whether William and George would have ever returned to their homeland.

“It would have been a very emotional and poignant trip back in the 1800s,” Karen acknowledged.

She said she was “stunned” to find these inscriptions, and when she posted about it on the Internet, it struck a chord with many.

“I put it on Twitter as I felt it was a piece of history. It made the people who lived in this house before in the 19th century come alive. We made a connection again. I think deep down we all yearn to connect with our family members who came before us and this inscription gives us a small glimpse into their lives. It’s what I call living history,” Karen, who is a member of the Sixmilebridge Historical Society, said.

As a result of this, herself and husband Norman are considering leaving their own message for whoever is in their family home in a century’s time to read.

Although the home, Mount Ievers Court, is in Sixmilebridge, the family are from strong Limerick stock.

Henry, who built the unit, had the honour of holding the office of the Mayor of Limerick in 1746.