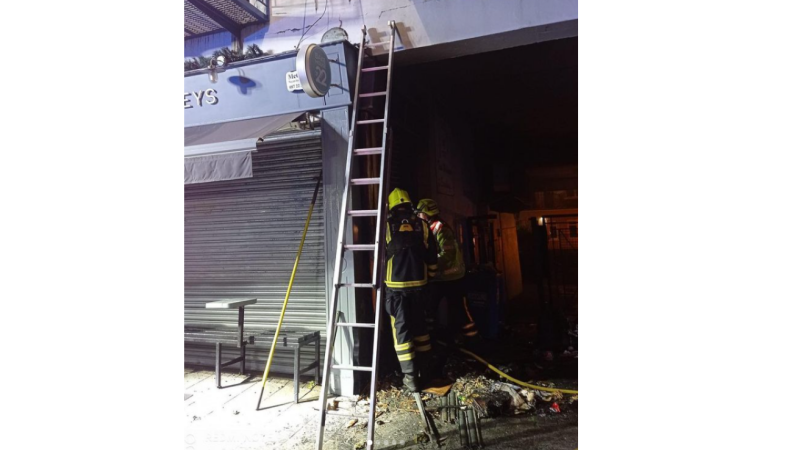 A FAMILY run café in Limerick has suffered extensive damage in a fire started outside their property.

Bakehouse 22 on Nicholas Street is run by husband and wife team Mike and Sheila Tracey.

The fire is believed to have originated in a bin located near the property, but not owned by the café.

Six units from Limerick City Fire Station were called out to the incident at 3:30 this morning.

Mike was alerted to the incident in the early hours of this morning and said he was not too worried at first.

"When I turned down Nicholas Street and saw all the fire engines I realised then it was worse than I expected.

"There is a lot of smoke damage in the café, the three windows will have to be replaced and the fridges are damaged as well."

Mike said his main concern was to make sure the team can fulfill their orders for cakes and catering customers.

The café was closed today as clean up work was carried out but they will be open as normal tomorrow.

"We want to get the show back on the road, we are busy with communions and confirmations so we want to make sure people are being taken care of".