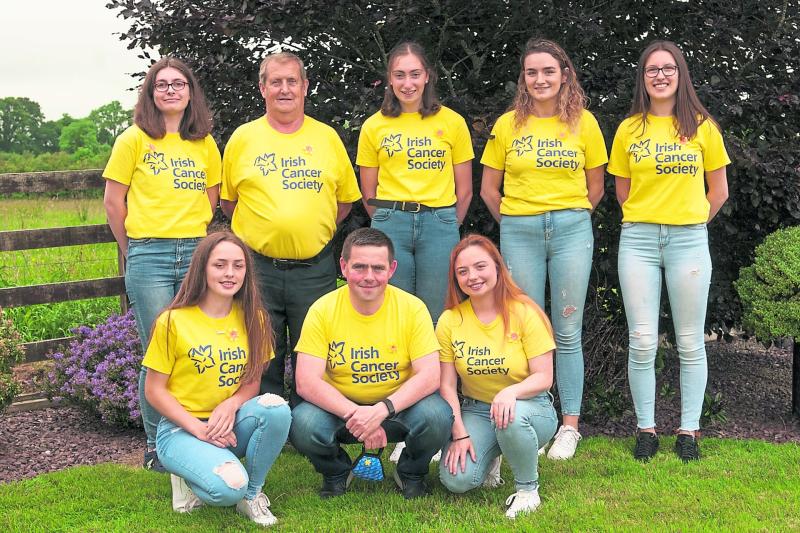 YOU’VE heard of the Famous Five and Secret Seven, well, in Pallasgreen they have their own ‘Mighty Eight’.

It takes place from 5pm this Saturday, on the grounds of Nicker church. A special Mass will take place at 6.30pm on Saturday for people whose lives have been affected by cancer. All are welcome.

As always, money is being raised for the Irish Cancer Society. All are welcome to come down, wish them luck, have a chat and put some money into the collection bucket. If you can’t make it in person there is a GoFundMe page called Mike’s sleep-out and fast.

This was all started by the 72-year-old Pallasgreen man eight years ago. Mike started off with a coffee morning at his house which quickly grew to be the longest coffee ‘morning’ in Ireland. Beginning before 7am, coffee and buns were served until well after midnight.

Unfortunately, Covid has put paid to that for the last three years but Mike – a bowel cancer survivor – wasn’t going to allow a year go by without raise money for the Irish Cancer Society.

It morphed into a fast and sleep-out. At the beginning, Mike was ably assisted by Saoirse Corbett, Tara Campbell, and Sarah Dillon. They have been boosted over the years by four more young people.

“I have the same mighty eight this year. They are unbelievable. You could travel anywhere and you wouldn’t get a group like them. To give up their time to do it like they do is incredible,” said Mike.

“Every cent goes to an incredible charity,” said Mike.

Not only are they sleeping out and fasting this weekend each member of the team will be completing 9,000 steps in remembrance of all those who have died from cancer last year in the coming weeks.

Mike’s fundraiser normally takes place in August but as their new parish priest Tomas O'Connell has a fundraiser planned for late July they brought it forward to April so the two wouldn’t clash.

“We said we would go with this weekend because Limerick aren’t playing!” said Mike.